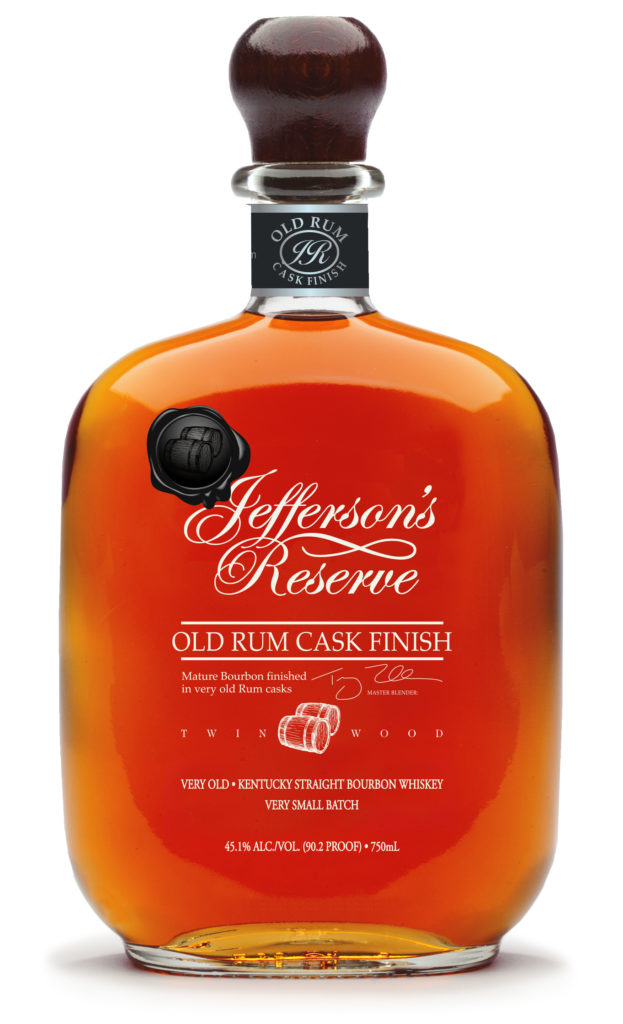 Founder of Jefferson’s Bourbon, Trey Zoeller, tells us he started the aging process by procuring Kentucky straight bourbon that was originally aged for eight years in Kentucky.

In December 2014, this bourbon went into old Gosling’s Rum barrels, which previously housed the Family Reserve Old Rum, named the Rum of The Year by The Caribbean Journal in 2012. The barrels themselves have a compelling history — they held bourbon for four years, then held Gosling’s for 16 years, then were sent back to Trey for this experiment, in which he dumped the eight-year old, straight Kentucky whiskey.

The bourbon finished for 15 additional months in these barrels before bottling.

“A couple of years ago, I was with Malcolm Gosling and tried his Old Gosling’s Family Reserve and thought it was fantastic,” says Zoeller. “Not being a rum drinker, I poured a little Jefferson’s Reserve and topped it off with the Gosling’s Old Rum and loved it. I immediately asked Malcolm if I could get a hold of his Old Family Reserve Rum cask.”

This is not the brand’s first collaborative project. Zoeller has worked with nationally-renowned Chef Edward Lee of 610 Magnolia in Louisville, KY to create a special Chef’s Collaboration bourbon meant to pair especially well with Lee’s spicy Korean food.

“Sometimes you act on a hunch and it turns out as you expected it to,” adds Zoeller.

Trey barrel-aged a Manhattan and sold the finished experiment as a premium bottled cocktail nationwide in collaboration with Esquire magazine, and, most recently, he’s collaborated with James Beard Award-winning Chef John Besh in an experiment to float barrels of bourbon along the waterways from Louisville to New York City to determine the difference in maturation and taste from shipping methods of the past and today.

Zoeller put the brand on the map by daring to go where most other producers would not. He has sent bourbon barrels on global ship voyages – in the Jefferson’s Ocean which we were the first report on BourbonBlog.com –  crossing several continents and climate zones in the process – and he has aged bourbon in wine barrels to see how it would affect its finish.

To be first to learn more Bourbon updates like this, subscribe to our Bourbon newsletter on this link.