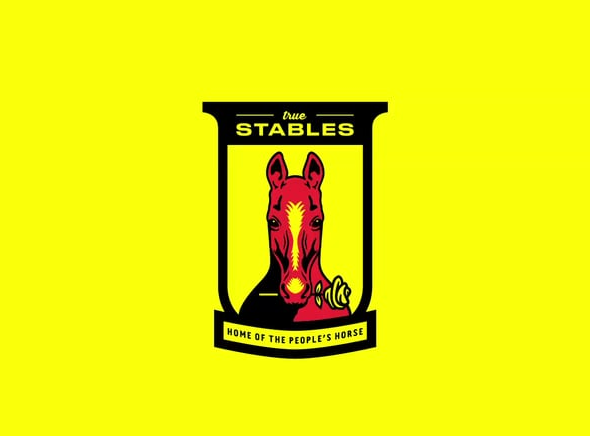 The first-ever crowdsourced campaign for a racehorse is in its homestretch. Today, June 24 marks the last day you can own part of a racehorse and back the True Stables: Home of the People’s Horse campaign.

For Bourbon fans, that means when you invest any amount $5+ for the True Stables: Home of the People’s Horse, you’ll be entered to win a bottle of 15-year-old Pappy Van Winkle.

Listen to the podcast above as BourbonBlog.com‘s Tom Fischer speaks with Geoffrey Gray, founder True Stables and True.Ink about this project he started. They’ve raised over $40,900 and have more than 360 founding members, which makes them the largest racing club in America.

Gray explains that a dream like having a racehorse horse usually takes more than just being “rich”.

“To get in the game you have be extremely rich,” says Gray.  Gray and his team have visited Kentucky Derby, Preakness, and Belmont this year with a life-size horse statue that fans have autographed with suggested names for the horse.

A $5 investment in this campaign allows you to become a “Founding Stablemate” and gives you the the opportunity not only help name the horse, but also potentially win the bottle Pappy 15. Other investments listed on the  range from $45 for a polo shirt, $500 for riding boots up to thousands of dollars which have perks including experiences from Saratoga to the Kentucky Derby.

Historically, other racehorse investments programs have consisted of “buy ins” of $15,000 increments. However, Gray says they wanted to make the opportunity to become a “Founding Member” affordable for the minimum investment of $100. This perk includes voting rights on stable matters, intimate barn visits, reports on The People’s Horse, and invites to race day parties and special events. The Club will be responsible for selecting trainer, breeder and actual horse once things begin.

The great equality of “The People’s Horse” is that a larger investment won’t yield more “dividends” on winnings, but instead will yield more perks and access. The  problem that Gray saw with similar horse investments was the paperwork and other regulation challenges with paying out dividends if the horse were to be profitable. Gray says it might cost hundreds of dollars plus a lot of time to certify each investor just for the sake of sending a $5 check.

Thus, Gray says backers should not seen this as an investment vehicle, but instead a way to be part of a new lifestyle which will have many fun perks. 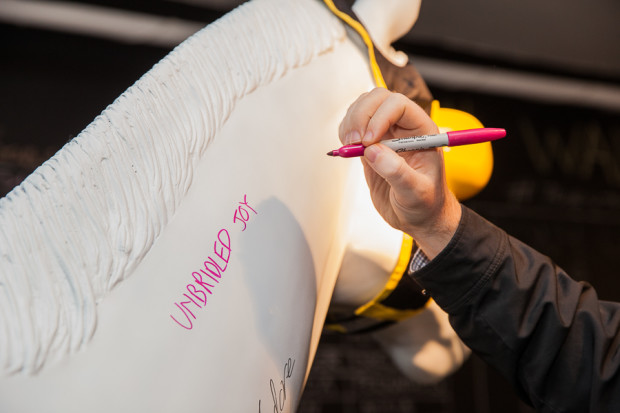 Gray openly admits that this is a “high risk investment” and won’t bring instant gratification.

He says that the horse ends up winning “crazy money,” the money will return to the club and all members will have a chance to vote on what happens next”

“If we decide want to buy our own Bourbon distillery, we can do that.”

If you’d like to learn more, visit True Stables: Home of the People’s Horse.

True.Ink is a new magazine with the goal of putting you in the story, rather than just telling you the story.

For full and open disclosure, BourbonBlog.com’s Tom Fischer invested in this campaign. He loves the idea of True Stables, agrees it is both high risk and fun, and is sharing this story purely as editorial piece.