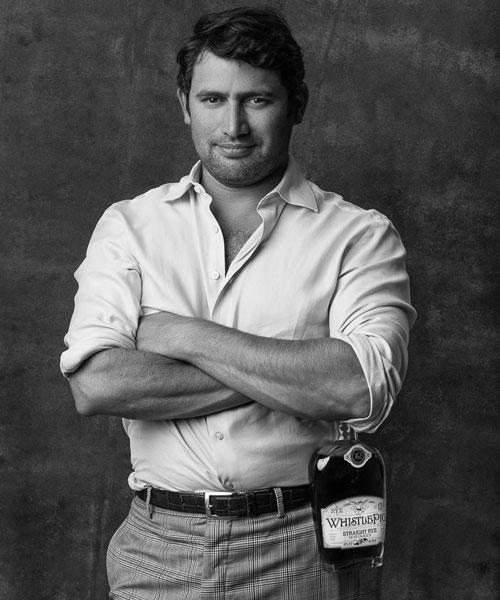 Pickerell says he believes it is all in an effort to steal the control of the small distillery to sell to a major spirits company.

The two minority shareholders are Christopher Evison and Wilco Faessen.

In this interview, Pickerell describes why he believes the allegations are false and do not rise to a level to remove Bhakta from his farm and his company.

The two billionaire shareholders, according to Pickerell, are “trying to find a way to blow Raj Bhakta out of control and take a family owned, farm business out of his hands so that they can sell it and take profits at a faster rate than they would have already gotten it.”

Does Pickerell think Raj is capable of running the company?

“All you have to do is look at the success of the company”. Pickerell points to the creation of an iconic brand that has been responsible for the growth of the whole rye category. In addition to winning several awards, The WhistlePig 10 Year Old became the highest rated rye whiskey ever from Wine Enthusiast. Additionally, the Boss Hog and Old Word Series  have both received Double Golds at San Francisco World Spirits Competition.

After working with and consulting well over 100 distilleries, Pickerell says that Bhakta comes closest to comparing with the entrepreneurial genius of Bill Samuels, Jr. of Maker’s Mark of almost anyone he has seen in the spirits business. (Left to Right: Pickerell and Bhakta pictured below.) 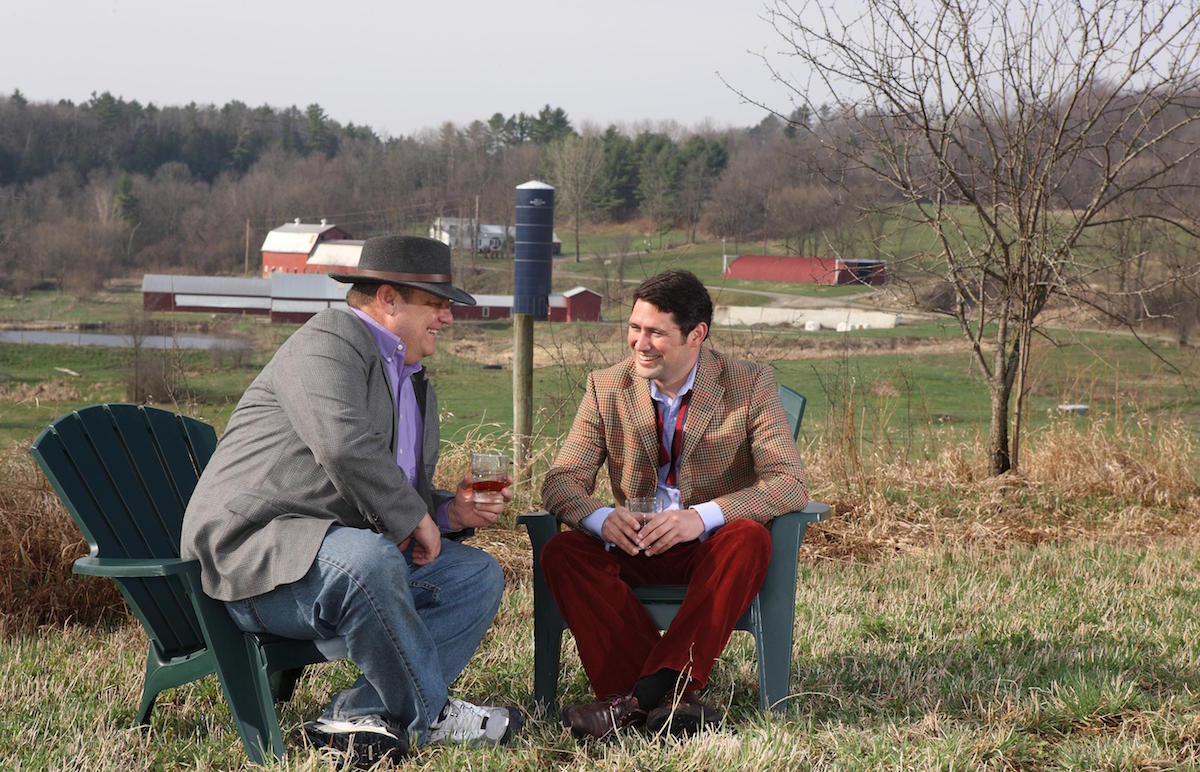 The WhistlePig 15 Year Old Vermont Estate Oak Rye was released earlier this year with a glimpse of the grain to glass (a.k.a. “farm to bottle”) vision that the distillery and farm have always intended.

Pickerell says he and Raj have always had the vision of being “triple terroir.” That would mean that their whiskey would be 100% produced from their grain, water and barrels made from oak trees grown on the WhistlePig Farm in Shoreham, Vermont.

Pickerell tells us they may have a Boss Hog release later this year and possibly a release made from a marriage of whiskey made from their grain married with the Canadian source they use.

How This Attempt to Steal WhistlePig  Started

It all started when minority share board members Wilco Faessen and Christopher Evison called a meeting at the Park Avenue boardroom of Quadrant Capital Advisors. Bhakta tells Burlington Free Press:

(Bhakta) said he thought the meeting was going to be friendly. He was wrong.

“They marched in six people,” Bhakta said. “They said, ‘Listen, you have two options: You resign, and we put the company on the block and sell it. You walk away with a lot of money. The second option is we file this complaint … and we’ll bankrupt you in court and destroy your reputation.'”

Bhakta filed a complaint which can be viewed on this link courtesy of WhiskyCast.

Message to Wilco Faessen and Christopher Evison from Pickerell:

“I wish they would be happy with the contracts and agreements they’ve got and allow us to do our thing.”

“Challenging moments define us all. We are in one now. It is how we respond to these that reveals our true character. Whiskey is all about character. At WhistlePig, we began with a clear vision to make the finest whiskey in the world, farm-to-bottle, on our independent 1300 acre farm. We remain dedicated to that task. All in. Full stop.”

BourbonBlog.com has reached out to Christopher Evison and Wilco Faessen for comment. We’ve had no response yet.

We will stay with this story. Subscribe to our newsletter on this link for more updates on this and other whiskey news.