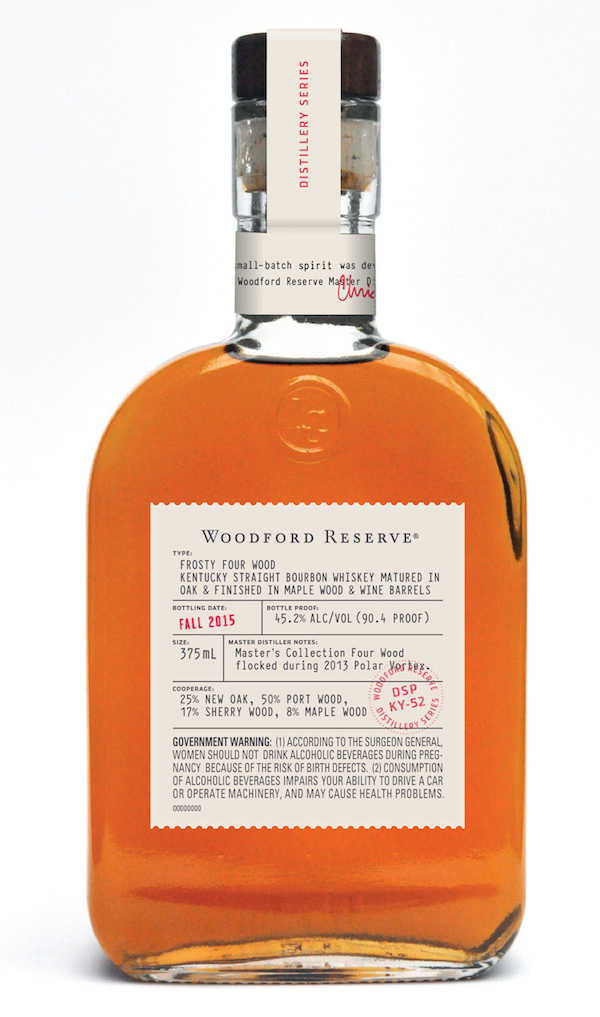 Woodford Reserve tells BourbonBlog.com that the latest Distillery Series expression will be the Frosty Four Wood. Frosty Four Wood is a unique batching that was influenced by the 2013 Polar Vortex. The whiskey is mature Woodford Reserve bourbon, aged in American Oak and finished in barrels made from Maple Wood, Sherry Wood and Port.

Bottled at 90.4 proof, it has a suggested retail price of $49.99 for a 375ml bottle. It is only available for at the Woodford Reserve Distillery and select retailers in Kentucky

Master Distiller Chris Morris explains how the record-low temperatures in Kentucky during the 2013 Polar Vortex influenced the whiskey:

Since Four Wood had a significant amount of wine character from its finishing in Sherry and Port casks it became cloudy at -29F.

Once the temperature warmed up this pallet of Four Wood stayed cloudy and was therefore unsaleable. Instead of destroying the product I had the bottles emptied and the product refiltered (after much experimentation) to return its clarity and brilliance.

This of course required the removal of a portion of the port and Sherry barrels. The result is a whiskey that is slightly less sweet and fruity than the original. Still awesome! 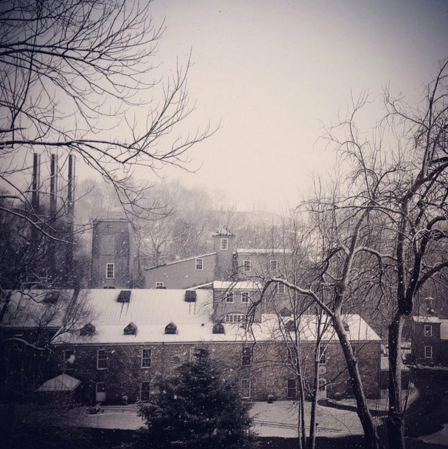 The Distillery Series expressions are small-batch offerings available only at the distillery and select retailers in Kentucky.