1-5-2016: An update the story has happened which will likely change the auction click here for most recent update and read original story below. 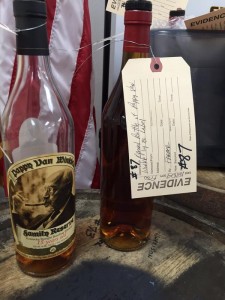 isten to our podcast interview above as we report that one of the greatest holiday gifts as we end the year (and Bourbon blessings as we begin 2016) is that the 28 bottles of stolen Pappy Van Winkle are scheduled to be saved and auctioned for charity.

Given the scarcity of Pappy Van Winkle on the whole combined with the historical value of the theft, these stolen bottles could represent one of the most unique collections ever.

Franklin County Sheriff Pat Melton tells BourbonBlog.com in this exclusive interview that the plan is to auction the stolen bourbon rather than destroying it. Melton says that Circuit Judge Thomas Wingate will ultimately hand down the order allow the Bourbon to be auctioned one the case is adjudicated. Melton says that while the judge has the final say, Wingate has expressed support for the auction.

Since the unveiling of the stolen Pappy Van Winkle and other evidence during the famous press conference in April 2015 when the indictment was announced, Melton has been clear that he wanted to preserve the untainted and unopened bottles of stolen Bourbon.

Melton says that the empty Bourbon barrels will also be auctioned.

One partially opened bottle will be donated to the Capital City Museum in Frankfort, Kentucky.

All of this will happen after the case has been adjudicated. Melton says he hopes the case will go to trial toward the beginning of 2016.

Melton says he isn’t sure yet if they will be sold as a lot or individually. However, the bottles will have a letter of authenticity included.

Currently, the charities being considered are Kentucky Sheriff’s Association Boys and Girls Ranch and United States Marine Corps EOD (for Wounded Warriors and Families of those who have lost service members). 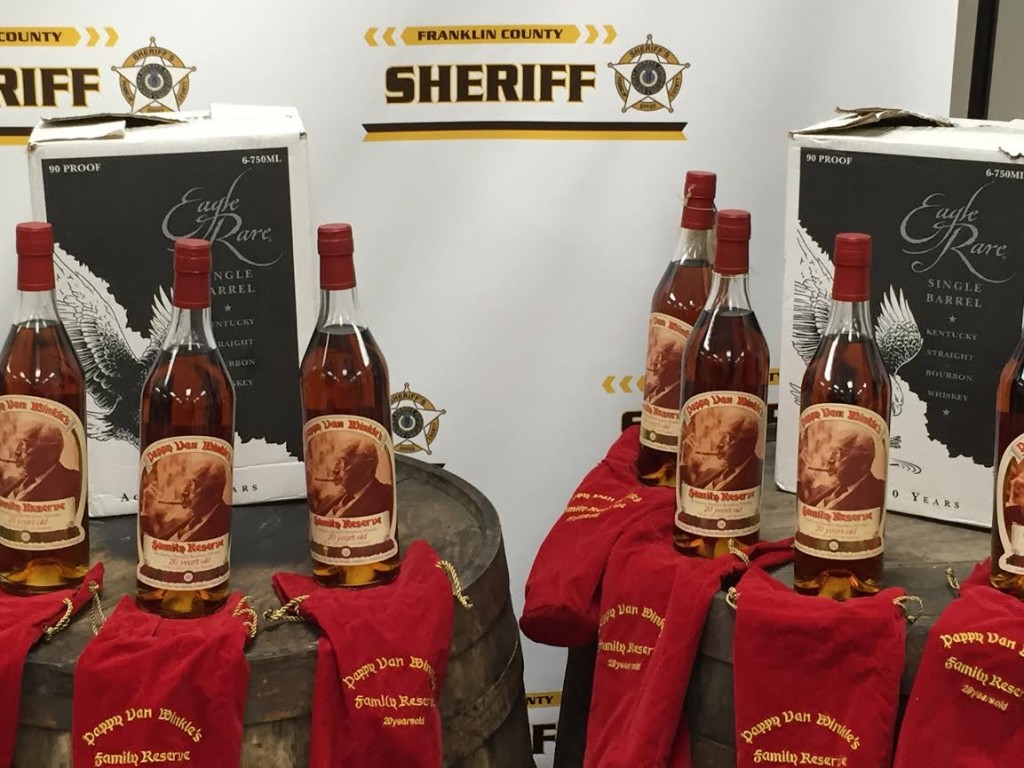