Nick Offerman and Lagavulin Scotch Whisky have released several videos for the holidays with non-stop sipping and sitting by the fireplace including a 45 minute (watch above) and 10 hour version.

Lagavulin tells BourbonBlog.com the videos help to celebrate the 49th anniversary of WPIX of New York’s first Yule Log broadcast of a fireplace on Christmas eve night . The tradition started in 1966 and has continued inspiring countless varieties of media which give the ambience of a fireplace.

The official My Tales of Whisky YouTube channel also features Nick Offerman making a recipe with  Oban 14 ( see below), also a part of Classic Malts of Scotland collection. 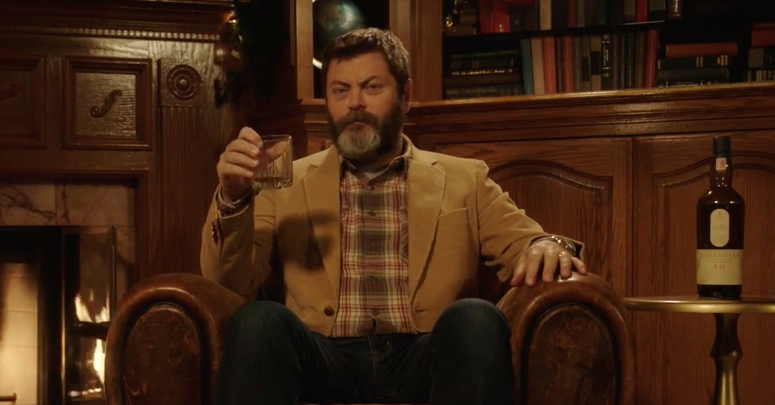 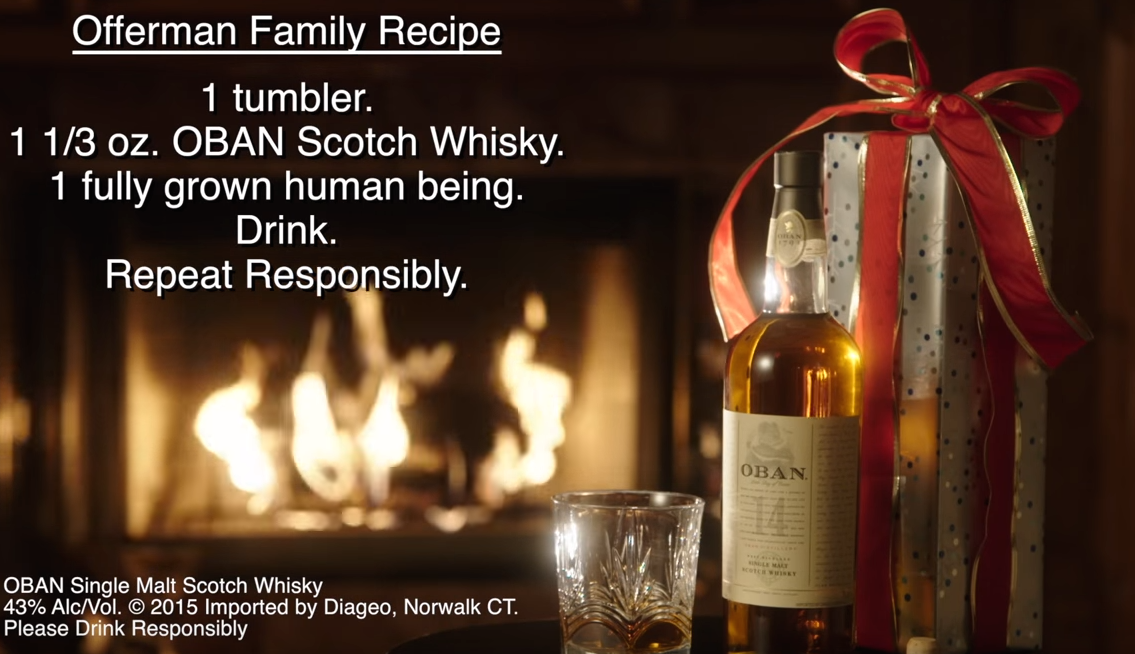