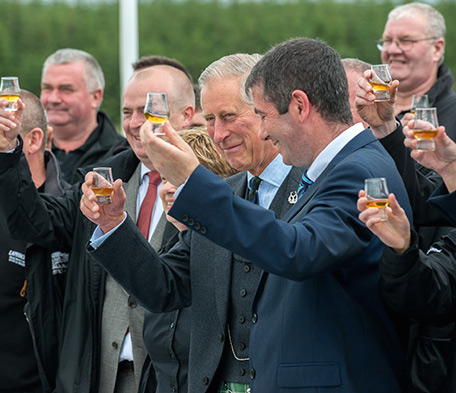 2015 marked Laphroaig’s 200th anniversary as a distillery in Port Ellen, Isle of Islay. Along with a royal visit from Duke of Rothesay Prince Charles to the distillery (pictured here with Master Distiller John Campbell), several rare whiskies were released.

We’re including the rare whiskies below for those who want to surprise a whisky enthusiast with a unique gift.

Often called one of the “most richly flavoured Scotch Whiskies,”  the Laphroaig collection ranges from both accessible luxuries to extremely rare.

They vary price from around $45 to $1,200 or more considering vintage and limited edition offerings.

For more updates and whisky suggestions from American whiskey to Scotch, subscribe to our newsletter on this link.

($1,200) Laphroaig 32 Year Old Scotch Whisky, created to commemorate the distillery’s 200 year anniversary in 2015, is an extremely rare bottling available in limited quantity for 2015 only.

The liquid has acquired a rounded character and exceptional smoothness after lying solely in the finest ex-Oloroso casks for 32 long years.

($91) In celebration of the 200th anniversary, the incredibly popular Laphroaig 15 Year Old Single Malt Scotch Whisky has be re-released for a limited time.

With a milder smokiness than Laphroaig 10 Year Old, the liquid has a soft dryness and a faint hint of the sea.

The resulting expression garnered fans and won awards from all over the world and is one of Master Distiller John Campbell’s longtime favorite expressions. 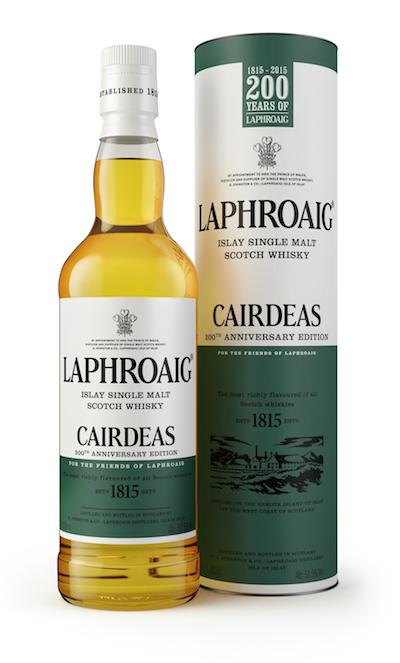 (Around $80) Each year Laphroaig Master Distiller John Campbell makes a limited edition malt to celebrate friendship (“Cairdeas” in Gaelic). The 2015 bottling
is produced from the finest malting floor’s malt, distilled using only the smaller stills, and fully matured in No. 1 warehouse, right by the sea.

Laphroaig says Cairdeas 2015 is John’s interpretation of how Laphroaig would have been produced at the distillery 200 years ago.

While this is a NAS (No Age Statement) whisky, various reports estimate it to around 11 to 12 years old.

Laphroaig says this results in a unique expression to be savored by Friends of Laphroaig old and new.