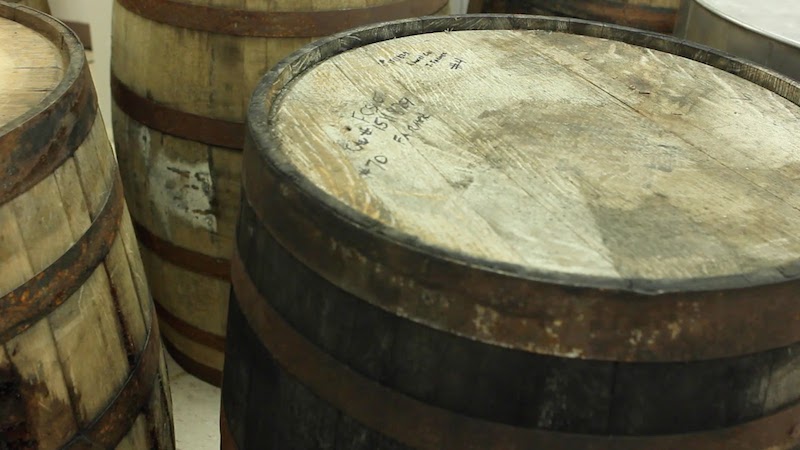 Dustin “Dusty” Adkins of Georgetown, Kentucky has pleaded guilty in the Great Bourbon Syndicate. While BourbonBlog.com has been covering this story since our first report in October 2013, new admissions reveal that this criminal activity dates back even further than authorities originally believed.

In fact, Dusty Adkins tells authorities he acted as a middleman for alleged ringleader Gilbert Toby” Curtsinger in the sale of bottles of Pappy Van Winkle and 11 barrels of stolen bourbon; some dating back all the way 2006. Until now, the thefts and criminal activity were reported to have commenced in 2008.

“We were aware that the cases may have dated back to 2006, but we had no proof. Now we do,” Sheriff Melton tells BourbonBlog.com 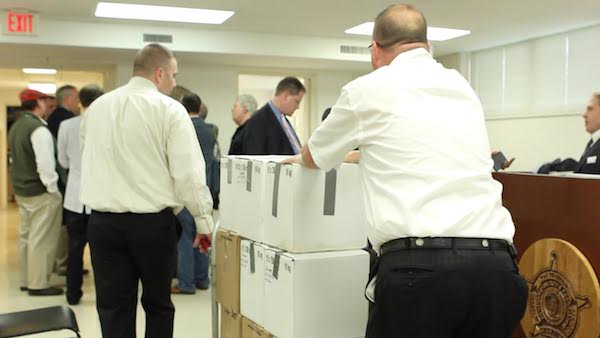 Adkins was among nine suspects indicted in April 2015 after being accused of stealing more than $100,000 in bourbon from Wild Turkey and Buffalo Trace Distilleries. Since the April press conference, more has surfaced including other guilty pleas and a former Buffalo Trace security guard who plead guilty to to aiding in the crimes.

For more updates on the bourbon thefts, subscribe to our Bourbon Newsletter on this link. Watch our video coverage from the press conference at bottom of this story and read on…

As reported today by Brad Bowman of The State Journal, Frankfort, Kentucky in this story today:

The State Journal originally reported Adkins admitted to selling four barrels of bourbon to two individuals in Georgetown. Without compromising the investigation, Becker 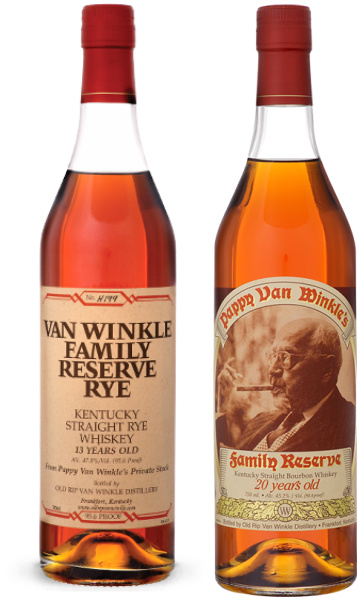 couldn’t speak to the individuals involved in the transactions of the additional seven barrels.

“The 11 does include those four barrels. The additional barrels — the sales — were arranged for Curtsinger between those individuals. They are being tracked down now for the sheriff’s office to follow up so I can’t give any information about those sales,” Becker said.

“The involvement with Pappy Van Winkle between Mr. Adkins and Mr. Curtsinger is per Mr. Adkins affidavit said to go back as far as 2006.”

Becker couldn’t give a specific amount of Pappy Van Winkle allegedly moved by Curtsinger and Adkins, given it is a pending investigation, but said it involved cases of Pappy Van Winkle and the two bottles returned to the sheriff’s office today included one 15-year and a 20-year bottle. 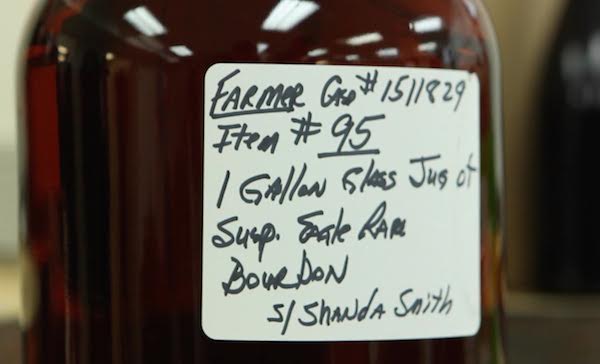 With the inclusion of Adkins, Becker said the prosecution has at least 15-20 individuals that will testify as witnesses. Those individuals include Shaun Ballard and Ronnie Hubbard, two of the original indicted nine suspects, and former Buffalo Trace security guard Leslie Wright.

Whether the additional barrels are from Buffalo Trace Distillery or Wild Turkey, Becker said he couldn’t comment.

“There’s a lot of information here that he provided that will be followed up on by the sheriff’s office,” Becker said. “I think very enlightening to the case. New places and new faces all leading back to the same place.”

Where that same place is, Becker said, he couldn’t comment at this time, but added Adkins clearly was a middleman and provided financial information between he and Curtsinger.

Photos by and video filmed and edited by Will Hartstock.
Tell your friendsTweetPinterestPin