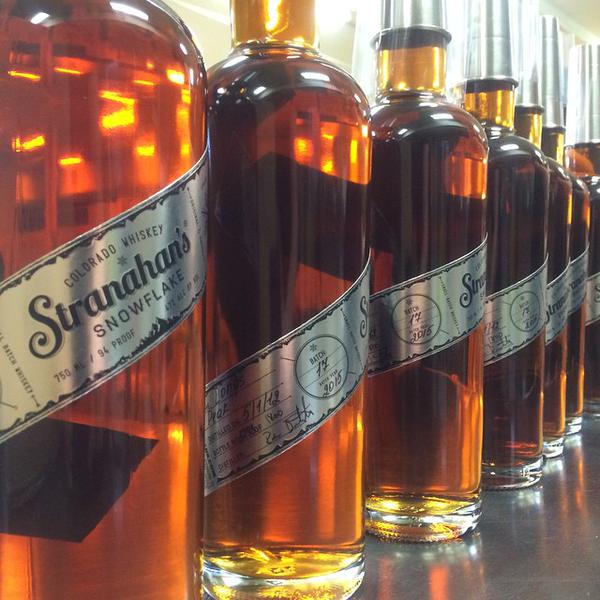 Stranahan’s tells BourbonBlog.com the Snowflake #17, The Long’s Peak Snowflake will be a limited release available at the distillery only.

The Snowflake starts with from Stranahan’s Colorado Whiskey which is aged to fruition in white American oak barrels with a #3 char for no less than 2 years and cask. After being fully mature, the whiskey is then finished in a select series of used barrels from around the globe.

Chancellor wine cask from the local Spero winery
Sherry Oloroso from Spain
(2) 5year Stranahan’s Colorado Whiskey barrels
ESB double-wood (ESB from Breckenridge Brewery,cask-finished in a Stranahan’s barrel. It was then returned to Strahana’s and re-filled with 3 year whiskey & aged for 2 more years)

On the Palate: Grandma’sKitchen & Grandpa’s Garage– Dark cocoa, black walnut, honeycomb &hazelnut, bell pepper & smoky chipotle apricot, rolling smoothly out to thegarage with fresh grass-clippings, pencil-shavings, holster leather & fermentedtobacco with a mild hint of gunpowder and coffee, finishing with a hand-spunbutter mouthfeel like the first creamy bite of chocolate mousse. I’m runningaway to Las Vegas with this one and getting hitched by Elvis!