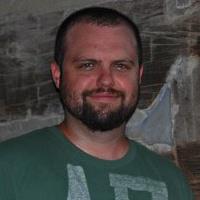 BourbonBlog.com asks for your prayers and thoughts as we have learned that Kyle Devin Rogers, assistant distiller at Silver Trail Distillery, has died from a result of injuries caused by an explosion and fire at the distillery.

On April 24, 2015, Silver Trail Distillery in Hardin, Kentucky experienced what appears to be a massive equipment failure, resulting in an explosion and fire that destroyed the facility.47-year old second distiller Jay Rogers and his assistant, 27-year-old Kyle Rogers, were both injured.The blast caused the two men to be thrown about 25 to 35 feet. They were both airlifted to Vanderbilt University Medical Center in Nashville.

At the time of his death, Kyle Rogers was being treated at Vanderbilt.

For information on how to make expressions of sympathy to the Kyle D. Rogers Scholarship Fund, and to make online condolences, click here. Funeral and Visitations arrangements below along with obituary courtesy J.H. Churchill Funeral Home. Kyle’s family asks for your respect and privacy in the coming days as they lay their son to rest. 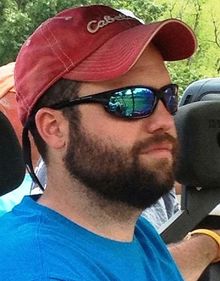 Kyle was born in Murray, Kentucky on April 4, 1988 to his parents Don and Rhonda Rogers of Murray. Kyle was a 3rd Distiller at Silver Trail Distillery in Hardin, Kentucky and took much pride in being a moonshiner. He was the PA announcer for the Calloway County High School Laker Football and Basketball teams. Kyle had worked for the Murray State University Athletic Department as the play by play announcer known as the “Voice” of the Lady Racers for 6 years. He also did some play by play for Murray High School Basketball, and both the Calloway and Murray High School Softball teams. He previously was the sports writer for the Murray State News for 2 years and had worked as the substitute sports writer for the Murray Ledger and Times.

Kyle graduated from Calloway County High School in 2006 and went on to receive his B.S. degree from Murray State University in advertising with a minor in marketing. He played percussion with the Laker Band, Racer Band, and the Eklipse Drum and Bugle Corp. He was a member of the Sigma Chi Fraternity and was awarded Outstanding Sigma Chi Senior and was a member of the Hardin Baptist Church. Kyle was an avid sports fan of the Murray State Racers, the New Orleans Saints and the St. Louis Cardinals.
Kyle was preceded in death by his grandparents, Nancy and Jimmy Rogers. He is survived by his parents; one sister Allison Rogers of Murray; grandparents, Jimmy Garland and Carol Stone both of Murray and Gayle and Donna Russell of Mayfield, Kentucky; his Uncle David and Aunt Renee Garland and Uncle Danny Rogers; as well as his cousins, DJ Garland, Natasha and Ernie Chadwick and Chuck, Twilla, and Hannah Williams

Funeral services will be held on Friday, May 15, 2015 at 11:00 a.m. at the J.H. Churchill Funeral Home with Bro. Ricky Cunningham officiating. Eulogies by Mr. Shane Smith, Mr. Tim McAllister and Mr. Dustin Wilson. There will also be a white rose ceremony held by the Sigma Chi Fraternity.

Expressions of sympathy can be made to the Kyle D. Rogers Scholarship Fund, Calloway County Board of Education, 2110 College Farm Road, Murray, Kentucky 42071

Online condolences can be made at, www.thejhchurchillfuneralhome.com

“We are deeply saddened to report that our son, Kyle, passed away last evening. And yet, we take solace in the fact that he is in God’s comforting hands and is being greeted by cherished loved ones. We know Kyle is at peace and free of the pain from the last two weeks. We cannot begin to express our thanks for the wonderful and caring medical team at Vanderbilt Hospital and the tremendous outpouring of support from friends and loved ones, especially the family of Jay Rogers who have stood by our side and shared in our prayers.

We also would like to thank Spencer Balentine and all of Kyle’s colleagues at Silver Trail Distillery. Kyle took so much pride in being a moonshiner, and we are grateful that he was able to work in a profession that he loved so much. It is now our turn to pray for all those who knew and loved Kyle, and to show our thanks through God that we were blessed to call him son, brother and friend for 27 years. He will be with us always.”