Wild Turkey tells BourbonBlog.com that it will release a new expression of American Honey this month which has been infused with Ghost Peppers – known one of the world’s hottest chili peppers.

At 71 proof and $22.99 per 750 ml bottle, Wild Turkey says they are “perfectly balancing” the heat of the Ghost Chili Pepper with the sweetness of honey liqueur for a unique flavor that is “unexpectedly smooth.” 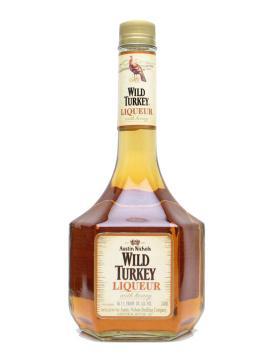 While honey-infused and other flavored bourbons have seen an explosive growth the last several years, Wild Turkey Jimmy Russell, the longest-tenured, active Master Distiller in the world, pioneered the flavored Bourbon category in 1976 with the creation of American Honey. Until recently, the liqueur was known as Wild Turkey Honey Liqueur (see one of the original bottle photos to left).

For more updates on new bourbon releases, subscribe to our free bourbon newsletter on this link.

Reports from food and beverage consulting firm Technomic, more than half of consumers (54%) said that hot or spicy foods are appealing, up from 46% in 2009. Their research showed that Millennials expressed the greatest interest in spicy foods.

Andrew Floor, Campari America Senior Marketing Director, Dark Spirits says, “Whereas American Honey was originally created in the 1970’s to help Bourbon reach a wider audience, with Sting we’re speaking to a generation of Bourbon-loving legal drinking age Millennials, both men and women, who are looking for new flavors and more spice.”

About the Ghost Pepper 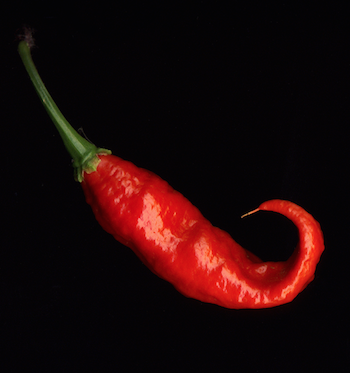 In 2007, the Ghost Pepper (Bhut Jolokia) was been certified by Guinness World Record “world’s hottest pepper” as it is 401.5 times hotter than Tabasco sauce. The Ghost Pepper is rated at more than 1 million Scoville heat units (SHUs).

“I think people are going to get a kick out of how well the heat of the Ghost Peppers goes with the honey flavor. When you take a shot, you get the forward flavor sweetness and citrus of American Honey on your tongue first, followed by the Ghost Pepper that has a subtle heat to it,” Russell tells BourbonBlog.com.

Campari America is a wholly owned subsidiary of Davide Campari-Milano S.p.A. (Reuters CPRI.MI – Bloomberg CPR IM). At the heart of Campari America are two legends in the American spirits industry. The first, Skyy Spirits, was founded in San Francisco back in 1992 by the entrepreneur who invented iconic SKYY Vodka.

The second is the world-famous Wild Turkey Distillery in Lawrenceburg, Kentucky, where they have been making the world’s finest whiskies since the 1800’s. Both companies were purchased by Davide Campari-Milano and together they form Campari America, which has built a portfolio unrivaled in its quality, innovation and style, making it a top choice among distributors, retailers and consumers.

Campari America is also the exclusive US distributor of BULLDOG Gin.