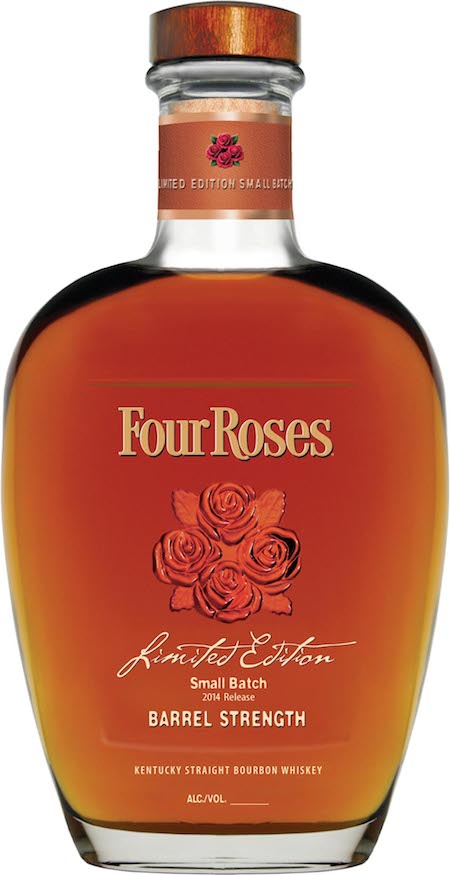 BourbonBlog.com is first to report online that Four Roses Distillery will release 2014 Limited Edition Small Batch Bourbon bottled at barrel strength in mid-September 2014, from barrels ranging in age from 9 to 13 years.

“We’ve only scratched the surface with what we can do with our ten Bourbon recipes relative to varying flavor profiles for special releases,” Rutledge tells BourbonBlog.com.

We’ll bring you our complete review of the 2014 Limited Edition Small Batch soon. Four Roses says the following about this bourbon:

It is s both bold and refreshing, with aromas of light orange zest, glazed maple and fresh spearmint. The flavor profile includes orange citrus and mellow hints of honey, which are expertly mingled with a palate of mild cloves and cool mint for a long, bold and smooth finish.

Subscribe to our free Bourbon newsletter on this link to be first to know about the release of limited edition bourbons like Four Roses 2014 Limited Edition Small Batch Bourbon.