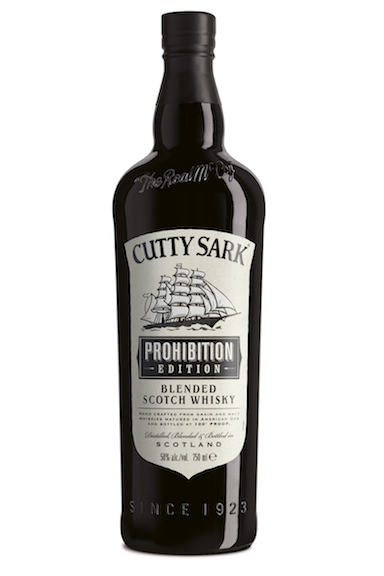 Cutty Sark tells BourbonBlog.com that they’ve released a new edition with nod to the brand’s origins during the Prohibition era.  The new Cutty Sark Prohibition Edition Blended Scotch Whisky pays tribute to the style of liquid consumed during the 1920s.

The black opaque bottle design and cork seal are a respectful hat tip to the type of whisky bottles “This blend is created with exact precision as Captain McCoy himself would approve to celebrate the 80th anniversary of such a significant era,” says Kirsteen Campbell, Cutty Sark Master Blender.

We’re told that black pepper and toffee notes with hints of vanilla are to be expected. We’ll bring you our review of this new whisky soon on BourbonBlog.com.

For more whisky updates and news on the latest releases, register for our newsletter on this link.