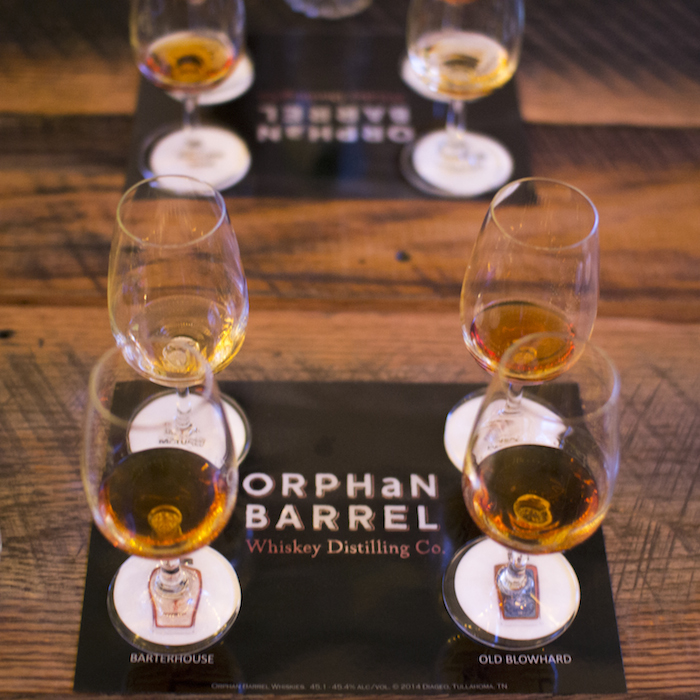 As BourbonBlog.com was the first to bring you the details on Orphan Barrel Whiskey, Matt brings us his review and story…

Diageo Master of Whiskey Ewan Morgan gave us private tasting notes on both the 20-year Barterhouse and 26-year Old Blowhard. Both of these Orphan Barrel Bourbons are set to release this month in limited supply. The bottle designs for both spirits are elegant and sentimental, reminiscent of old money. Only a 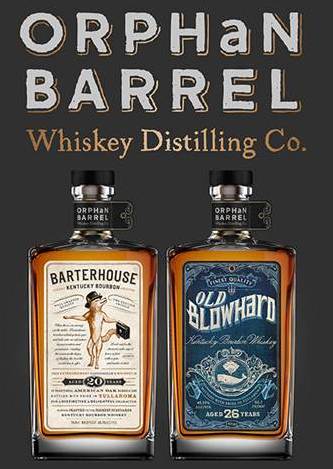 few bottles were in sight, which was odd for an event with 60+ guests. However, it made sense considering Orphan Barrel is trying to build anticipation for the release of these two bourbons.

The Barterhouse was very good. It had caramel and orange dominant flavors and finished on the dry side. The Old Blowhard was fantastic. It was a much more viscous spirit with a lot of depth and complexity. It tasted of oak, cherry, raspberry and leather. The finish was long and lingering, also on the drier side.

These whiskies were found in old warehouses at the Stitzel-Weller facility in Louisville, and needed a name and a way to reach the public. “We wanted to make these bourbons accessible for the average whiskey drinker to enjoy or buy as a gift.”

The Barterhouse is a good deal at $75. Morgan seemed to hint that only about 12,000 bottles of the Old Blowhard existed, and at $150 it is certainly not to be missed.

Photos special thanks to our good friend Anthony Caporale, who also joined Matt to taste the Bourbon.