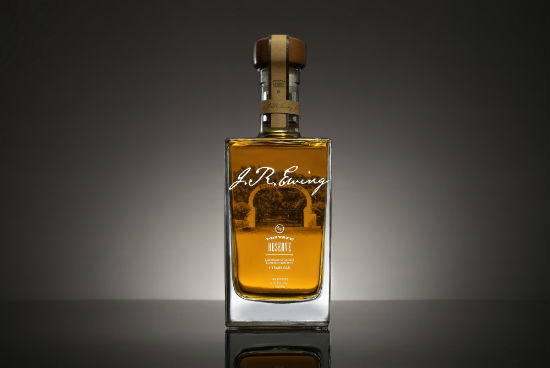 Dallas Fans, if you drinking the new J.R. Ewing Bourbon may increase your changes of becoming a Texas oil tycoon.

As season three premiere of the new Dallas airs on Monday, February 24, Southfork Bottling Company is has teamed up with Warner Bros. to launch J.R. Ewing Bourbon. Inspired by the show’s infamous character portrayed by actor Larry Hagman, J.R. Ewing Bourbon will be found on spirit retailers’ shelves beginning end of March in 14 states throughout the Midwest and South.  Several months after the initial launch, it will released nationally and then by end of 2014 it will be in international markets. . 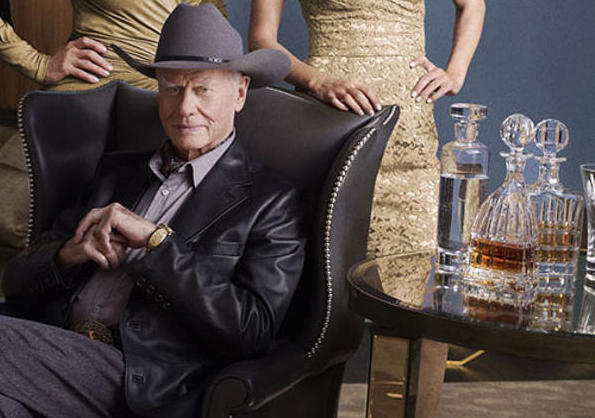 This 4-year-old, 80-prooof Bourbon has been distilled in the heart of Kentucky’s Bourbon Country by a unnamed distiller. The brand will be marketed to distributors around the United States by Prairie Creek Beverages, a national wine and spirits marketing company, and internationally by Melchers Group, a producer and exporter based in The Netherlands.

Packaging for the new bourbon features a wooden stopper and screen-printed image of the entrance legendary Southfork Ranch which you know from the the show — home of the Ewings — w seen through the front of the bottle.

“Creating a brand of such high quality is reflective of J.R.’s thirst for the best in life, and the new brand really pays tribute to the character with whom everyone around the world is familiar,”  Andy Harmon, co-founder of Southfork Bottling Company tells BourbonBlog.com.

Bourbon was the drink of choice for Dallas’ legendary character J.R. Ewing; a ruthless and egotistical Texas oil baron with discerning taste who was particular about his liquor, J.R. would no doubt have been pleased to see his own notorious name signed on the bottle of this well-crafted bourbon whiskey. 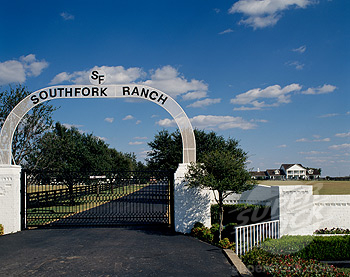 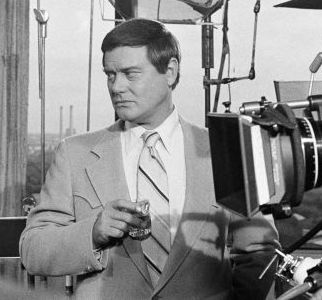 “It’s exciting to have the show and J.R.’s legacy, represented to the public in a new way,” says Dallas executive producer and writer Cynthia Cidre. “Plus, it gives the fans one more reason to celebrate Dallas!”

“My father, Larry Hagman, would have loved the fact that this new bourbon was named after his legendary character, J.R. Ewing — a signature spirit inspired by one of the most beloved, conniving and trailblazing characters in entertainment history,” said Preston Hagman.

For where to buy and more on this Bourbon’s launch and other Bourbon news, subscribe to our free newsletter on this link.