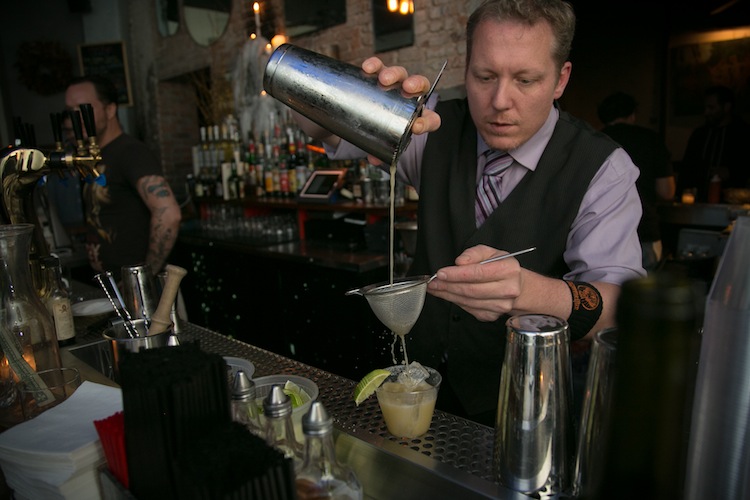 Jared Shepard tells BourbonBlog.com that he and the other co-owners of Evelyn Drinkery “Built themselves as a bartender’s bar.” In that spirit he invited four guest bartenders to battle for the opportunity to have an el Jimador tequila-centric cocktail featured on the bar’s fall drink menu. 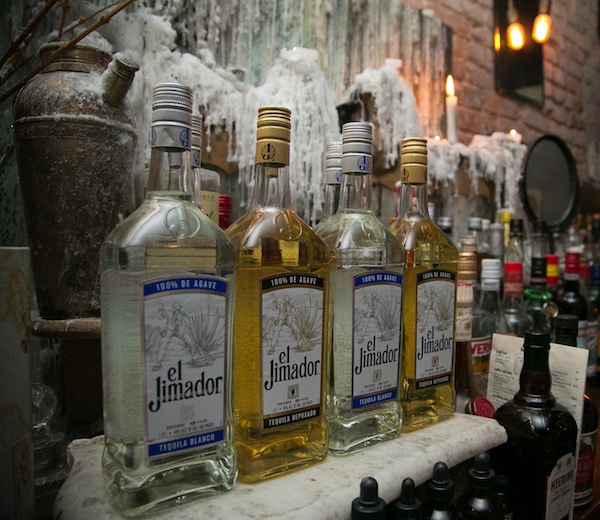 Bartender Danny Neff of Extra Fancy in Williamsburg, Brooklyn served “The Sun Also Rises,” his variation on a Hemingway daiquiri featuring Falernum, a sweet syrup that added a depth of flavor that helped cut the fresh citrus also used in the drink. Jessica Wohlers, who attended the event and is a bartender at Cienfuegos, was impressed with Neff’s balancing of flavors and said “It was a very round, refreshing summer cocktail.”

Jillian Vose of Death & Co in the East Village prepared “Segundo Primo” which means second cousin in English and refers to el Jimador as a member in the Tequila Herradura family. This was the only stirred cocktail in the competition, featuring a range of flavors from the herbal Bénédictine to the perfumy créme de pêche. Bakar Wilson, an English professor living in Brooklyn, said “Jillian’s drink is for the cocktail nerd I think. It’s boozy, it’s prominent in your mouth.” 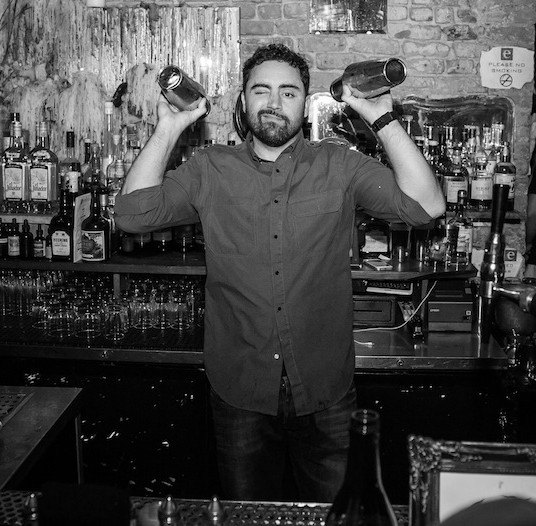 Then there was Tim Cooper of Gold Bar in SoHo who created “Solstice” which crossed the acidic flavors of pineapple and lemon with the holiday-friendly spices of cinnamon and vanilla. It tasted like a Hawaiian Thanksgiving in a glass. But the crowd of about thirty guests voted after trying the four cocktails and chose Teague’s spicy “Retox” which Wilson said “Has a nice slow burn to it, but it’s not overwhelming. It leaves a nice reminder in the back of the throat.”

In addition to having his signature cocktail on Evelyn’s menu, Teague received a $500 gift certificate to Cocktail Kingdom, a bartending superstore. Teague had seemed confident about the competition from the start when he said the winning beverage was “Drink I’ve had in my pocket for a while.” 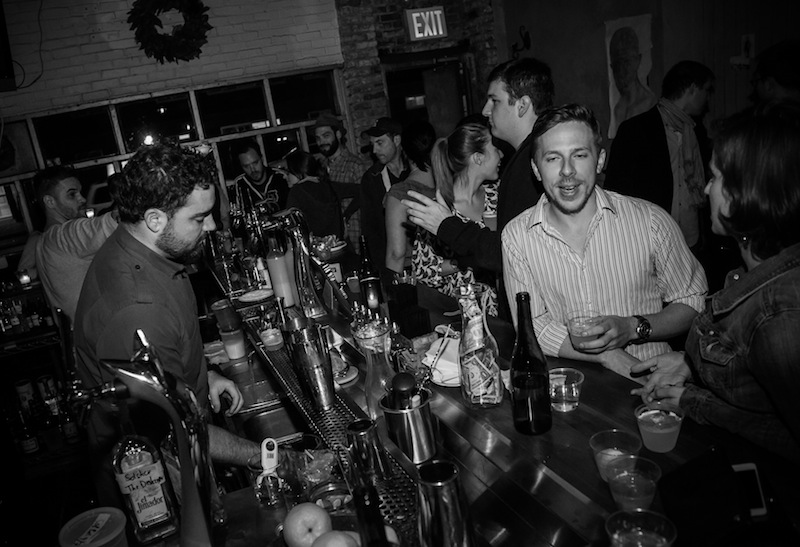