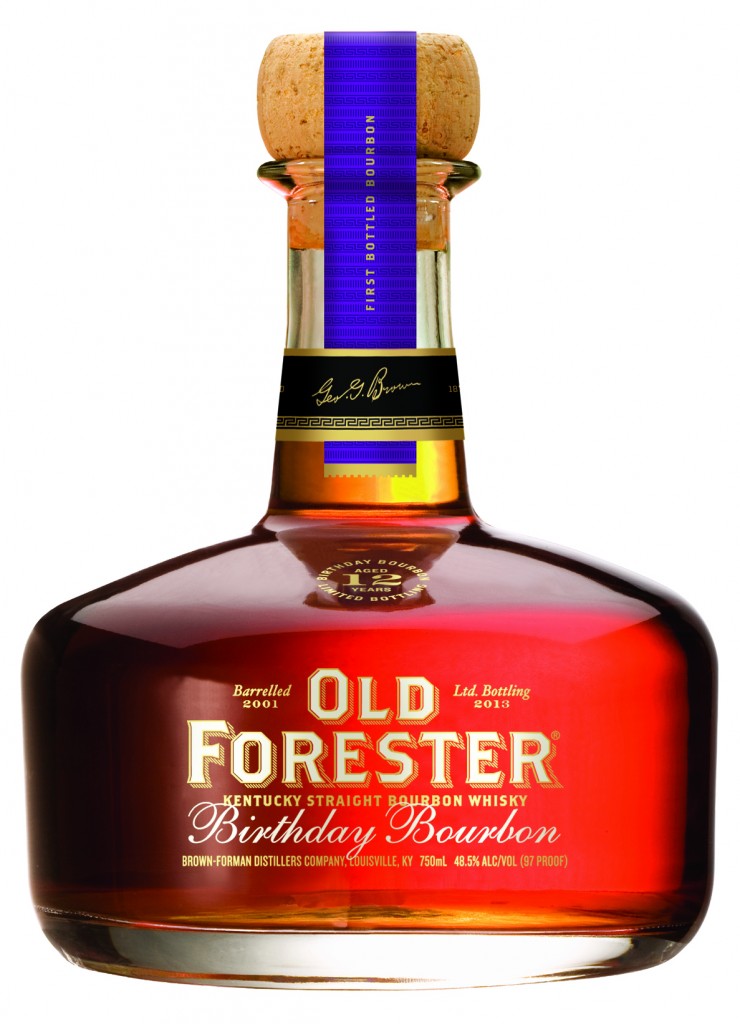 Old Forester tells BourbonBlog.com that the 2013 Old Forester Birthday Bourbon at 97 proof will be available in mid-August and have a suggested retail price of $54.99.

It is 12 years-old and we’ll bring you our review of this Birthday Bourbon soon on BourbonBlog.com

Selected from a single day of production and handcrafted by Master Distiller Chris Morris, this limited edition small batch bourbon is vintage-dated – offering a one-of-a-kind character and flavor profile that will never be replicated. Its unique decanter style glass bottle is a throwback to the late 1800’s when Old Forester was first produced. Each bottle features the founder’s signature and the dates on which the bourbon was barreled and bottled.

“This year’s batch was selected for its robust presentation of flavors which showcase vanilla bean caramelized oak paired with deep layers of warming spices and a delicate nut character,” Brown-Forman Master Distiller Chris Morris tells us. “A rich aroma and a long, warm finish make this yet another must-have release.”

Every year the flavors change with a new expression of the Birthday Bourbon. Watch our interview and review with Chris Morris of the 2012 Old Forester Birthday Bourbon on this link.

For more than 140 years, Old Forester has been crafted using the time-honored methods established by George Garvin Brown, the founder of Louisville-based Brown-Forman and Old Forester, America’s First Bottled Bourbon.

“Old Forester is the only bourbon still in existence today that was produced before, during and after Prohibition by its original distiller,” Morris tells BourbonBlog.com. “No other bourbon brand sold in the U.S. today can make that claim.” 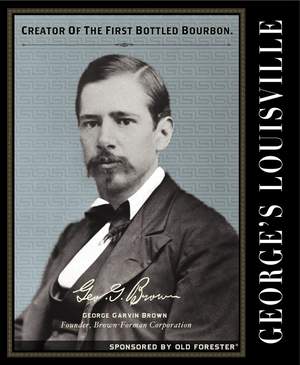 The 2012 expression received a 95 rating and was given the “Ultimate Recommendation” in the 2013 Ultimate Spirits Challenge. The 2007 expression was also named American Whiskey of the Year at Malt Advocate WhiskyFest New York.

Be the first to get Bourbon news and reviews by subscribing  to our free bourbon email newsletter on this link.