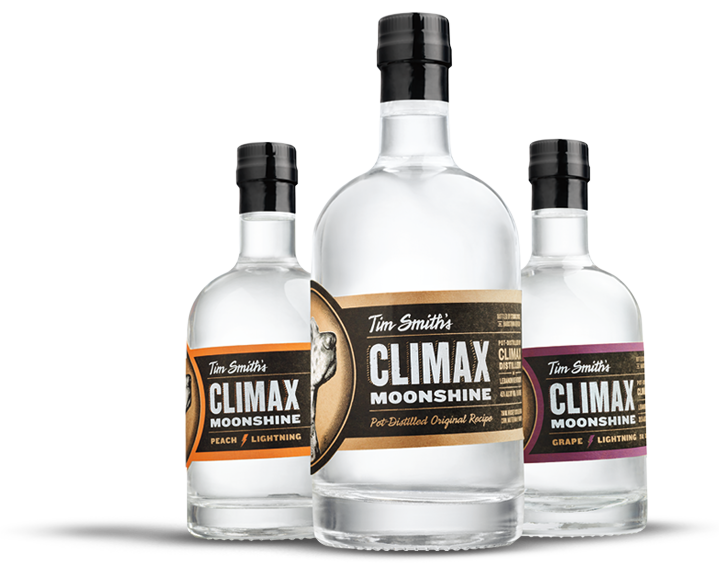 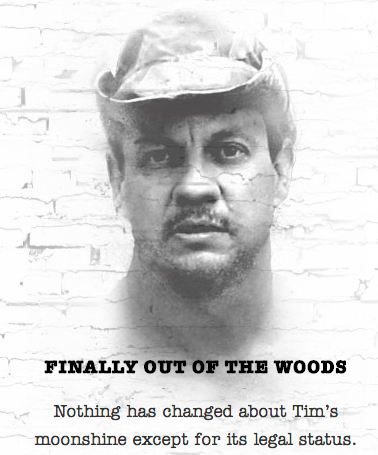 As a true moonshiner, Tim has been keeping it on the down low where he has been distilling his new shine.

It appears that Tim is currently making his moonshine at Limestone Branch Distillery in Lebanon, Kentucky, as shown in a photo on his official Climax Moonshine website.

After 2 successful seasons on Discovery Channel’s Moonshiners, Tim Smith has gone legal with Climax Moonshine which he is calling the “Drink of Defiance.”

BourbonBlog.com is the first media outlet to give you this first scoop on Tim’s moonshine brand  AND what his first flavors and expressions will be below. 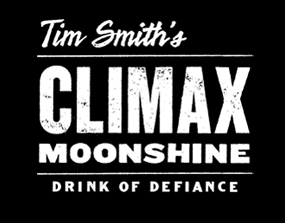 These fruit expressions Grape and Peach Lightning are made the hard way, distilled from real fruit instead of adding fruit later.

A portrait of Tim’s dog named “Camo” will be displayed proudly on each bottle of Climax Moonshine. Tim’s photo will also be on each bottle.

For more continued updates on the release and availability of Climax Moonshine near YOU, subscribe to our Free whiskey newsletter here and we will send you the news first.

And you can learn  more at  ClimaxMoonshine.com.

Do YOU plan on tasting Tim Smith’s Climax Moonshine? Tell us below under comments! 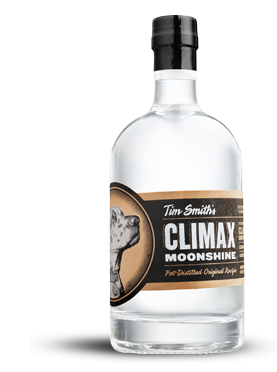 Distilled from corn mash. Clean and natural tasting with a subtle sweetness and bold defiance.
90 proof. 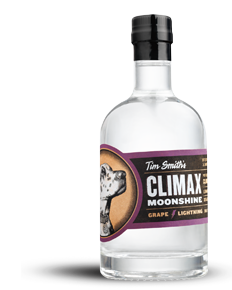 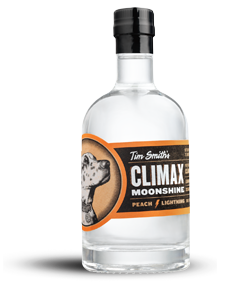 Tim Smith’s Dog Camo on the bottle of Climax Moonshine