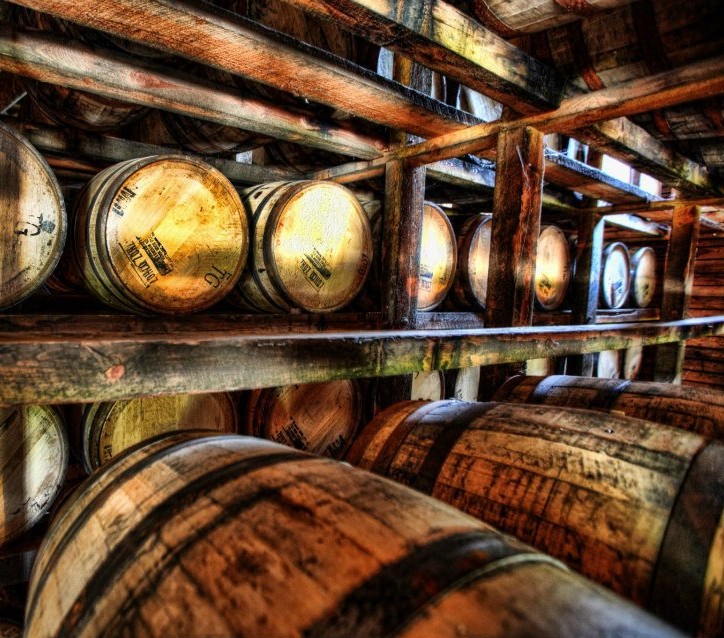 After the news of Maker’s Mark’s plan to “rinse” barrels, a.k.a. extracting every last ounce of whiskey trapped inside the wood, BourbonBlog.com investigates how this decision could affect other products you enjoy from Scotch whiskey to beer.

While law mandates a single use for a Bourbon barrel to make Bourbon whiskey, barrels in Scotland and other whiskies may be used a number of times to keep aging whisky.

Robin explains the process of different fills into used barrels and how it changes the flavor in single malts over time in the podcast above.

Robins says that if a Bourbon distillery uses this new process, flavors that currently benefit alcohol products being aged in ex-Bourbon barrels could become depleted from the barrelafter the extraction.

The word “rinse” may not live up to the actual method which has been described by Jim Beam Master Distiller Fred Noe as like agitating a spray paint can, which may force at least 2 extra gallons out of the barrel.

As Beam Global also owns Maker’s Mark, we predict that similar proprietary technology will be used.

Most Kentucky Bourbon distilleries sell their used barrels to Scotch and other distilleries.

Irish whiskey, rum, tequila, beer and some wines benefit from the Bourbon trapped inside the oak to give their products a unique flavor for both aging and finishing for deepening the flavors. 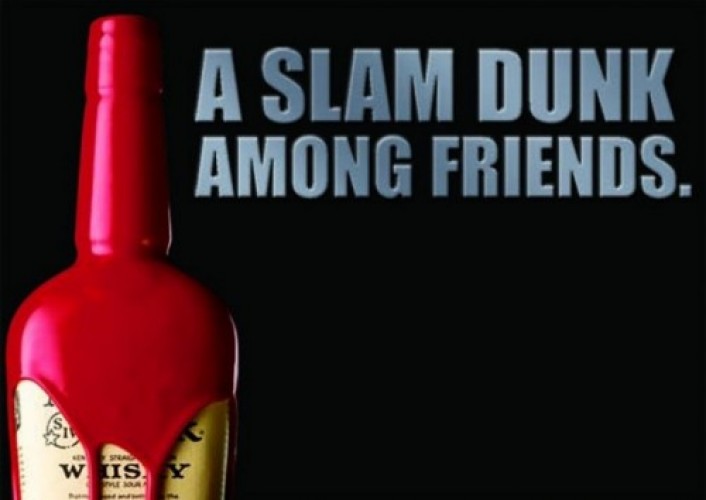 Maker’s Mark Bourbon sends somewhere near 16,000 of their used barrels annually to Laphroaig Distillery in Port Ellen, Scotland, which they use to fully age their one of a kind 10 year old Laphroaig.

We ask Laphroaig Master Blender John Campbell, “Will this extraction of Bourbon from the Maker’s barrel make a difference on your Laphroaig?”

“If anything, this new decision could make our whisky tasty more ‘Laphroaigy,’ which wouldn’t be a bad thing,” Campbell says.

Campbell says he thinks little of the sweetness from the trapped Maker’s Mark may  currently come through on the final product. However, the main reason for using Maker’s barrels on Laphroaig to fully age the 10 year single malt in a “quality used barrel” and not so much for any Bourbon flavors.

“Because we are an Islay, we get most of our flavor from the spirit and the peat.”Campbell says that lighter Speyside single malts could see more of an influence with the depletion of the Bourbon from a cask, but also notes that this only an educated guess staying, “I’m not an expert on Speyside.” 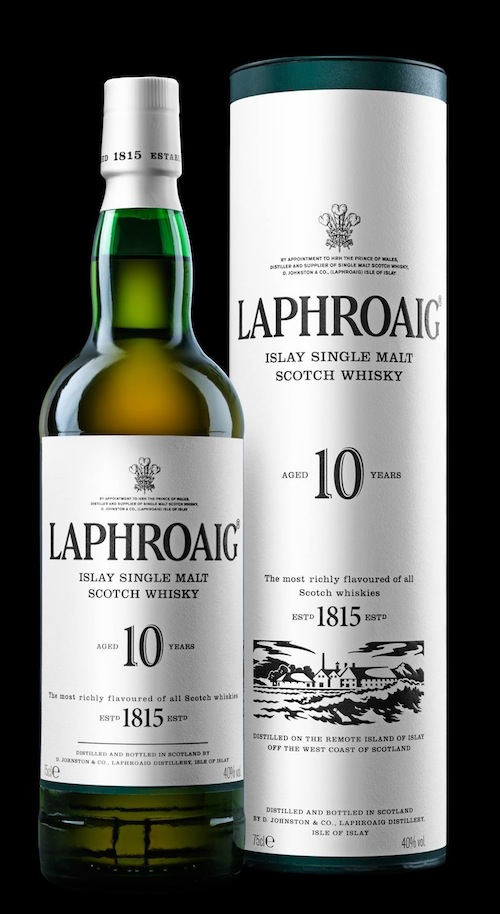 While Laphroaig may not be changed much by the decision, it certainly stands to reason that Bourbon barrel aged beers would be deeply affected without the Bourbon trapped inside the barrel.

Years ago, we put our noses into a used Bourbon barrel as we watched how Louisville’s BBC Bourbon Barrel Stout was made and aged.

Since then, we have long admired the complexity that used Bourbon barrels impart on this beer along with many other brews across our nation.

Watch our video of that experience on this link: Bourbon Barrel Stout.

Maker’s Mark fans know a thing or two about what happens to Bourbon barrels.

Review the photo below from Maker’s Mark’s facebook as they posed the question on October 23, 2012 asking, “who knows where a lot of barrels head after aging our bourbon?” 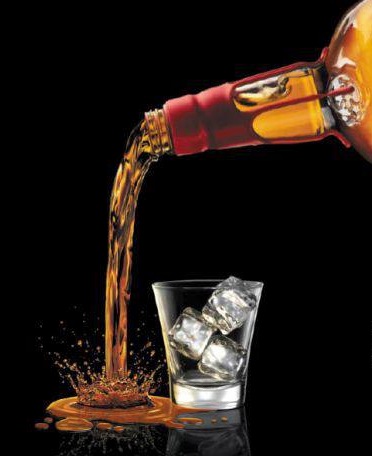 Is Maker’s missing the mark?

The question received 836 replies and 2,064 likes, showing that some Bourbon consumers appreciate secondary uses of barrels.

So is Maker’s missing the “Mark” by potentially setting a new precedent in the Bourbon industry that could someday affect other industries and the flavor of Bourbon OR will this be a “Slam Dunk” for the entire Bourbon industry when looking for more ways to push a larger supply of aged whiskey to a growing consumer demand?

We’ll wait and see as we sip more Bourbon from our Glencairn..or we could suck it out of the barrel?

Either way, BourbonBlog.com believes these questions are worth exploring as demand for all Bourbon continues to increase in the great whiskey boom.

After a failed attempt 4 months ago to water down Maker’s Mark Bourbon from 45% to 42% ABV, Maker’s Mark’s seems to be looking to this alternative method to address rising demand for Bourbon.

Until Jim Beam Devil’s Cut Bourbon‘s introduction on the market 2 years ago,  no other distiller used this process and marketed it as such.

We were immediately impressed with the bold flavor of Devil’s Cut, read our review of it here: Devil’s Cut Bourbon.

With regard to Maker’s Mark, no one knows if this is a change for the better, the worse, or if it will make no difference with regard to the actual flavor of Maker’s Mark Bourbon as we know it today.

As Robin Robinson explains in the podcast, there is no “institutional” memory for many brands for a course of time.

The flavor of many spirits will change for a variety of reasons over time, and won’t be as noticed as quickly as the change in the new design of the bottle. (By the way, check out the new Laphraoig packaging and bottle design. Fortunately, they stayed more true to the classic than some bottles have, nice job Scottish friends!)

However, the ripple effect exterminating secondary uses for Bourbon barrels could leave distillers, breweries, wineries and others looking for new solutions of their own.

We have reached out to Maker’s Mark Bourbon to discuss how this new whiskey may change the flavor of Maker’s and the precedent in the industry but have not heard from them yet. 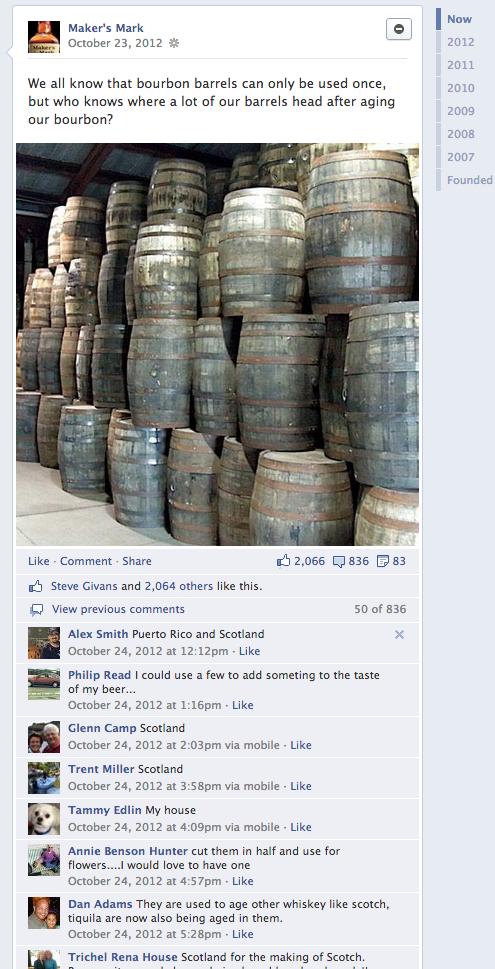 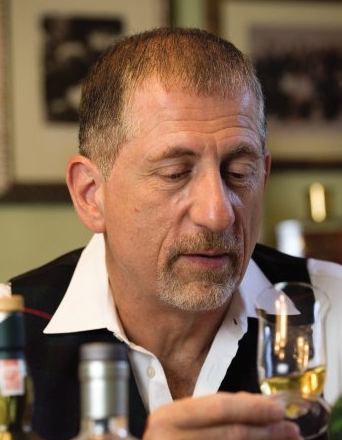 One Response to “How will Maker’s Mark Rinsing Bourbon Barrels Affect Other Products You Enjoy?”