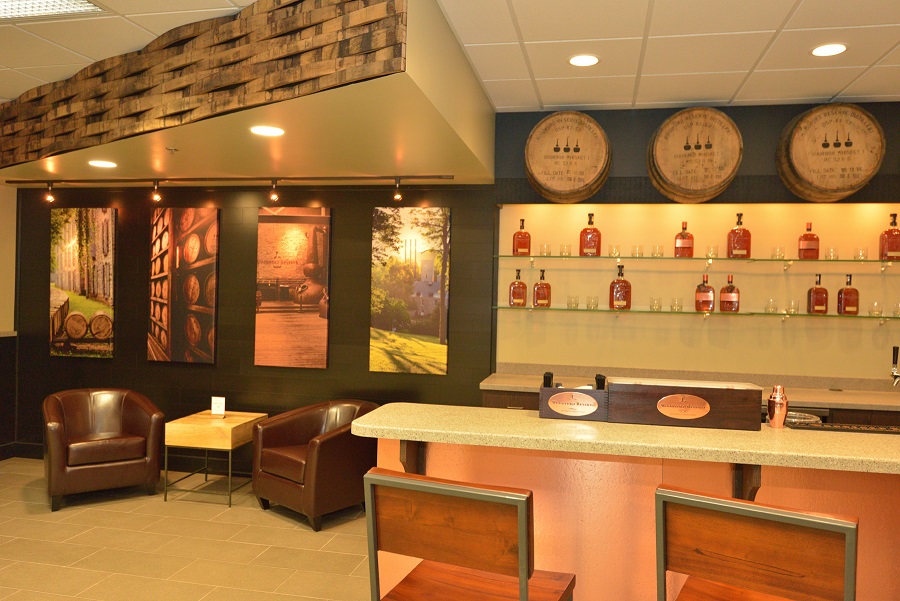 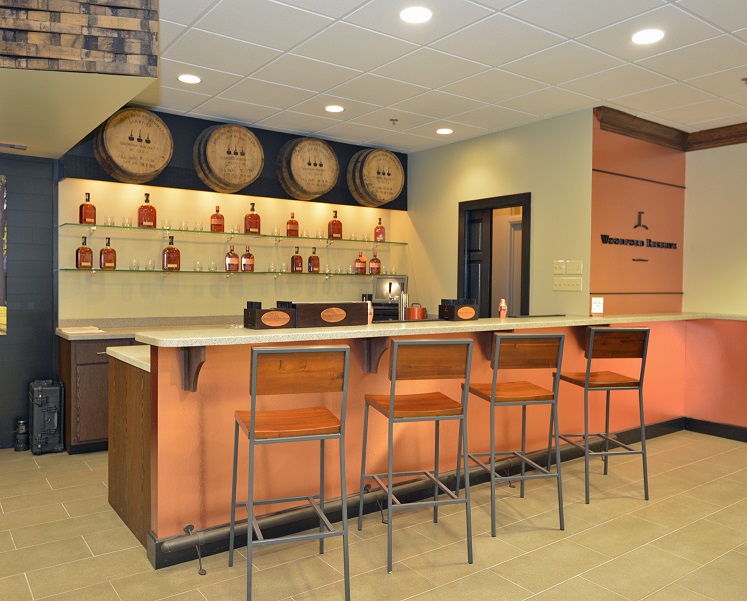 “Even though Fort Knox is an Army installation, we really consider ourselves part of the community and the Commonwealth,” Fort Knox Garrison Commander Colonel Bruce Jenkins tells BourbonBlog.com. “It’s an honor to have an important piece of Kentucky heritage – bourbon – showcased here on the installation.”

The grand opening included a ribbon cutting followed by a celebration offering a live band on the verandah, hors d’oeurves, and tastings of Woodford Reserve and Woodford Reserve Double Oaked.

In addition, a limited number of event-specific, commemorative Woodford Reserve engraved bottles were sold to the first 100 guests with all proceeds benefiting the Army Emergency Relief Fund, a fund to help active duty soldiers who are in need of financial assistance. The room reflects Woodford Reserve’s image with copper walls, barrels around and above the bar, and images from the distillery at every turn.

“Over the past 20 years, Brown-Forman has supported our troops and developed a strong partnership with Fort Knox which makes The Woodford Reserve Room an ideal and appropriate addition to the army base,” says Joe Bollinger, Brown-Forman’s Director of Military and Transportation.

“The goal of The Woodford Reserve Room is to provide a beautiful and comfortable facility for our troops to host meetings and social gatherings in the hopes that they will also gain a greater appreciation for bourbon country and the Woodford Reserve brand.”

To further the room’s presence, Brown-Forman plans to utilize the talents of Woodford Reserve’s Master Distiller, Chris Morris, to offer tastings as well as and to host Morale, Welfare and Recreation (MWR) trips to the distillery throughout the year.

The hope is, with the many troops who come through Ft. Knox as a duty station or for training, that they will take away a little piece of bourbon country and Woodford Reserve with them. 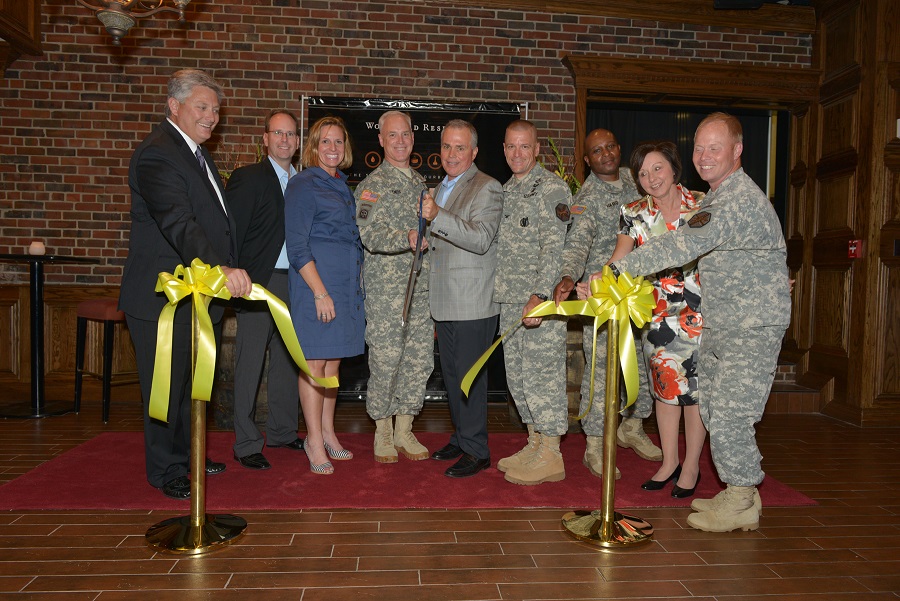 Maj. Gen. Jeff Smith, commander of U.S. Cadet Command and Ft. Knox, cuts the ceremonial ribbon with Joe Bollinger, director of military and transportation for Brown-Forman, to commenorate the grand opening of the Woodford Reserve Room at the Saber and Quill Club on May 15 at Ft. Knox.