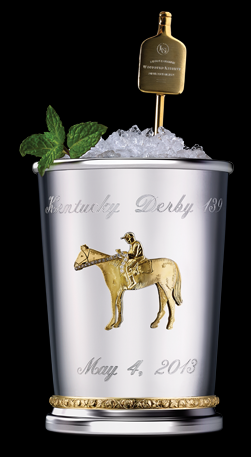 This year, the julep celebrated the gold standard that Woodford Reserve has set by winning gold medals at every major spirits competition.

Thus, the Woodford Reserve $1,000 Mint Julep Cup  was a gold-highlighted julep cups with a golden straw shaped like a Woodford bottle to sip through (shown to the left and below). A total of  89 cups were made available.

To further the “89” theme, the cup is also in honor of the 89th year that the Kentucky Derby winner has been awarded the gold trophy, there were a total of 89 cups purchased through www.woodfordreservemintjulep.com.

79 Distinguished Cups were available for $1,000 each featuring a hand-engraved Thoroughbred and rider from atop the Kentucky Derby gold trophy and a gold-plated garland of roses.

9 Legendary Cups display a gold-plated Thoroughbred and rider medallion with brilliant cut diamonds were available for auction with starting bids of $2,000,

Also in the collection was only one Legendary Cup is also included in the Golden Opportunity auction experience package with an opening bid of $5,000.

This winning bidder was given the honor off presenting the trophy for the Woodford Reserve Turf Classic on Kentucky Derby Day.

Old Friends Thoroughbred Retirement Center was founded in 2003 by former Boston Globe film critic Michael Blowen. Old Friends cares for more than 130 retired horses across three states, most of them stallions whose racing and breeding careers came to an end.

For more on Derby, watch all of BourbonBlog.com’s Kentucky Derby coverage here. 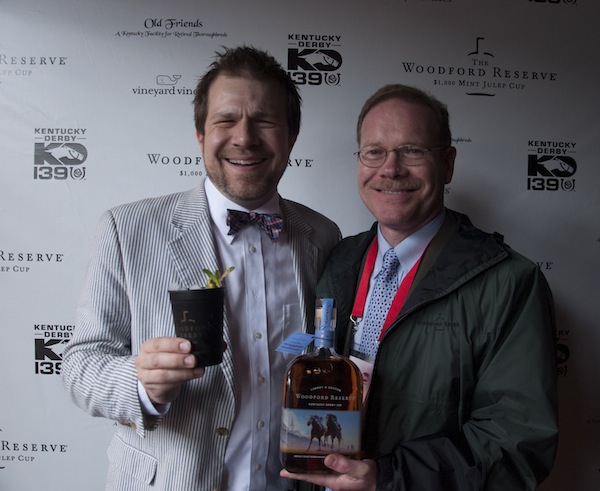 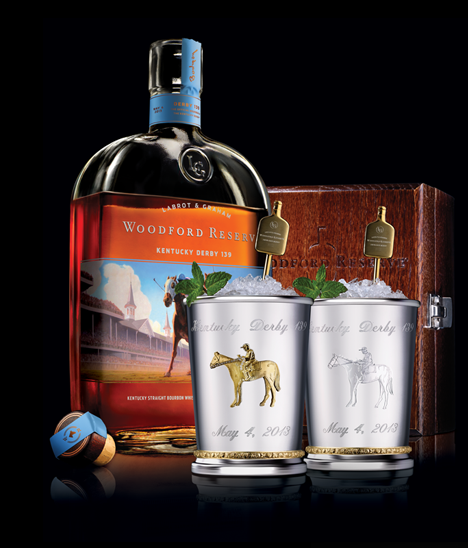