Click above to stream the podcast and be sure to check out new episodes of Burger Land on Travel Channel every Monday night at 9 pm EST / 8 pm CST.

As Burger Land premiered only 2 weeks ago, the American connection and similarities between our own stories on Bourbon and George’s travels in “Burger Land” became obvious to us.

George’s burger adventures have their roots in the same place BourbonBlog.com’s Tom Fischer began as they both became experts after doing documentaries.

About 10 years ago, George produced an award winning documentary called Hamburger America as he was “looking for stories about people.”

Around 8 years ago, Tom Fischer produced and hosted a documentary about Bourbon, and shortly thereafter launched BourbonBlog.com.

As a burger expert,George says he has eaten around 10,000 burgers in 12 years. And we’re not talking about “Veggie Burgers.” George makes it clear that a hamburger is defined as  “made from a cow, ground up, put on some kind of bread and served.”

We won’t even begin to guess how many Bourbons Tom has tasted over the years. And some have even been alongside burgers! George shares with us below his favorite cocktail recipe and burger pairing, and it happens to be an Old Fashioned! 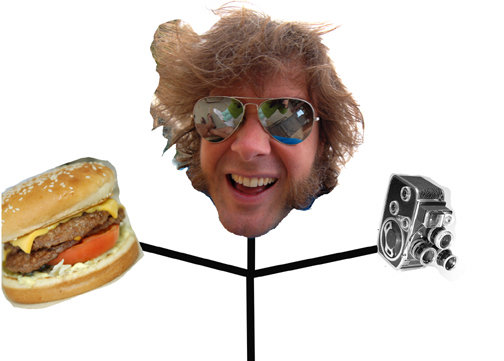 George Motz is more than a burger expert and Travel Channel host, he is also a writer, filmmaker and more visit GeorgeMotz.com

George enjoys eating Burgers more than making them and opts for waffle fries for his favorite pairing.

He says that it is difficult to find a tasty plate of fries that stands apart from the rest and admits that, “most fries are a big let down.”

George will take viewers mainly throughout the southern states in this first season of Burger Land. Be watching for stops in Houston, New Orleans, Northern Mississippi,  Memphis, Nashville, Chicago and Connecticut.

We were happy to hear George will feature Port of Call in New Orleans on Burger Land, home of one of BourbonBlog.com‘s favorite burgers that we enjoy while we’re in NOLA for Tales of the Cocktail.

George explains that Burger Land is a smarter show than most because it isn’t just about what is on the burger, he also focuses on the people behind the burgers with interesting stories about families, traditions, and the fans who want to ensure these establishments stick around for many generations. 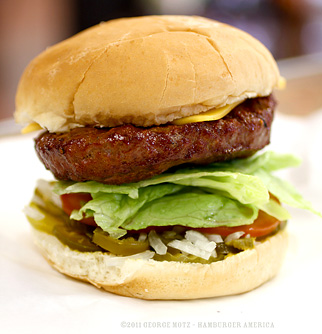 1. Never go frozen or freeze your meat. Use fresh ground beef and get on a first name basis with your butcher.

2. “Grilling out” is the most difficult route to a perfect burger because it is so easy to over or under cook. Instead, use a skillet indoors keep the juices intact.

Listen to the podcast for more explanations! 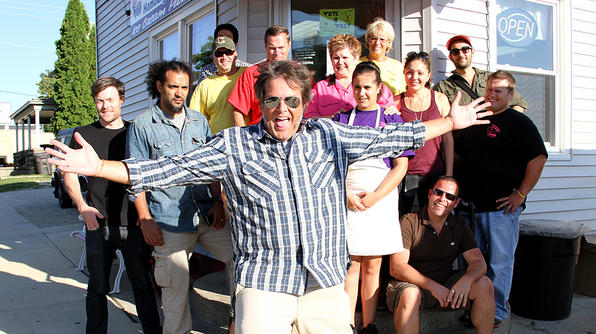 Burger Land on Travel Channel is more than about burgers and recipes, this is a show about people because “Burgers don’t make themselves.”

George Motz is a well-traveled Emmy award-winning freelance filmmaker and Director of Photography.

Over the past 20 years he has worked on many television commercials, feature films, music videos, documentaries, and promos.

Motz has also released an iPhone app called ‘Burger GPS’ The book was written by Motz, includes over 250 of his hamburger photos and is available at bookstores everywhere.

George is also the director of the NYC & Chicago Food Film Festivals, now in their 6th and 3rd years. They are multi-sensory film festivals where the audience is treated to the food they see on the screen.

George lives in Brooklyn, NY with his wife, two children and a dog. 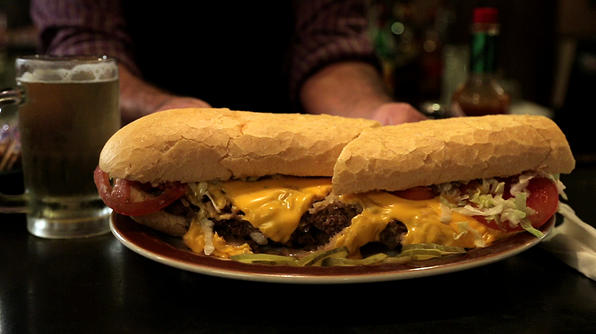 1. Rather than a sugar cube, George prefers the sugar in the raw syrup.

2. Add a couple shakes of the Whiskey Barrel Aged Bitter’s and few drops Sugar in the Raw Syrup to the orange slice then muddle. 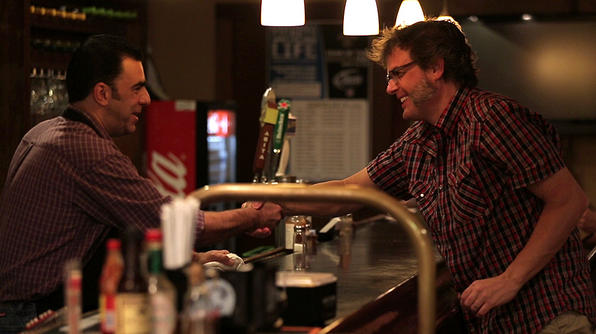 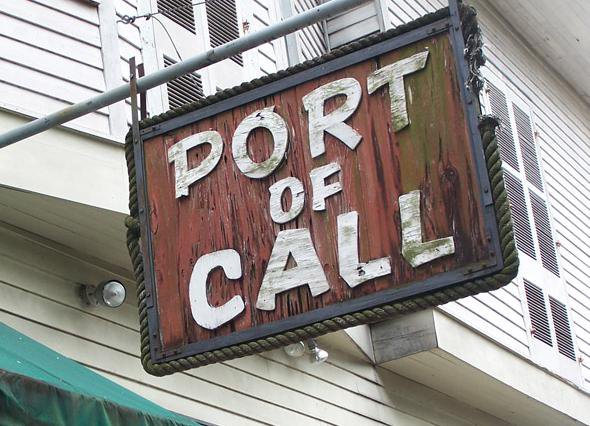 Port of Call, New Orleans will be featured on Burger Land in an upcoming episode on Travel Channel 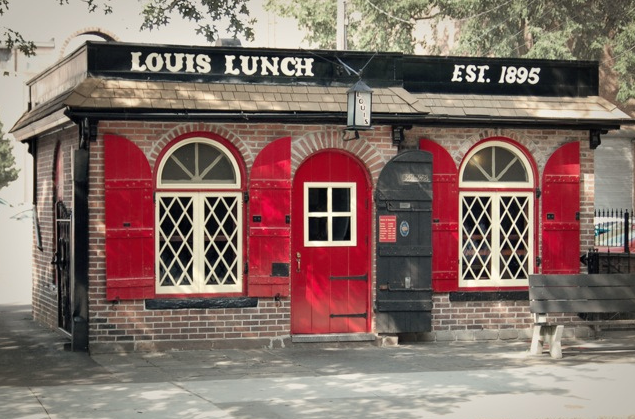 Louis Lunch in New Haven, Connecticut lays claim the invention of the burger in America in 1900 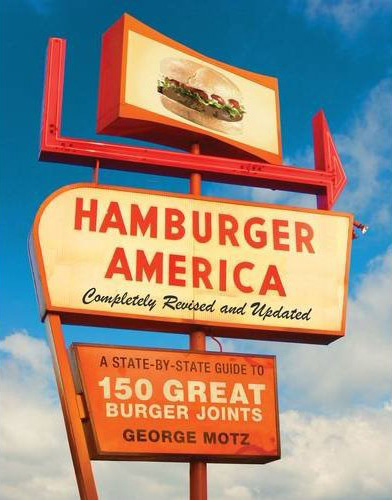 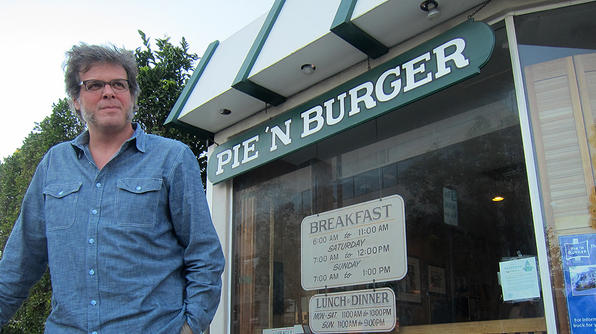 Most photos above courtesy Travel Channel and George Motz