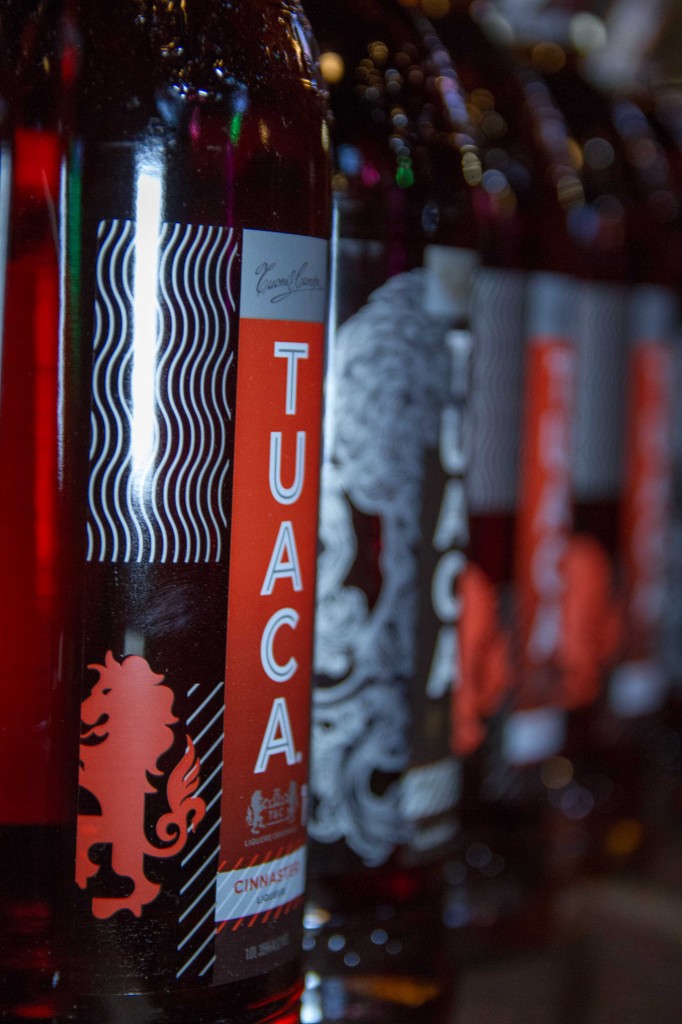 When we aren’t drinking Bourbon, we taste the best parties the spirits industry offers.

In our “spirited: opinion, the most impressive element of this tour is is the access that consumers are given to meet both Corey and DJ Ravidrums.

Unlike some events where celebrities only make a short appearance, Corey and DJ Ravidrums enjoy meeting guests throughout the night.

The tour, now in its third year, will make a few more stops…see remaining tour dates below for consumers 21+! 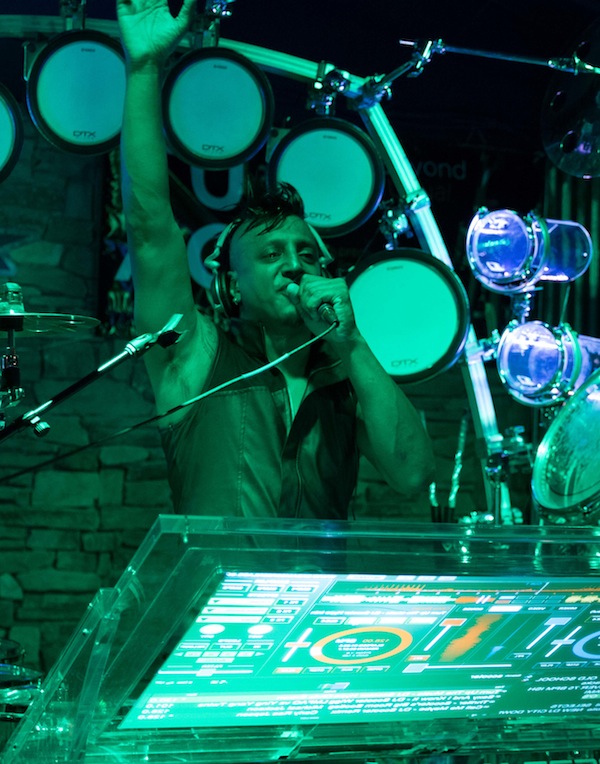 Guests enjoy tasty TUACA cocktails and local entertainment, highlighted by a performance at the end of the night from DJ Ravidrums.

Drinks & Ink is a celebration of tattoo and cocktail artistry. Equally important is the TUACA’s history which 500 years in the making from Italian heritage.

Tracey Johnson, Brand Manager of TUACA, says the state of Colorado and Denver marker have given TUACA a lot of support. Thus, this event is TUACA’s way of saying “thank you.”

Several years ago, Corey Miller helped to redesign the label on the TUACA bottle using tattoo-inspired art. The lion on the label actually changes blue when the bottle is chilled.

In each market, attendees have a chance to win a one-of-a-kind tattoo from Corey Miller.

In Denver, the winner of the tattoo was bartender Katy Reynolds who created the winning cocktail “Cinn City” cocktail (see recipe below)

In Reno, bartenders will also showcase their own original recipes using the new TUACA Cinnaster. 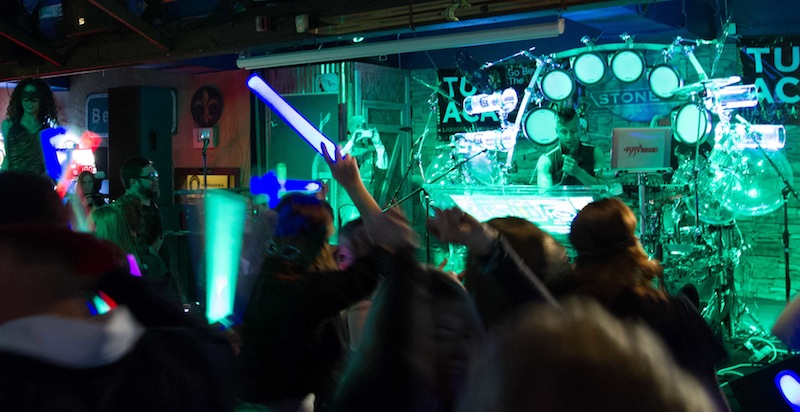 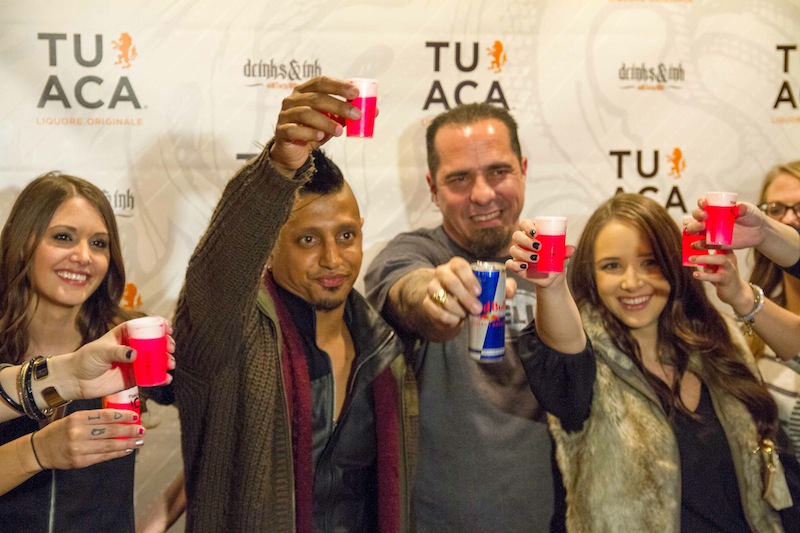 DJ Ravindrums and Corey Miller toast with TUACA at Drinks & Ink in Denver,Colorado 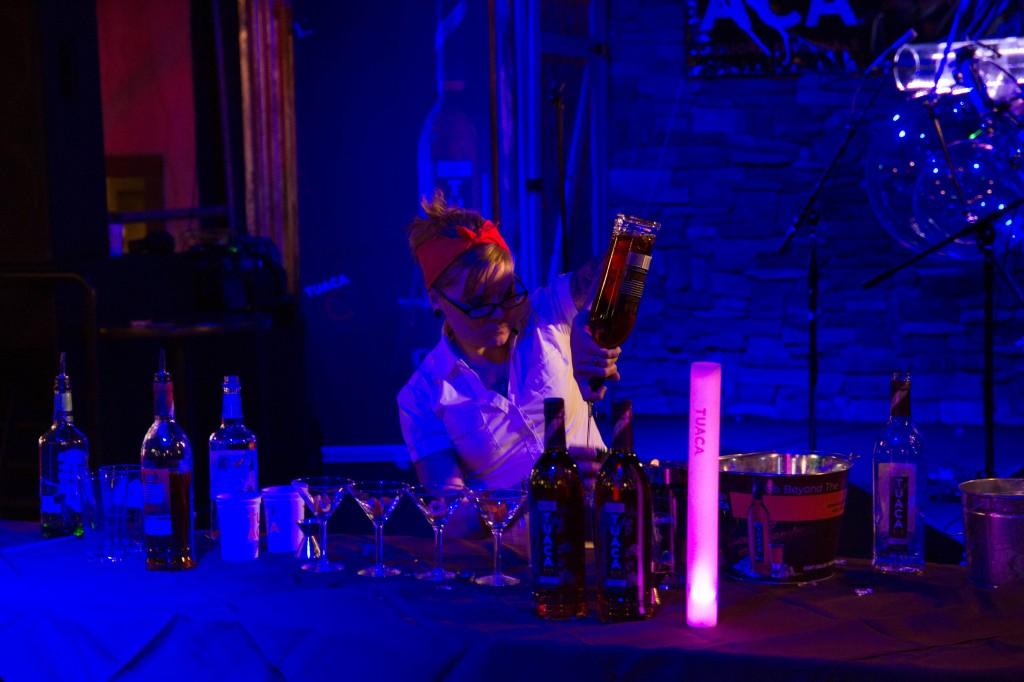 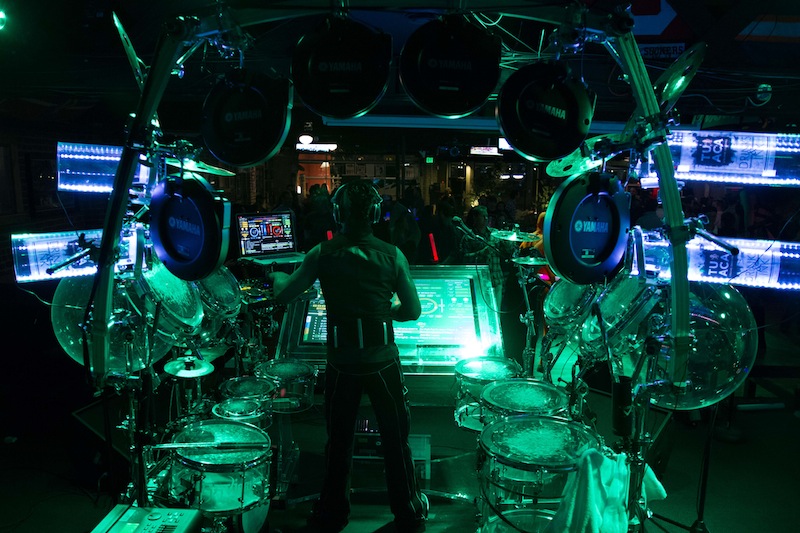 DJ Ravidrums performs on more than drumset. This is the world’s most advanced custom DJ rig designed with NASA scientists. 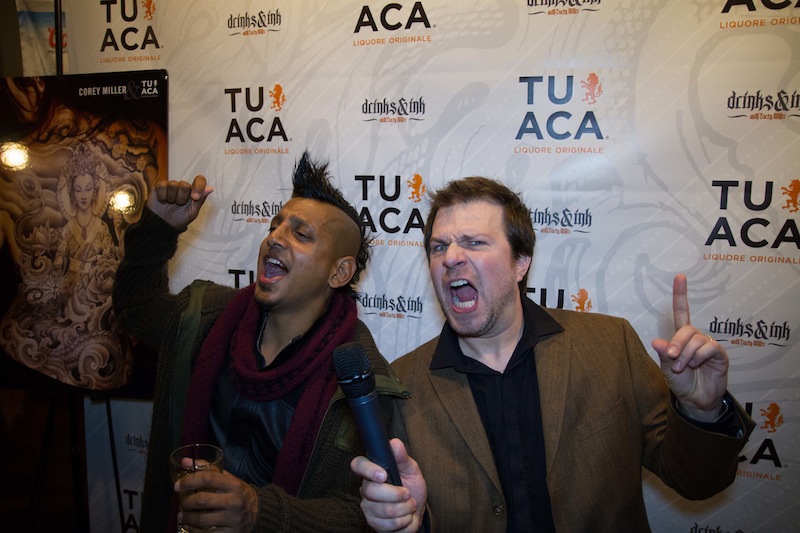