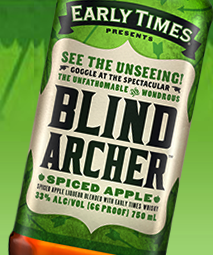 We’re told it has a nose of fusion of cinnamon apples and cider with a flavor of the whisky and apple cobble to reate a nice flavored blend.

BourbonBlog.com  is impressed by the recent release of Early Times Fire Eater, a cinnamon liquer which is blended with Early TImes.

For Fire Eater’s suggested price of $15.99, the taste is spot on for a pleasant balance of cinnamon and whisky.

BourbonBlog.com recognizes there is a market for flavored whiskies and Bourbon.

We do our best to review the offerings for what they are. If a bottle says it is going to bring us cinnamon and whisky, we want to taste that and not a fake version of what is stated.

Early Times did a great job delivering on their first release of a flavored whisky ever within this brand as it is better than other cinnamon whiskies that we’ve tasted.

BourbonBlog.com will bring you a review of Blind Archer soon.

Until then, here are Here are some suggested recipes below as the circus theme also continues in the branding! Blind Archer is currently available in Washington, Kentucky, Tennis  and Maryland. 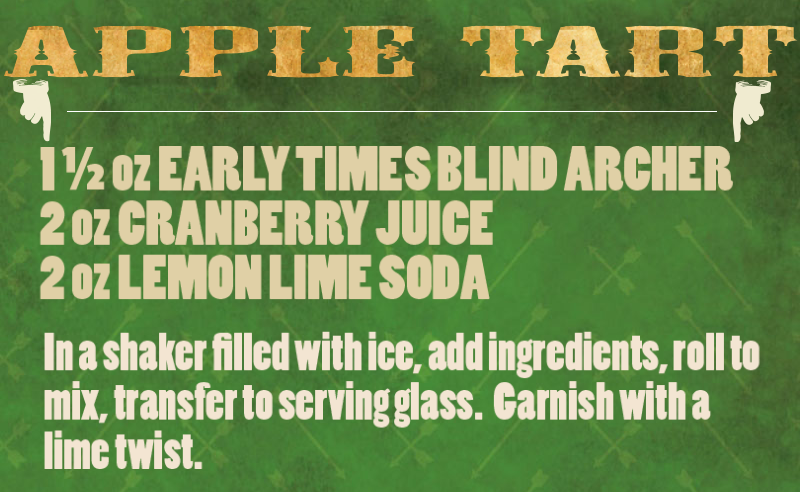 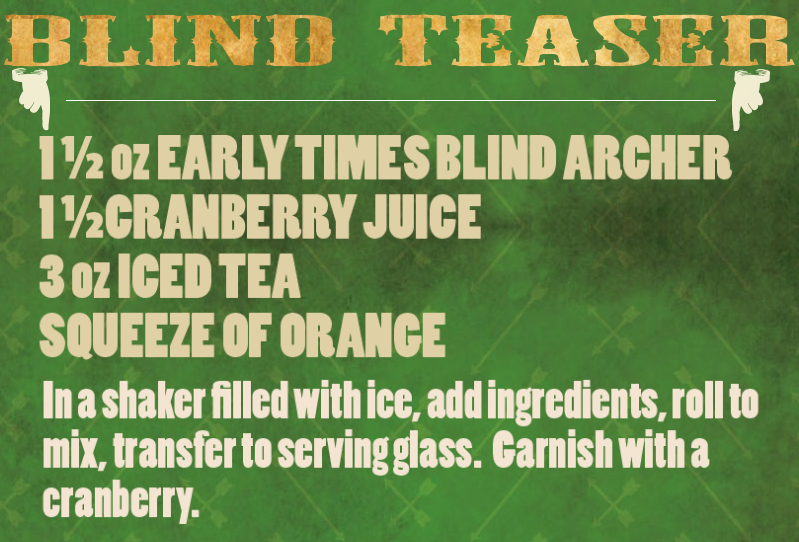 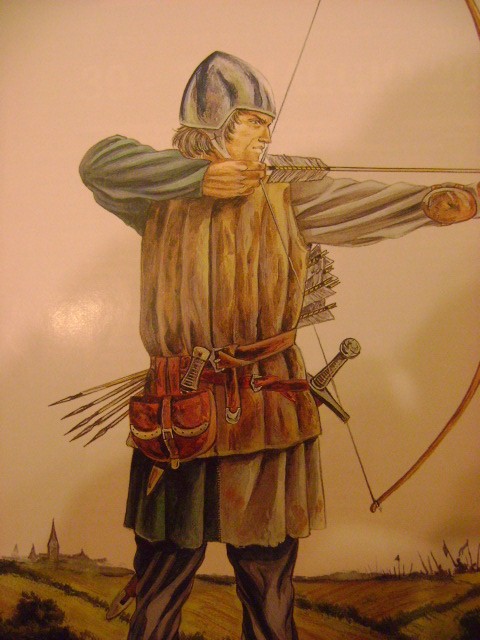 This archer looks like he could use a little Early Times Whisky after he’s done, doesn’t he?