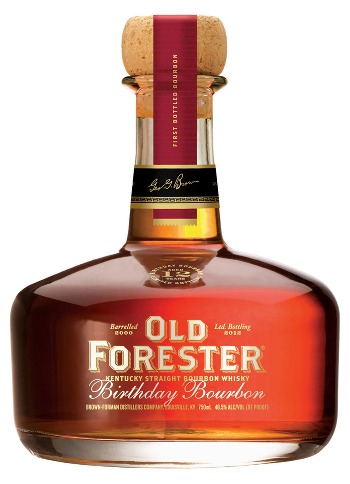 BourbonBlog.com became the first media outlet to taste the Old Forester Birthday Bourbon 2012 release at the 2012 Kentucky Bourbon Festival in September in the video below.

Now we’re bringing you our review of this year’s 2012 vintage release of Old Forester.

For a $50 limited edition release, we recommend you pick up this very warming, toast Bourbon. You too will  happy a little mistake was made 12 years ago!

This specific release crafted from an 82 barrel batch, selected from a single day of production.

That day’s mash bill had 2% extra malt added to the fermenter.

“Once barreled the bourbon was ricked on the fourth floor in warehouses H and I where it experienced a balanced maturation environment. There the angels’ share resulted in low barrel yields and therefore intense barrel flavor concentration,’ Chris Morris tells BourbonBlog.com.

Old Forester Birthday Bourbon is vintage-dated and offers a one-of-a-kind character that will never be replicated. 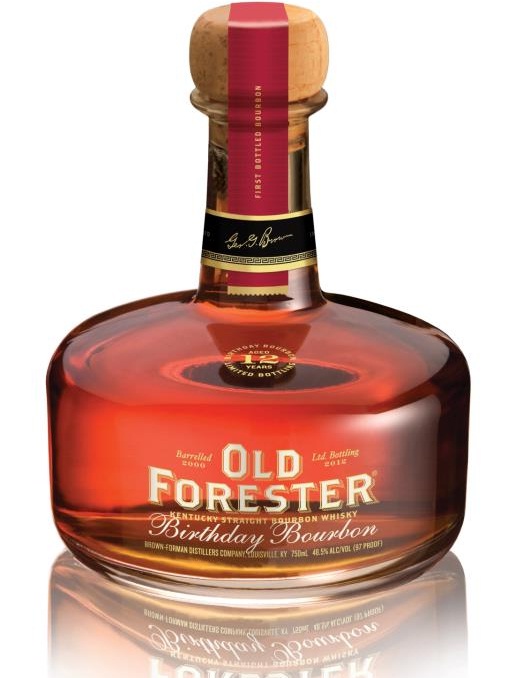 Taste:  Honied almonds with cherry notes that are reminiscent of a Manhattan cocktail. T

The spicy and roasted malts with dry mouthfeel.  Cinammon and baking spices are evidence.

It has a “Christmastime” /  holiday spicy, warming quality which would make you feel like you’re laying near a fireplace anytime of the year.

Finish: Warming luscious vanilla, crème brûlée, and  marzipan. And at the end, a refined yet dry nutty note that seems to be present throughout the flavor.