Jim Beam tells BourbonBlog.com it will release Jacob’s Ghost in February. Jacob’s Ghost is a clear whiskey but  isn’t a moonshine nor an un-aged white dog.

This is a one-of-a-kind aged whiskey, made from the same mash bill of the regular white label Jim Beam. The same process is used  up until the aging as Jim Beam ages Jacob’s Ghost is aged for at least 1 year. At that point, it is removed from the barrel and “polished  before bottling to remove some of the color from the barrel,” a Beam spokesperson tell us.

BourbonBlog.com will soon bring you a review of Jacob’s Ghost.  Beam tells us the flavor will be a smooth, sweet flavor with hints of smoke, rounded out by soft barrel notes on the finish.

Beam says this white whiskey is uniquely versatile and flavorful and goes well in the cocktails we’ve shared below.

Jim Beam Jacob’s Ghost White Whiskey will available for a suggested retail  price of $21.99 for a 750ML bottle beginning February 2013

The name comes from Jim Beam’s founding distiller Jacob Beam. In 1795, he embarked on a tradition of distilling white whiskey.

Read all about Jacob Beam and his history at the bottom of this story.

Instructions:
Build all ingredients over ice in a mixing glass, shake and strain into a chilled glass. Garnish with a lime wheel. 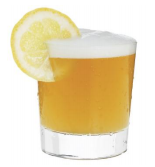 Instructions:
Combine and shake the lemonade and Jim Beam Jacob’s Ghost™ White Whiskey, pour into a cocktail glass and
float the light beer on top

Instructions:
Build all ingredients over ice in a mixing glass, shake and strain into a chilled glass. Garnish with a lime wheel. 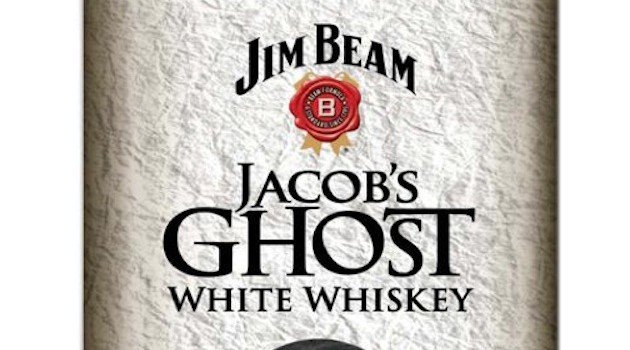 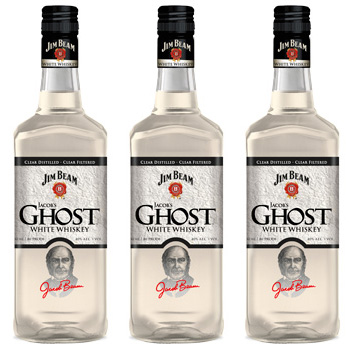 The country was young and full of revolutionary spirit…and so were Johannes Jacob Boehm and his wife Mary Myers, who boldly took part in America’s westward evolution. They started the Beam family line of master distillers, of course, but they also embodied the courage and fortitude that would shape the nation’s character.

Jacob, a descendent of one of many Boehm families that emigrated from Germany in the 1700s (and changed their name to Beam to make spelling and pronunciation easier) lived in times that are hard to picture two centuries later. The Revolutionary War had just ended, and the rising nation was growing fast. The land known as “Kentucke” (the Iroquois word for meadowland) had until then been a dangerous, sparsely populated Native American hunting ground. But post-war Kentucky also represented a place to discover, and the number of residents exploded from 280 in 1778 to more than 220,000 by 1800.

Getting there, though tough, and in 1778 Jacob and Mary set off from Maryland, cooper still in tow. They left a comfortable life behind and set out for completely unfamiliar territory. Lured by Long Hunter tales of a frontier teeming with wildlife, they followed the Wilderness Road, a rough trail through Cumberland Gap in the Appalachian Mountains. At a time when traveling eight miles in a day was considered rapid transit, they finally made it to Kentucky’s Lincoln County, where they settled.

Already a master at grain-based distilling, Jacob began using the abundant corn crops to make his whiskey, which benefitted from the extraordinarily pure Kentucky water. He sold his first barrel in 1795, and the rest is history. But a nation’s expansion had begun, and the Beam family’s place in its colorful history had taken root.