Wyoming Whiskey says their first 200 barrels of nearly 4 years old in age were released a few days ago to a thirsty Wyoming. Within minutes, these several thousand cases  were spoken for and purchased. Thereafter, several more hundred cases were released and again, went fast!

Only a few thousand more cases will last consumers until November 2013. At that point, a larger release consisting of around 1,300 barrels which are still aging will be ready to be released. The next Bourbon will be slightly over 4 years in age and may be available outside of Wyoming.

Their Bourbon is made in Kirby, Wyoming by Master Distiller Steve Nally with 100% Wyoming ingredients.

Steve was previously the master distiller at Maker’s Mark Bourbon Distillery in Loretto, Kentucky for 15 years and was inducted into the Bourbon Hall of Fame in 2007.

The first, and only, legal distillery in the State of Wyoming produces every drop of Wyoming Whiskey. They also just shared with us a little about their ingredients, process bottling, in case you’d like to know as you get ready to taste it! 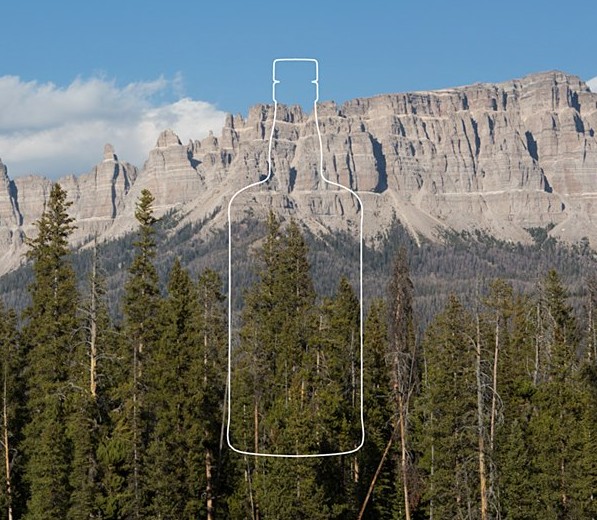 • After the corn is cooked, wheat and then malted barley is added at lower temperatures to assure the proper conversion of starches to sugar.
• All fermentation and distillation occurs on-site through the use of four 2,500 gallon fermentation tanks and a continuous distillation system comprised of a 38’ tall and 18” wide column still and a 42” by 40” pot still.
• Wyoming Whiskey barrels their new whiskey at 110 proof in new, charred, white oak barrels at a rate of 25-30 barrels per week. These barrels are stored in one of three warehouses in Kirby. 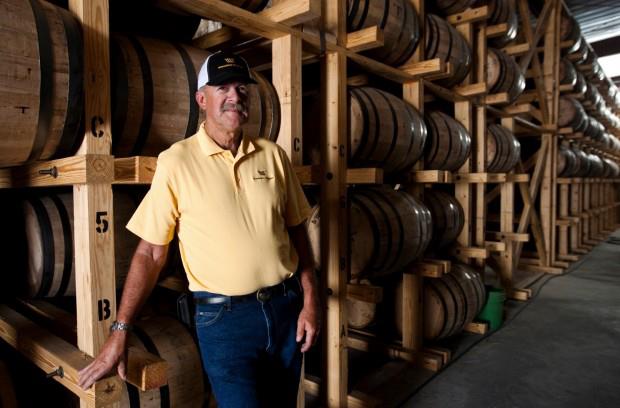 • The bourbon is bottled on-site at 88 proof after four summers of maturation. No other whiskey, other than Wyoming Whiskey, makes it into that bottle.
• The Wyoming Whiskey bottle was custom designed by the distillery.

The Governor of Wyoming Matt Mead’s Brother Brad Mead, who is one of the founders and owners of Wyoming Whiskey, is seated along with his wife Kate and their friend David DeFazio, along with Master Distillery Steve Nally writing the barrel number and name of the customer on a few bottles from the first batch of Wyoming Whiskey that were being prepared for shipped from the Distillery in Kirby. – photo by RAYMOND HILLEGAS 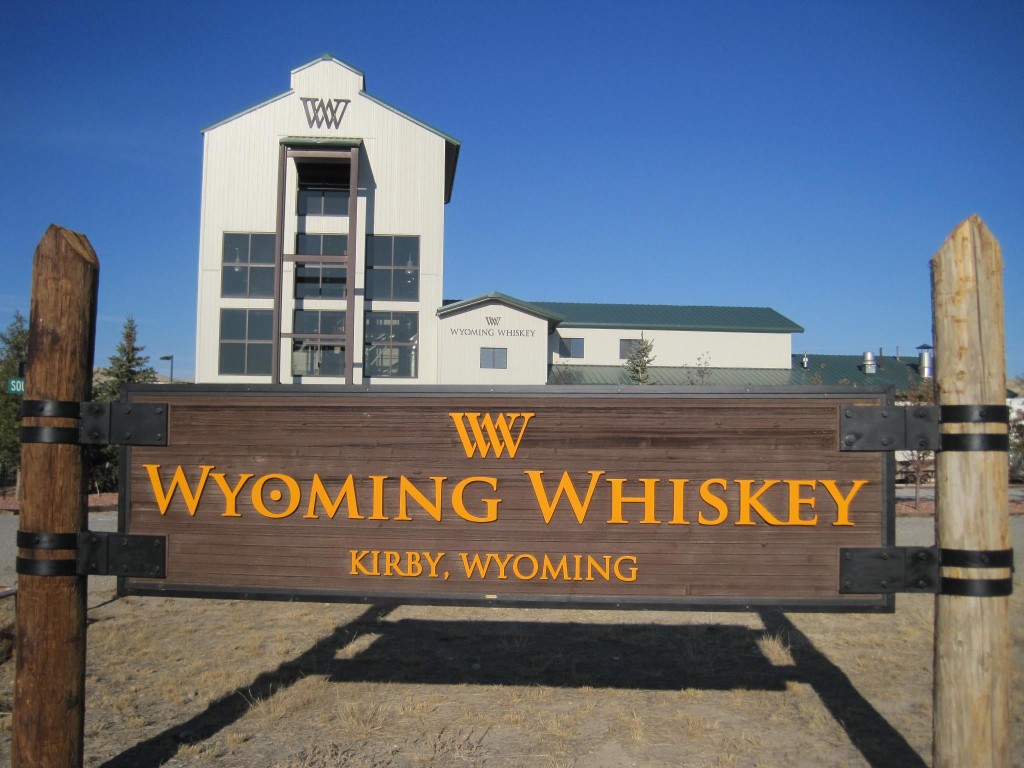 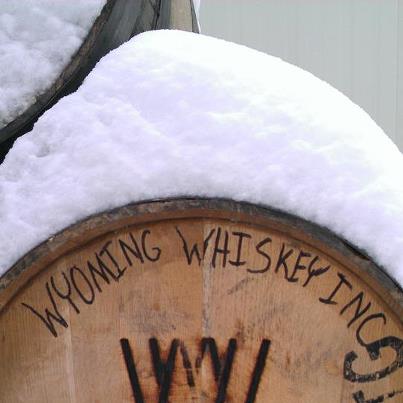 A barrel of Wyoming Whiskey Bourbon 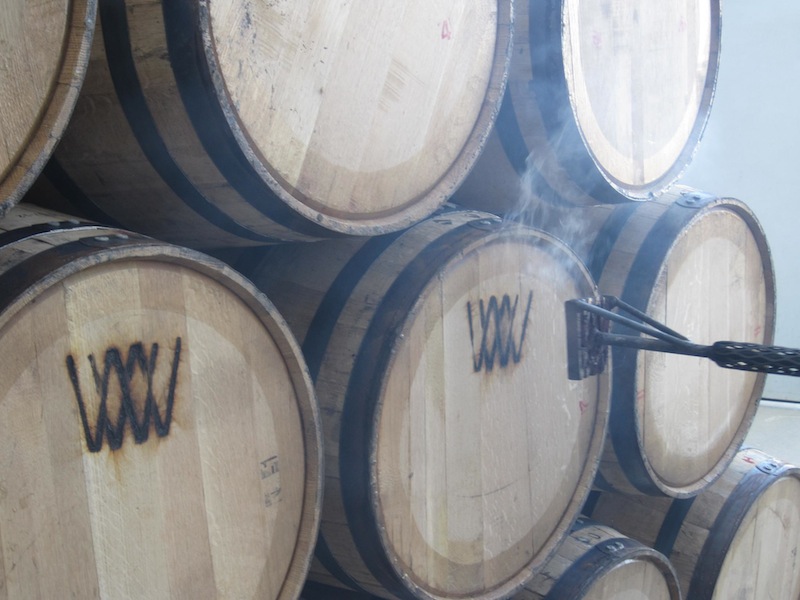 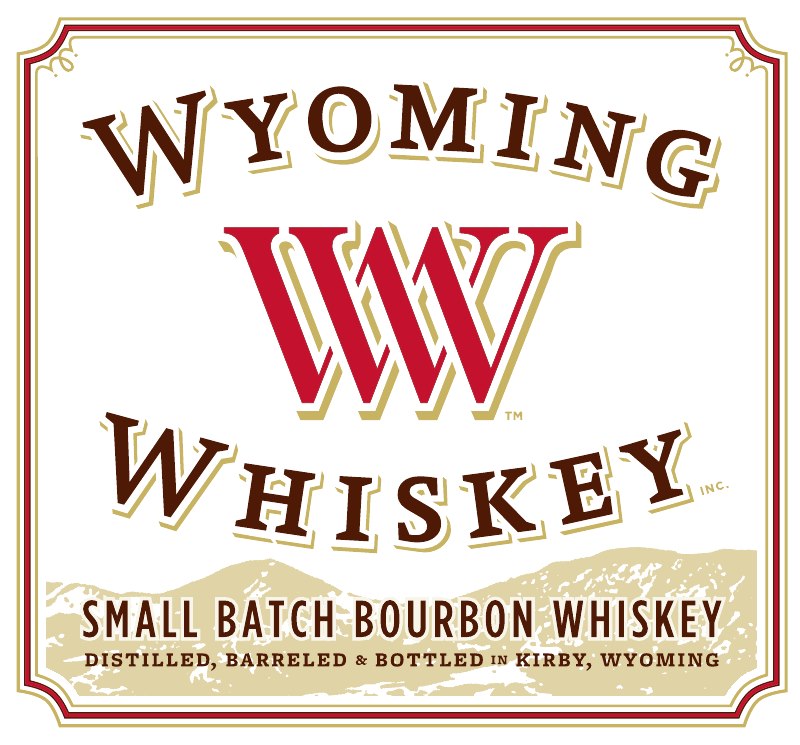