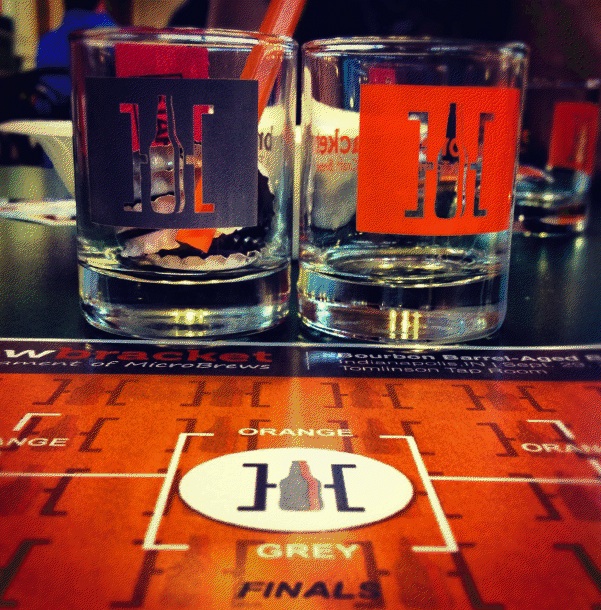 A Guest Report by Jerry Knight, Founder of Tipton Spirits, owners of W.H. Harrison Indiana Bourbon Exclusive to BourbonBlog.com , we previously interviewed him about the Brew Bracket on this link)

It’s official: The Bar Has Been Raised.

On Saturday, September 29th, 2012, a lucky 150 local drinkers in Indianapolis were able to participate in a first-of-its-kind, never-been-done-before, hyper-local taste-off. (The event also set a new record for Use of Hyphens in a Blog Report.)

In a leisurely and lively two plus hours, the “Harrison Bourbon Barrel Brew Bracket” ticket-holders were able to taste and compare beers from eight different local brewers, all of which had been aged in matching local Harrison barrels for three months. Harrison Bourbon was served as well, so the tasters were also able to anchor their pallets in the source and consider the skill and artistry involved in
selection of beer style and marriage of flavors.

To pull off the production of the beers and the event was no small feat of logistics and cooperation, and to our knowledge this is the first time ever for a hyper-
local tasting event of this scale and magnitude. And, to put a cherry on top for all things local, the event was also a fundraiser for Indiana’s Greenways Foundation.

The event was a joint effort between Indiana’s own W.H. Harrison Bourbon (@HarrisonBourbon) and Brew Bracket (@BrewBracket), a competition event where craft beer fans get to blind taste and vote for their favorite beers in a March Madness- style taste-off, the creation of Mike Sale and Ryan Coyle.

The tasting was held in downtown Indianapolis’ historic City Market, at the Tomlinson Tap Room, a bar owned by the Indiana Brewer’s Guild that serves only local beers, wines and spirits.

The participating brewers and beers included: 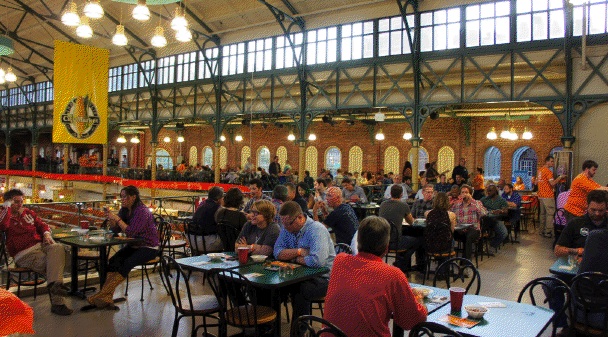 At the start, tasters were given only a blank bracket form for notes, two beer tasting glasses (orange vs. grey), orange and grey bottle caps for voting, and a ration of Harrison Bourbon.

As the event progressed, a small army of servers brought pitchers of two beers at a time,  simply labeled ‘orange’ and ‘grey’. After tasting and evaluating a pairing, the crowd was able to vote for their favorite with orange or grey bottlecaps, and the winner – brand still unknown – was announced and advanced to the next round.

Combining this with emcees, a live tweet wall (#BBBourbon), a table full of raffle swag, and great music made for a fantastically entertaining adventure and a lively, cheering crowd.

At times when “orange” or “grey” chants broke out, you could close your eyes and imagine being in a bar during the Final Four.

The wide range of beer styles we enjoyed was fantastic – a great demonstration of how much can be done with barreling – and explains why Bourbon Barrel Aged beer has become such a hot category and
led to a shortage of used Bourbon Barrels nationally.

After all of the tasting and voting was completed and tallied, the blind brackets were filled in and revealed on the tweet wall for the first time.

The two finalists were Barley Island – whose brown ale brought fruity accents that complemented the beer and the bourbon flavors exceedingly well – and RAM’s Maibock, which carried over the butterscotch, caramel and vanilla notes of the Bourbon into the beer in a dramatic and deliciously forward palate that was a real crowd pleaser. 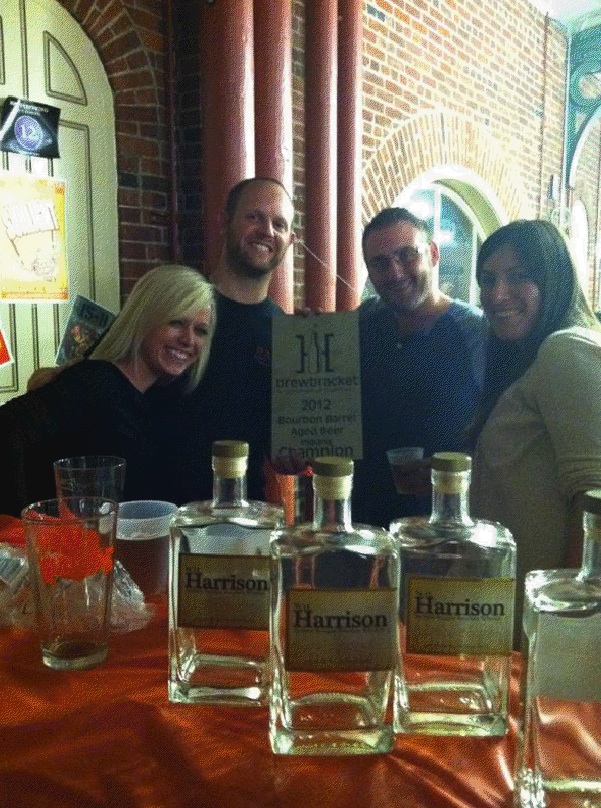 In the end, the RAM was crowned the ultimate winner. Head Brewer Andrew Castner (@IndyBrewer) announced that there is still a good bit of the winning Harrison Barrel Aged Big Horn Maibock back at
the restaurant, and plans are being made to host a special event with Harrison Bourbon to tap the rest of the supply.

In addition to bragging rights, both the RAM and Barley Island will have access to a much larger supply of Harrison barrels to make a scaled-up batch of their winning beers. Stay tuned for details of availability in
about three months! 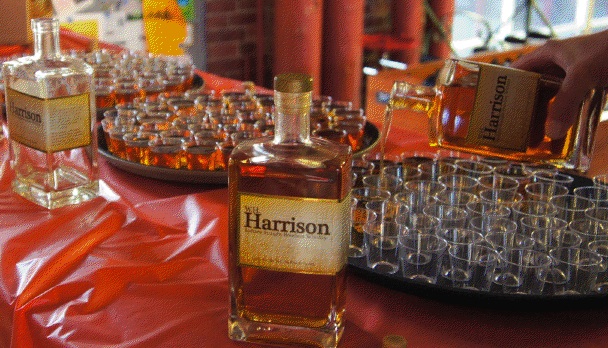 Hundreds of Harrison Bourbon samples being poured for taste comparison with the beers. 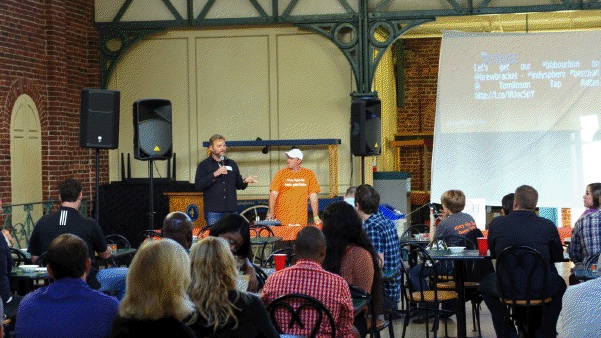