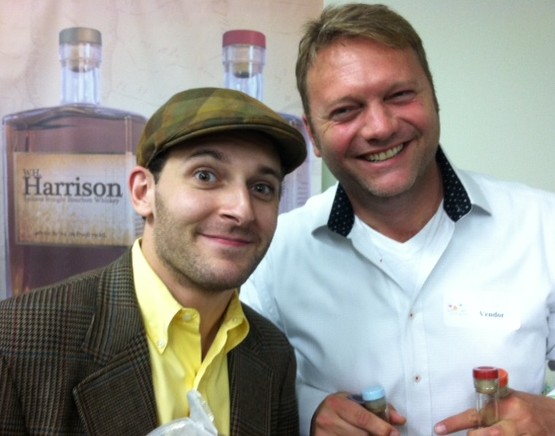 (L to R) Gentleman on the left happens to be named Harrison and he works for W.H. Harrison (though the Bourbon is named after 9th President of the U.S.A) with Tipton Spirits Founder Jerry Knight

BourbonBlog.com catches up with Tipton Spirits Founder Jerry Knight in the streamable audio podcast above.  Jerry tells us about his new Crème Brulee and Brownie Batter flavors of Desirée Vodka and about Indiana’s W.H. Harrison Bourbon.

While many bourbon distilleries send their used barrels to Scotland to age scotch, Indiana’s W. H. Harrison is keeping what they are doing “hyper local.” Jerry tells BourbonBlog.com they have have donated matching used bourbon barrels to 8 Indiana breweries to age beers for 3 months.

Attendees at the upcoming “Brew Bracket” in Indianapolis will taste the beers and vote on their favorites at the “Bourbon Barrel Aged Beer Tasting Event”  Saturday September 29th – (Currently SOLD OUT) Hosted at Tomlinson Tap Room in the City Market in  Indianapolis, Indiana.

The winning micro-brewery with the most votes from attendees will receive more barrels to make more of that W. H. Harrison Bourbon Barrel Aged Beer. 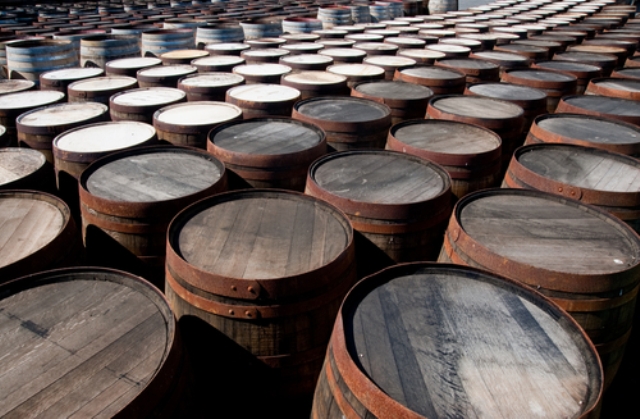 Brew Bracket is the first of it’s kind, a live tasting tournament event. Each Brew Bracket event features a group of local brewers bringing their own version of a broad style of beer (i.e. IPA).

Participants blindly taste two beers at a time and vote for their favorites, as the best brews move through a bracket style tournament until a champion is declared.

The event helps celebrate the best local beers and is a great opportunity for local enthusiasts to find out more about their personal favorites through blind tasting. 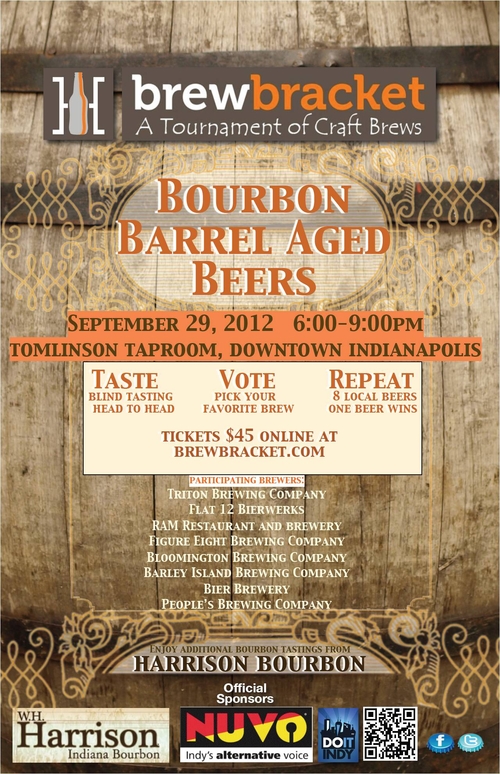 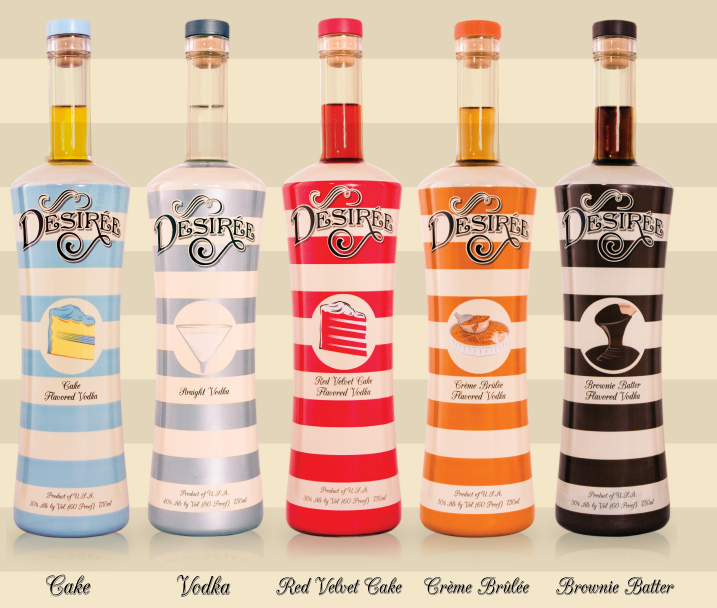 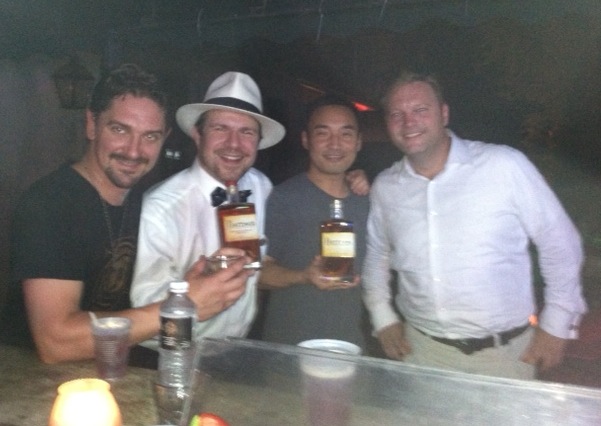