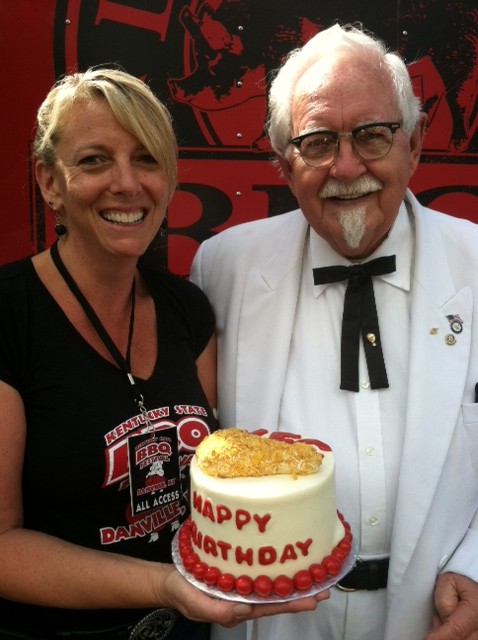 While the original Colonel Harland Sanders Sanders would be celebrating 122 years on September 9th, 2012, BourbonBlog.com celebrated with this look-a-like Colonel Bob Thompson on September 8th for his real 83rd Birthday during the Kentucky State BBQ Festival.

Bob is former major of Lawrenceburg, Kentucky he best look-a-like, an official spokesperson for Kentucky Fried Chicken and Ambassador for the World Chicken Festival. Thus, Colonel Bob has KFC’s permission to be Colonel Sanders.

The Chicken Birthday Cake designed and created by The Twisted Sifter of Danville is not really made of chicken, there are cornflakes atop to give if a “breaded.” The cake and the cupcakes created by Twister Sifter were delicious! The cake was presented by Cindy Simmons of Lucky Dog BBQ. 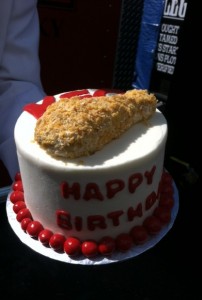 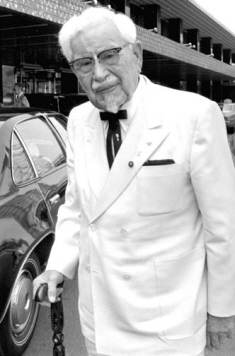