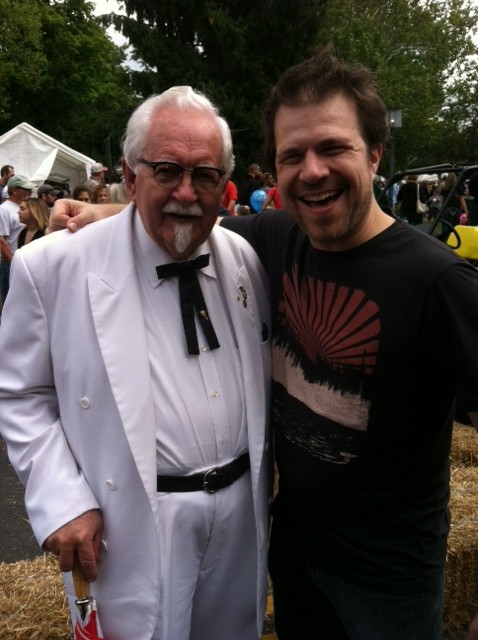 BourbonBlog.com at the Kentucky State BBQ Festival 2012. We join friend Colonel Sanders and invite him to taste some BBQ from Carey Bringle, (Peg Leg Porker BQQ) with us.

Ok, so this isn’t the real Colonel Sanders. This is Colonel Bob Thompson of Lawrenceburg and he is a look-a-like, an official spokesperson for Kentucky Fried Chicken and Ambassador for the World Chicken Festival.

Colonel Bob has KFC’s permission to do and and does a mighty fine job! 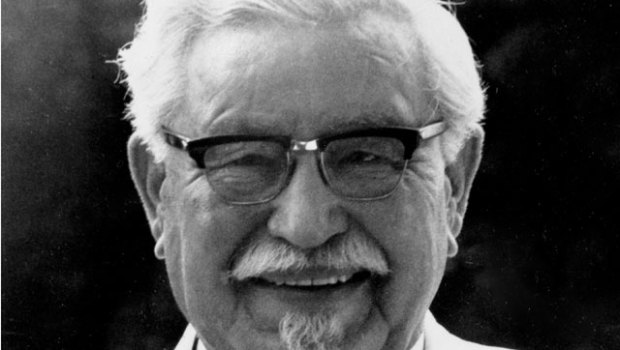