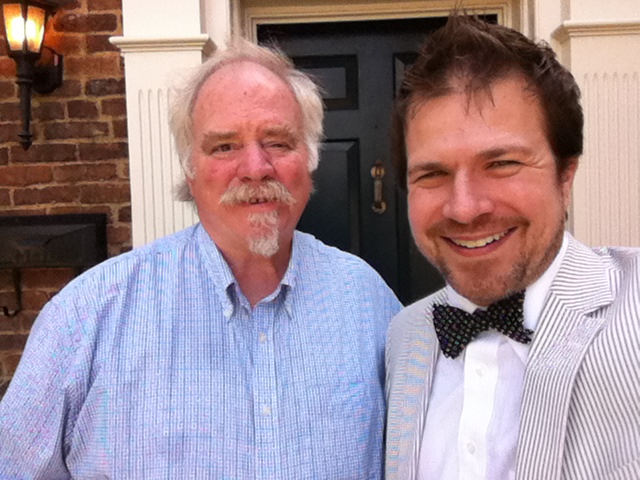 Colonel Michael Masters and BourbonBlog.com’s Tom Fischer (who happens to be a Kentucky Colonel as well)

BourbonBlog.com‘s friend Kentucky Colonel Michael Masters of the Kentucky Bourbon House in Bardstown was recently featured on the Travel Channel’s Small Town America as he demonstrated how to make his recipe for best mint julep we’ve ever drank!

Watch the Colonel’s recent appearance on Travel Channel below and we’re also including the first two interviews we ever did with Colonel on BourbonBlog.com – from both 2010 and 2007 at the bottom of this story from our archive.

While you’re at it, try his mint julep recipe! We’ve tried every creative take on the julep and while many impress us, there is no mint julep as classy, classic and deeply delicious as the Colonel’s.

All perfect time, as Bardstown, Kentucky is named the “Most Beautiful Small Town in America” winning Honor in Rand McNally/USA TODAY ‘Best of the Road’ 2012 Contest and honored on the Travel Channel as well.

Chapeze Mansion, built in 1787, is a beautiful Federalist mansion and one of the great historic places for Bourbon Tasting in Kentucky. 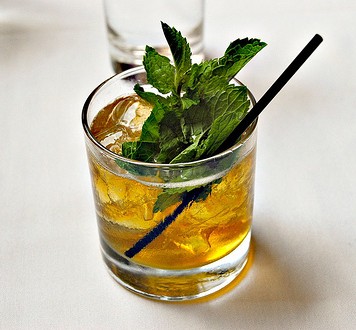 – Start with a rocks glass, add ice until half full
– Add two jiggers of Bourbon
– Add Mint Simple Syrup atop Bourbon to fill.
– Smack a sprig of mint and garnish and a short cocktail straw. Do not stir. Let the mint and Bourbon get acquainted.

Then steep and infuse 12 sprigs of fresh mint making a tea out of the simple syrup for about 30 minutes.

Let sit to cool and refrigerate. 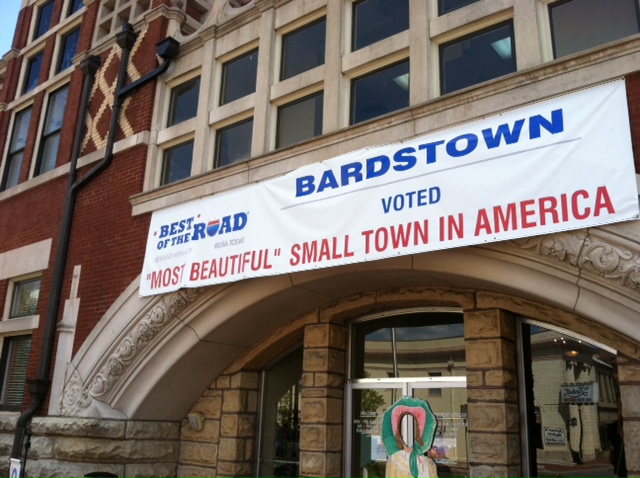 Bardstown, KY is the Most Beautiful Small Town in America – Wins Honor in Rand McNally/USA TODAY ‘Best of the Road’ 2012 Contest and honored on The Travel Channel