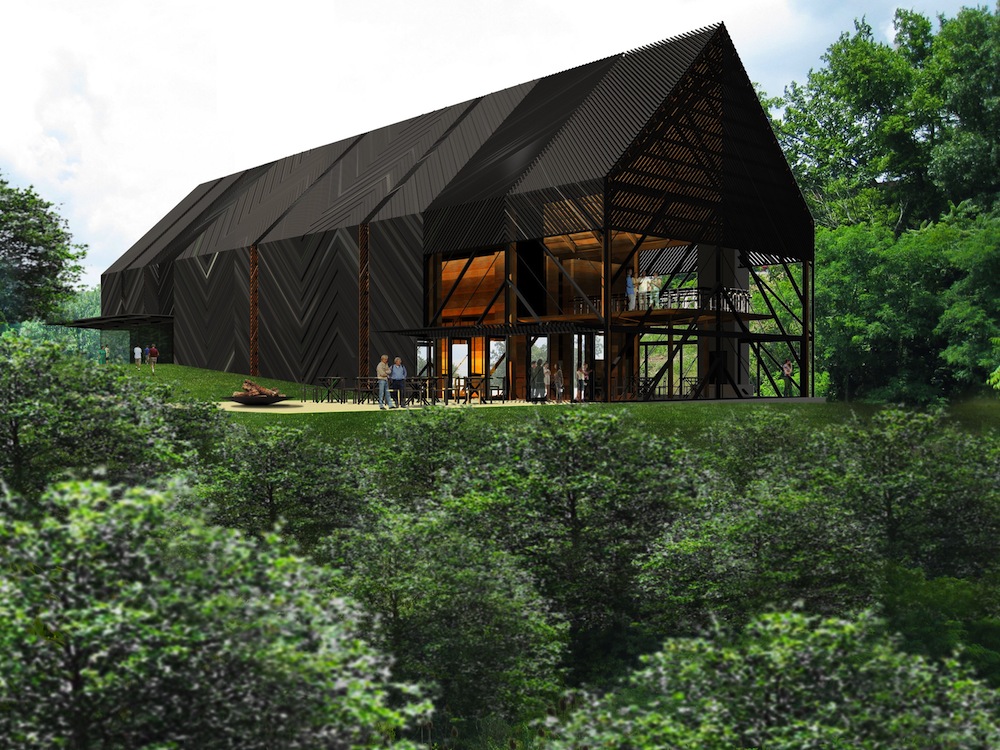 See this view to your left?

You’ll soon be able to sip Wild Turkey Bourbon and look out the windows of one of the finest new bourbon distillery visitor centers in Kentucky!

BourbonBlog.com in Lawrenceburg, Kentucky this morning joining Wild Turkey Distillery, the wholly owned subsidiary of Davide Campari-Milano S.p.A., together with its affiliates Gruppo Campari, as they announce their plans to continue expansion of the famous Wild Turkey Distillery site (development photos as they are envisioned by the planners included in this story).

The visitor center is the crowning jewel in the company’s near $100 million in distillery operation improvements since Gruppo Campari purchased the iconic whiskey brand in 2009.

The new Wild Turkey Visitor Center will be a dramatic upgrade over the small, 1,000-square-foot, circa 1800s building that currently hosts tastings for bourbon fans and serves as the company gift shop. Offering dramatic vistas of Wild Turkey Hill and the Kentucky River, the striking new building will occupy 8,500 square feet and be perched just behind the new distillery expansion, which opened in 2011.

“Our goal with our new visitor center is to offer bourbon fans an experience befitting the iconic Wild Turkey brand that will serve as a tourism cornerstone in Eastern Kentucky on the famous Kentucky Bourbon Trail tour,” Umberto Luchini, Head of Marketing, Campari America tells BourbonBlog.com.

“With the Wild Turkey brand growing at more than 22 percent globally, we are dedicated to advancing consumer education of Kentucky’s native spirit here in the Commonwealth with our new visitor center as well as all over the world.”

Slated to open in April 2013, the new Wild Turkey Visitor Center is expected to welcome upwards of 70,000 visitors annually – up significantly from the 35,000 visitors per year of the previous facility.

Broad woodwork along the outside of the two-story structure will be reminiscent of the staves that make up bourbon barrels. Vast windows will look out over the scenic Kentucky River and an expansive terrace will be perfect for picnics, events, and even musical performances. Inside, whiskey fans can expect to see a thoughtful blend of the distinctive history of Wild Turkey and the bourbon industry presented through modern technology.

The design concept is inspired by local and regional precedents specific to the Kentucky region and the Wild Turkey Bourbon brand. By alluding to these inspirations in an abstract manner, the
visitor center design will be a building that is simultaneously familiar and new – bridging tradition and modernity.

The building will house an expanded gift shop, interactive displays, a large multipurpose room for seminars, and, of course, a fantastic tasting area where visitors might stumble upon a bourbon seminar led by legendary Wild Turkey Master Distiller and Bourbon Hall of Famer Jimmy Russell.

“One of the best parts of my job is sharing my love for bourbon with visitors to the great Commonwealth of Kentucky,” Russell tells BourbonBlog.com. “While I wasn’t all that fond of going to school in
my youth, I look forward to opening the doors to what will essentially serve as the ‘University of Bourbon’ when we christen our new visitor center in the spring of next year… with a bottle of Wild Turkey, of course.”

“In 2011, tourism contributed more than $11.7 billion to Kentucky’s economy,” said Commonwealth of Kentucky Governor Steve Beshear. “I applaud Campari America and Gruppo Campari for making tourism a key aspect of their nearly $100 million in capital investments since they purchased the Wild Turkey brand three years ago.”

Since Campari America purchased Wild Turkey, the company has made a major financial commitment to the distillery’s operations, its employees, and to the local and state economy.

Last year, the Company unveiled a $50 million expansion of the distillery, more than doubling the facility’s production capabilities, and also announced a new $44 million packaging facility
slated to open in the fall of 2013.

The design of the new Wild Turkey visitor center will be handled by De Leon & Primmer Architecture Workshop, a local Louisville collaborative design studio focusing on projects with
a cultural, civic or not-for-profit basis. The construction company working on the project is Lichtefeld Incorporated from Louisville. 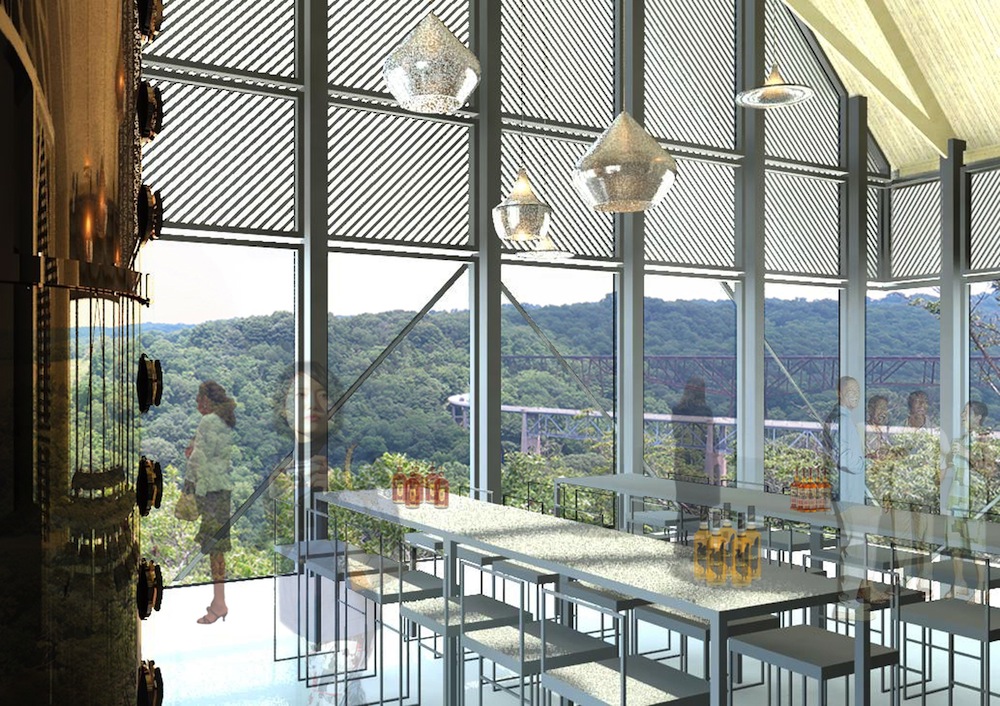