BourbonBlog.com is the first to review the rare Jefferson’s Ocean Aged Bourbon and we’re happy to report that it was an impressive experiment indeed!

We broke the story earlier in the month telling you about the limited edition Jefferson’s Ocean Aged Bourbon.

The new make was put right in the barrel and immediately went onto a 126-foot research vessel for four years to age. Only 600 bottles will be available at $90 per 750ml.

While the bottle design is still in the works, the photos here demonstrate the deep, rich colors of the bourbon both in the glass and in the sample bottle sent from Castle Brands Inc.

Taste:  Rich with barrel and buttery.  Serious heavy oak a reminscent of a bourbon at least twice as old, perhaps even nearly 12 years old.  The sea has worked some magic. Considering this has only been aged 4 years, it is surprisingly rich.

Slight hints of the “sea” characteristic often found in some Scotch, which not only mark the salt, but also the complete experience of the sea flavors.

Finish: Lingering, bold and a perfect place for a bourbon lover to dock the tastings for the night. 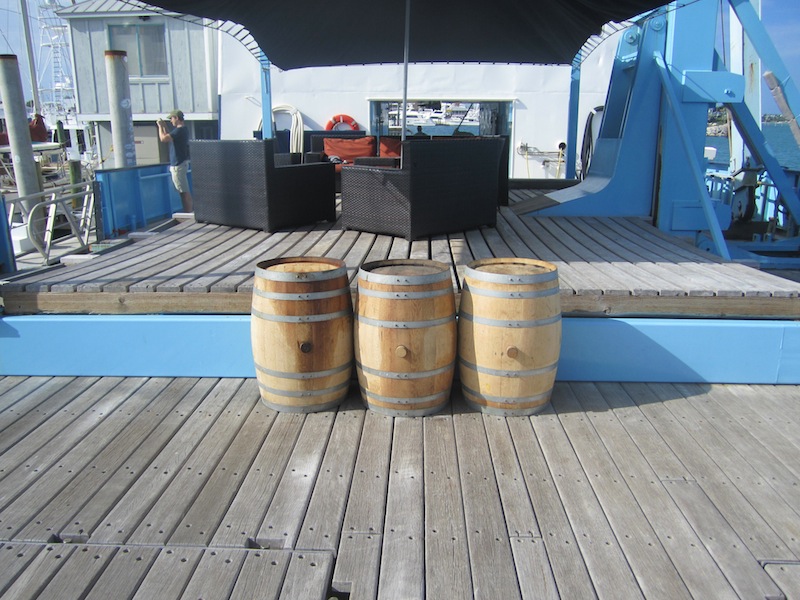