All that fun aside, what does it taste like once you “Step into the black?”  BourbonBlog.com brings you our review of the new Captain Morgan Black Spiced Rum.

This is a Caribbean Blackstrap rum with select ingredients, including rich clove spice and premium cassia bark, then finished with double charred blackened oak barrel.

Blackstrp rums are are produced from the darkest molasses produced by the third boiling while refining sugar and the resulting rum is equally as dark, rich, and thick.

Taste: Enters with milk chocolate notes against cola flavor. Notieable cocoa with light burn. Toward the end of mind-palette and before the finish, hits buttery and slightly nutty luscious flavor.

It doesn’t drink on the mouthfeel nor proof as heavy as the deep, rick as the nearly black color it appears. There is enough heat at nearly 100 proof to hold up well in cocktails

The complexity isn’t hugely pronounced, yet very satisfying flavors for the price point of around $20-25.

Finish: Rum warms the mouth against light minty notes with touch of a cooling after-effect. 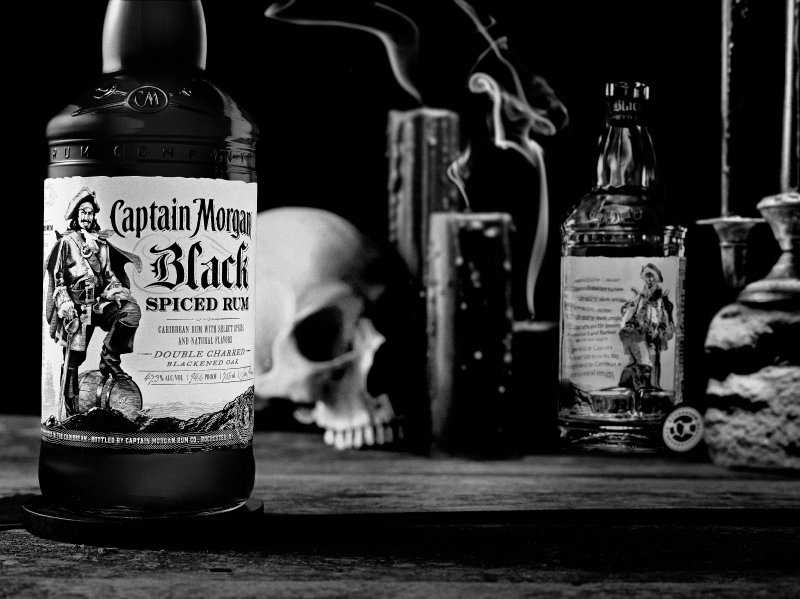