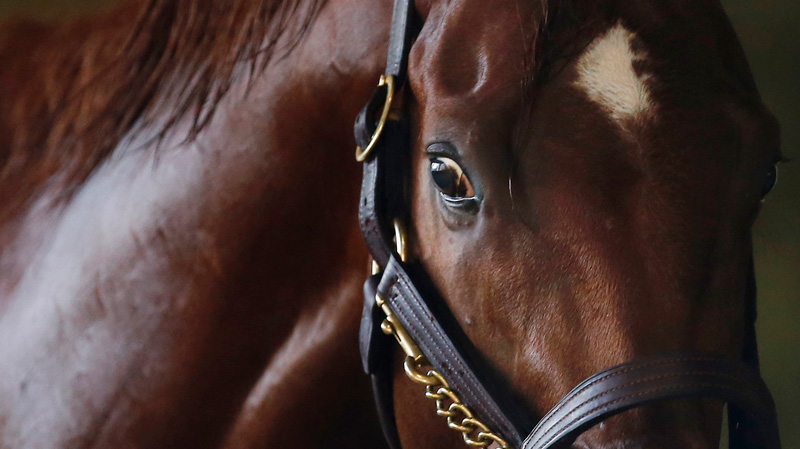 I'll Have Another Won't Run in The Belmont Stakes, photo taken this morning after the excercise photo courtesy Associated Press

I’ll Have Another will not run in Saturday’s Belmont Stakes in New York, trainer Doug O’Neill said this morning on the “Dan Patrick Show.” As BourbonBlog.com has been following the story since our Kentucky Derby coverage, this decision ends the colts bid to become horse racings first Triple Crown winnter in 34 years.

The colt is being pulled from the race over concern about an issue with his left front leg.

A news conference has been called for 1 p.m EST today, Friday June 8. where trainer Doug O’Neill and owner J. Paul Reddam will make the announcement.

Watch the video below from earlier this morning as I’ll Have Another goes for his morning exercise at 5:30 a.m., three hours earlier than normal. O’Neill said then that he wanted to avoid the media crush which has accompanied the horse for the last three days.

Watch all of BourbonBlog.com’s Kentucky Derby Coverage and videos on this link. 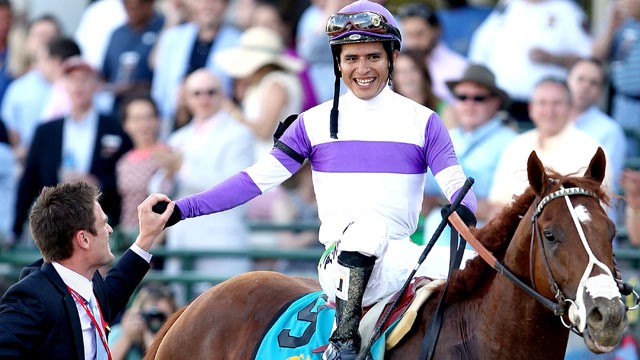 Mario Gutierrez is congratulated by Jack Sisterson after riding I'll Have Another to win the 137th Preakness Stakes at Pimlico Race Course, May 19, 2012 in Baltimore, MD - photo courtesy Getty Images