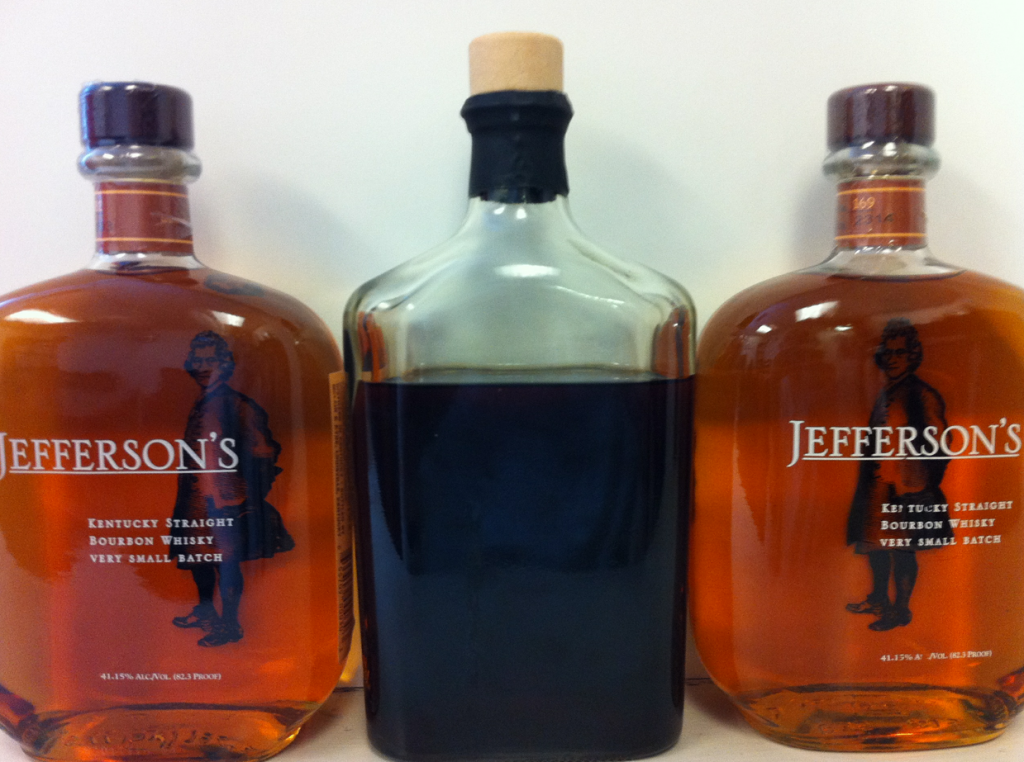 These early photos of Jefferson's Ocean Aged Bourbon released to BourbonBlog.com before any official packaging show how dark the colors have become at only 4 years old from the ocean aging compared next to Jefferson's Small Batch Bourbon which is 8 years in age

This blend is inspired by the sheer curiosity of what effects temperature changes, salt air and continuous rocking of the sea would have on bourbon’s aging process. The ocean’s conditions allowed the whiskey to mature faster, producing a dark and rich bourbon that rivals whiskeys aged for nineteen years. There are only 600 bottles of this rare bourbon available which will release nationally.

“We wanted to attempt something that has never been done before,” Jefferson’s founder and master blender Trey Zoeller explains to BourbonBlog.com. “By taking our signature ‘Ridiculously Small Batch’ blending process and allowing nature to take its course, we’ve developed full-bodied bourbon that has weathered the elements and is comparable with bourbons aged for much longer.”

Trey Zoeller, founder and master blender of Jefferson’s Bourbon, stands atop the barrels of bourbon which have been "ocean-aged" for 4 years

The research done by OCEARCH can be seen on the National Geographic Channel’s hit series “Shark Men,” which chronicles a team of scientists and anglers on a Great White Shark research mission, led by Fischer. Over the course of six expeditions, the team caught, tagged and released 23 white sharks, resulting in a total revision of the species’ lifecycle theory in the eastern Pacific.

Proceeds from Jefferson’s Ocean-Aged Bourbon will go to support OCEARCH.

We will have a review of this Jefferson’s Ocean Aged Bourbon coming soon here on BourbonBlog.com. 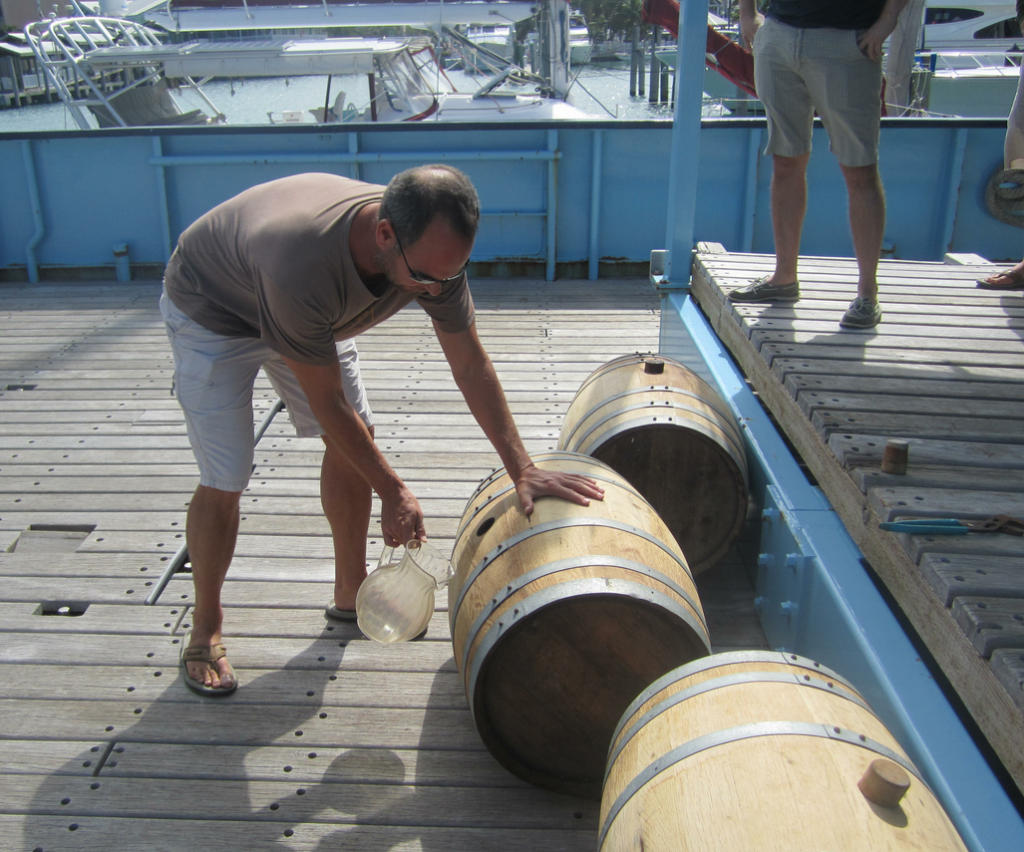