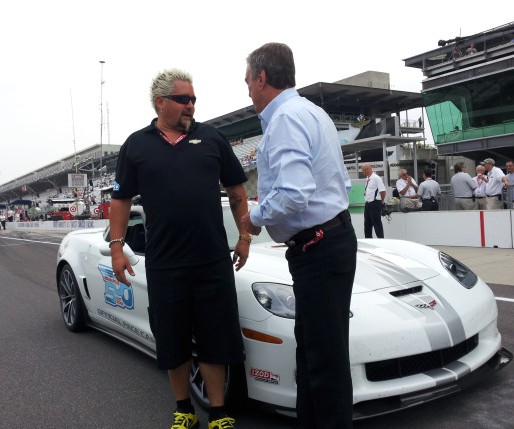 Guy Fieri is one of of favorite chefs and bourbon lovers on BourbonBlog.com. We’re happy to see will drive the Indy 500 Pace Car the 96th Indianapolis 500 on May 27 ! Fieri will lead the field in a 2013 Chevrolet Corvette ZR1 at the Indianapolis Motor Speedway.

This ZR1 is fastest production car ever offered by General Motors, with a top speed of 205 mph.

Fieri will drive the ZR1 Pace Car to lead the field of 33 drivers to the green flag to start the 200-lap contest.

Guy Fieri actually happens to be a classic car collector, including a red 1968 Chevrolet Camaro SS convertible that is featured on Diner’s Drive In’s and Dives.

We recently caught up with Guy Fieri at the 2012 Barnstable Brown Derby Eve Gala see video below. 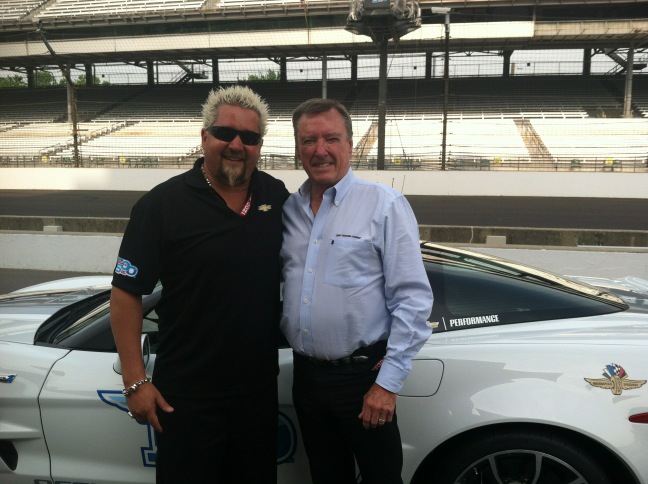 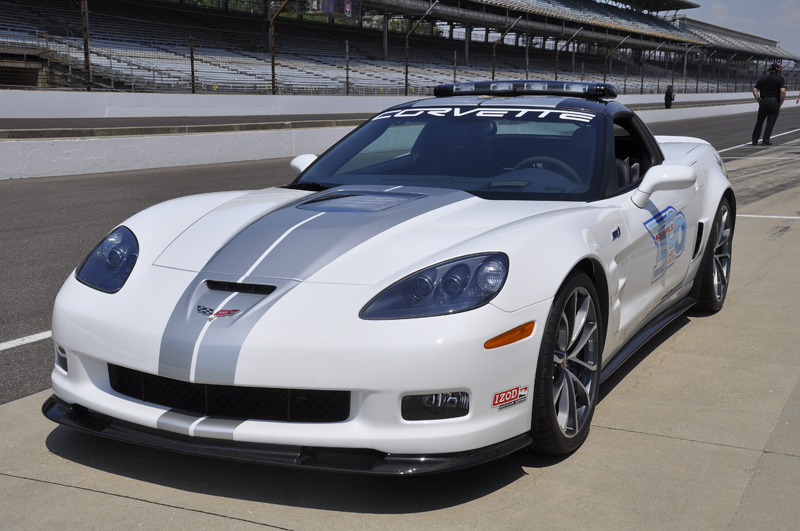