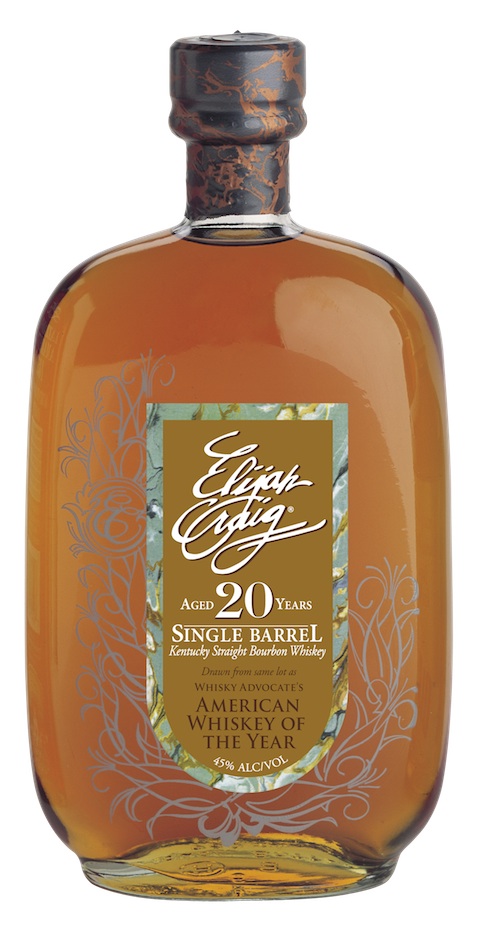 The new Elijah Craig 20 will retail for approximately $130 for the 750ml size, but less than 80 specially selected barrels will be dumped, yielding fewer than 1,300 bottles.

For now, in order to manage stock levels in the warehouses, Heaven Hill has temporarily suspended bottling of the 18-Year-Old Elijah Craig Single Barrel that it has offered for a number of years, but plans to augment the Elijah Craig line with future extra-aged single barrel limited editions.

There has talk at Heaven Hill that older expressions might possibly be released including a 21-Year-Old bottling (or older) under the Elijah Craig label at some point in the future.

Because it seems uncertain how long the Elijah Craig 18 will be available again or when it will be re-released, we recommend grabbing a bottle if it is one of your favorites and if you can still find it on shelves.

Last fall, a special one barrel bottling of the Elijah Craig 20-Year-Old Single Barrel done by Heaven Hill to mark the 20th anniversary of the Kentucky Bourbon Festival (which was available only at Heaven Hill’s Bourbon Heritage Center Gift Shop).  Heaven Hill’s 7th generation Master Distiller Craig Beam tells he likes it describing the, “The flavor of Elijah Craig 20-Year-Old  in many ways goes back toward the complexity of Elijah Craig 12-Year-Old with deep notes of the cooperage, but  gives even more of the oak.”

“With literally thousands of aging barrels over 10 years old, we have a huge and one-of-a-kind resource to tap into,” note Craig Beam. “We’ve carefully identified several hundred that are at middle to high storage in our best rickhouses, and these will be the source for these very special future Elijah Craig Single Barrel editions. These are some of the best older barrels of traditional rye-based Bourbon we have in our inventory.”

The first 20-Year-Old Single Barrel release, which will start to appear on shelves in major metro markets in 36 states in late May or early June, will be packaged in the traditional Elijah Craig Single Barrel bottle, but with a brown face label which carries the 20-Year-Old age statement. The new 20-Year-Old version will continue to be bottled at a robust 90 proof, or 45% alcohol/volume.

Aside from the recent honor from Whisky Advocate for the special 2011 release of the 20-Year-Old, Elijah Craig 18-Year-Old Single Barrel has in the past won Double Gold Medal/Best Bourbon from the San Francisco World Spirits Competition, “Top 50 Spirits” from Wine Enthusiast magazine, and a Gold Medal at the International Spirits Challenge.

“We are tremendously excited to introduce this special edition Elijah Craig 20 Year-Old into a broader market, albeit still in very limited quantities,” stated Heaven Hill Whiskey Portfolio Brand Manager Susan Wahl. “This release, and subsequent releases, will take the consumer on a tasting journey of discovery that will motivate them to move up the brand offerings, from the more widely available 12-Year-Old Elijah Craig Small Batch on through these more aged, rarer bottlings.” 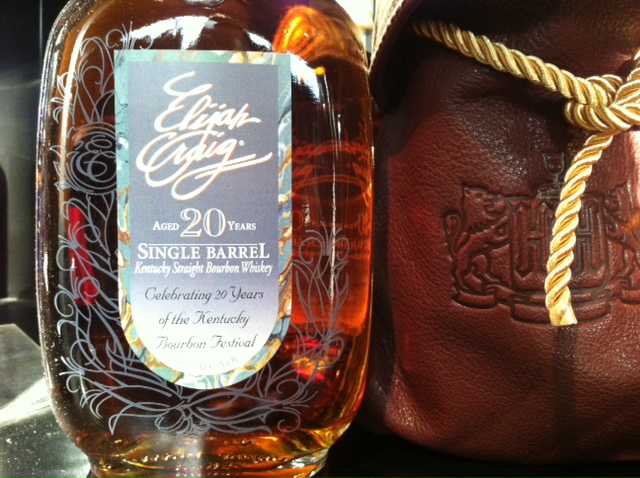 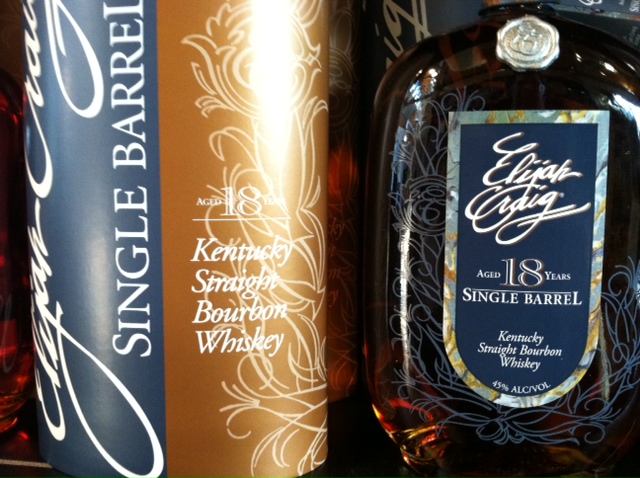