Early Times Kentucky Whisky tells BourbonBlog.com that the second Mint Julep Artist Search Contest has concluded and Early Times is welcoming back a former bottle artist Celeste Susany  as this year’s winner with (bottled pictured to the left).

After receiving dozens of entries from across the country, Celeste Susany of Saratoga Springs, NY was chosen as the winner for her artwork entitled “Out of the Gate” (see full painting at bottom of this story)

For the past 25 years, the Early Times Mint Julep has proudly served as the “Official Drink of the Kentucky Derby” with a commemorative artwork bottle released for the past 13 of those 25 years. Susany’s winning artwork will be featured on this year’s Early Times Mint Julep commemorative bottle. In addition, she will receive $5,000 and a trip for two to the 2012 Kentucky Derby.

Actually, for 11 of the 13 commemorative bottles, the paintings of Celeste Susany had graced the bottle. 2010 marked her final year with her masterwork entitled “A Golden Moment” featuring the field of contenders galloping along the back stretch while the twin spires stand majestically in the background.

With 2010 marking Susany’s final year of doing the artwork for the commemorative bottle, Early Times held the first nationwide contest where artists were able to submit their original artwork for consideration to be featured on the bottle. The 2011 winner was Marita Walizer,of Oklahoma City, OK for her artwork entitled “Derby Cheers.” We interviewed Marita last year on BourbonBlog.com in the ( watch video segment below).

This year, consumers had a chance to become the 2012 Early Times Mint Julep bottle artist by logging on to the Early Times website and submitting their “Kentucky Derby Day” artwork. In the end, Susany’s work was chosen and she will return for her 12th year as the official bottle artist. 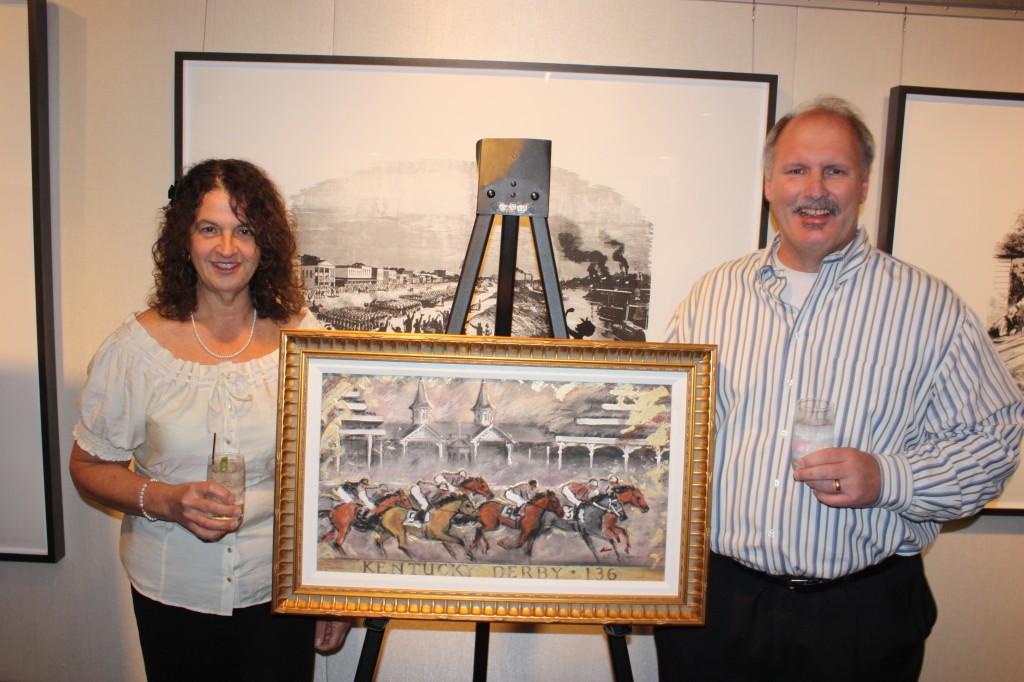 “What an honor it is to have my artwork selected to be on the Early Times Mint Julep commemorative bottle, especially being chosen among other great artists,” said Susany. “After a year away from doing the artwork, I am excited to be back for the 2012 Kentucky Derby.”

The newly labeled one-liter pre-mix bottle will begin hitting shelves in early April. It will be available in limited quantities throughout the United States for a suggested retail price of $14.99.

Video segment below from Kentucky Derby 2011, BourbonBlog.com interviews Marita Walizer, as she explains the symbolic meaning of her painting and the family members she included within 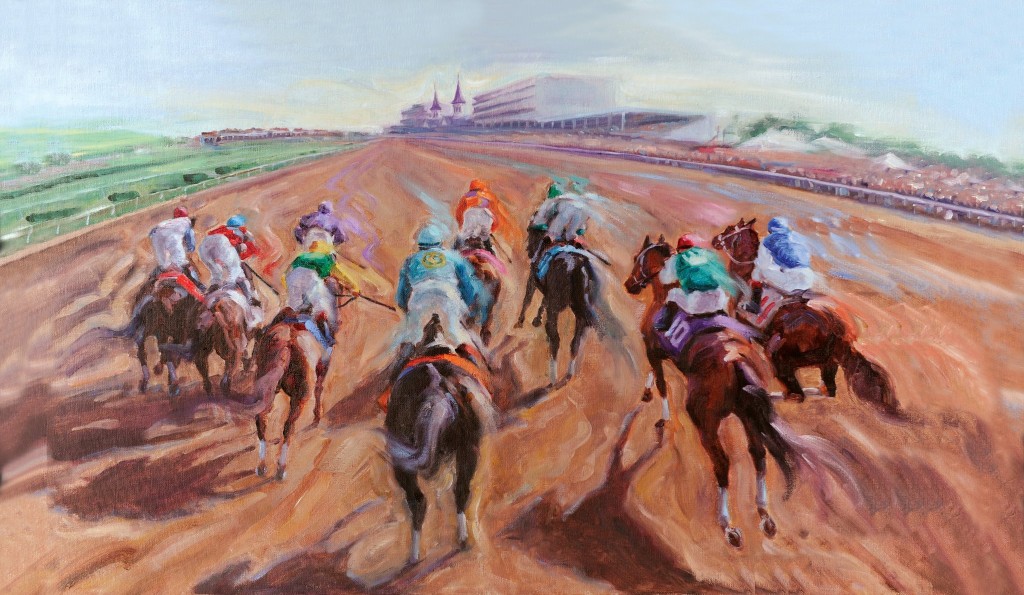 The full painting of "Out of the Gate" by artist Celeste Susany for Kentucky Derby 138 of Churchill Downs, Louisville Kentucky which appears on the commemorative Early Times Mint Julep Bottle 2012