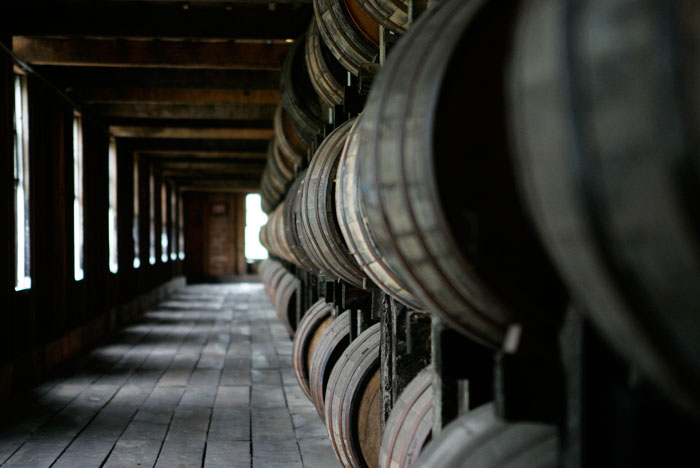 Kentucky Gov. Steve Beshear today unveiled a new study that shows Kentucky’s Bourbon industry is helping carry the Commonwealth through the economic crisis by adding jobs, investing millions in distillery operations and attracting more tourists than ever before. BourbonBlog.com attended a Capitol press conference where Gov. Beshear called Bourbon “a homegrown gem and a bright spot in a struggling economy. This signature industry has proven to be very stable and a key driver in our efforts to diversify our economic base.”

The study – conducted by Dr. Paul Coomes, an economist at the University of Louisville – found an amber wave of capital investments in the last three years due to the growing global demand for Bourbon and the skyrocketing popularity of the Kentucky Bourbon Trail tourism attraction. 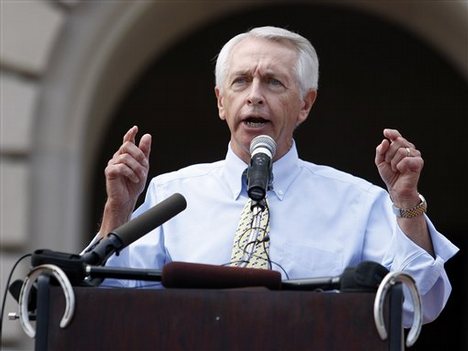 “It’s a thriving industry and a success story that we’re proud to tell,” he said. Louisville Mayor Greg Fischer has been working with distilleries to bring more Bourbon tourism experiences to the Louisville market. He said the impressive study proves Bourbon “isn’t just a drink anymore. It’s a culture, a lifestyle and an essential part of our tourism efforts.”

The study determined that visitors who tour Kentucky Bourbon Trail distilleries are affluent and overwhelmingly come from outside the Bluegrass, which leads to multi-night hotel stays and more dollars spent in local communities. On average, tourists who visit all six distilleries spend about $737 each, the study found. That’s a total economic impact of $18.4 million in the last four years alone, given that more than 25,000 people have completed the Kentucky Bourbon Trail tour since 2007.

And that’s just the tip of the iceberg, Mayor Fischer said, since the study relied on data from people who have toured all six and filled out a commemorative Passport. Distilleries have actually recorded more than 2 million visits in the last five years. “The Kentucky Bourbon Trail is changing the face of Kentucky tourism,” Mayor Fischer said. “While many states are creating wine trails, the Kentucky Bourbon Trail is the only one of its kind in the world. The impact is real and the opportunities are endless.”

 Other major findings include:

– Distilling contributes nearly $2 billion in gross state product each year, and has more than doubled its importance to the state’s overall economic activity in the last 13 years.

– In the last decade, distilling created 4 percent new job growth while the rest of Kentucky’s broader manufacturing base was shrinking.

– Kentucky remains the center of the Bourbon universe, producing 95 percent of the world’s supply. However, there is fresh competition with new micro-distilleries (called “Craft” distilleries) opening around the country.

– About 9,000 people owe their paychecks to the distilling industry, with a total annual payroll of $413 million.

– Kentucky hosts 43 percent of all distilling jobs and 48 percent of payroll in the U.S.

– Distilling is a significant job creator, with one of the highest spin-off factors in the state. It ranks 4th out of 244 manufacturing industries in total employment and job multiplier.

– Distilleries and their employees have contributed millions to charities and volunteered thousands of hours of time to improve the quality of life in their communities and in efforts to fight underage drinking, drunk driving and alcoholism.

– State and local governments receive $126 million in taxes every year from spirits production and consumption.

– Kentucky taxes spirits higher than any other open market state except Alaska and Illinois. 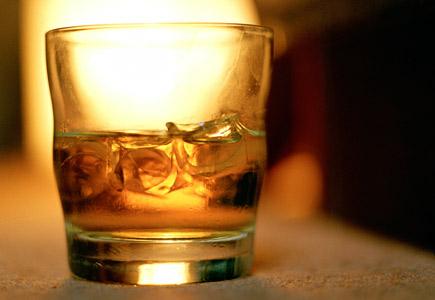 “All signs point to more growth on the horizon” David Adkisson, President and CEO of the Kentucky Chamber of Commerce tells BourbonBlog.com. In addition to expansion discussed in the study, he said several “Craft” distilleries have opened in the Commonwealth.

“Now is the time for state government to nurture this new growth and to create a path for larger investments by our emerging and historic distilleries,” he said. “And that lies in tax reform to create a level playing field in the global marketplace.”
 
Adkisson pointed to the ad valorem tax that’s assessed each year on aging Bourbon barrels in Kentucky warehouses. It is the only such tax in the world and is not assessed on any other alcoholic beverage such as beer, vodka, wine, Scotch – and even Tennessee whiskey.

“This is a Kentucky-only tax that discriminates against our signature Bourbon industry, and it’s a tax that state government should give serious consideration to fixing,” he said. “We cannot keep putting our Bourbon industry over a barrel when it comes to global competition.”

The ad valorem tax is one of seven taxes levied on every bottle of spirits in Kentucky, with a whopping 60 percent of every bottle going to taxes, the study reported. Tennessee – second only to Kentucky in whiskey production – taxes spirits at two-thirds the rate as Kentucky.

In fact, taxation on Bourbon has been a hot topic the past few  years and BourbonBlog.com has helped to fight against these taxes by rallying our thousands of followers and communicating the message (Listen to our podcast from 2009). With our 33,000 + followers on Twitter just to start with @BourbonBlog, we reach the largest number of followers on “Whiskey” “Bourbon” and “Kentucky.” We’re proud not only to support  causes  that are good for Bourbon and Kentucky but also encourage our followers and friends from afar to visit Bourbon country.

Dr. Coomes also found that California, which dominates wine production in the U.S., ranks near the bottom with one of the lowest wine excise taxes. Similarly, the top beer states – Missouri, Colorado and Wisconsin – also rank near the bottom with some of the lowest beer taxes. Coomes, one of the region’s most respected economists, is a professor of economics at the University of Louisville’s College of Business and Public Administration. He received his Ph.D. from the University of Texas.

Jeff Conder, Chairman of the Kentucky Distillers’ Association that commissioned the study, said the report clearly shows that the Bourbon industry provides benefits for all of Kentucky through jobs, tourism and tax revenue. Conder is Vice President of Americas Operations at Beam, Inc.

He cautioned the crowd of legislators and industry executives to not become complacent in this unprecedented phase of growth and success. “It wasn’t that long ago that Bourbon had fallen on hard times,” he said. “This is a great day and we should all be proud of this success in a depressed economy,” he said. “But let’s not repeat the mistakes of the past and take this industry for granted. The Bourbon industry is too important to the Commonwealth, our history, our heritage and our future.

“Let’s all commit – today – to keep this momentum going, to continue building on our achievements and to ensure that Kentucky remains the one, true and authentic home for the world’s greatest Bourbon.”