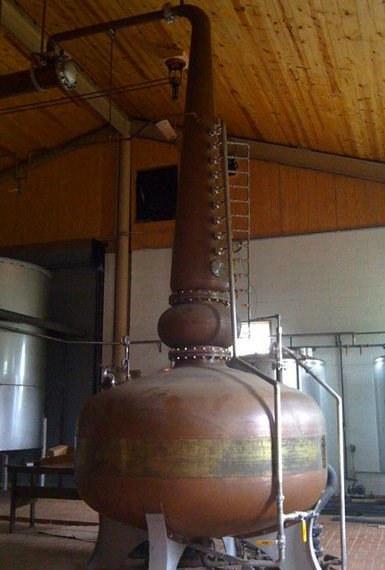 Kentucky Bourbon Distillers of Bardstown, Kentucky known for aging and producing Vintage, Rowan’s Creek, Noah’s Mill, Willet Family Estates and other fine whiskeys tells BourbonBlog.com that they plan to start distilling it either Saturday, January 21 or Monday the 23rd, 2012.

“Many of our distributors have asked over the last number of years, ‘When are y’all going to fire up the still?’ At long last the answer is ‘any day now.’ We aim within the next few days to fire up our 55-foot beer still,” Drew Kulsveen of Kentucky Bourbon Distillers tells us.

At Mrs. Martha Willett Kulsveen’s strong urging, Kentucky Bourbon Distillers are shooting for January 27th, Mr. Thompson Willett’s (founder and Martha’s father) birthday, as the date in which we will fill our very first batch of barrels.

One of their eight aging warehouses has been exhaustively and completely restored– with the remaining seven warehouses to be restored over the coming months and years. The first batch of new-fill barrels will be placed in this newly renovated warehouse – Warehouse A– where the maturation process will begin. 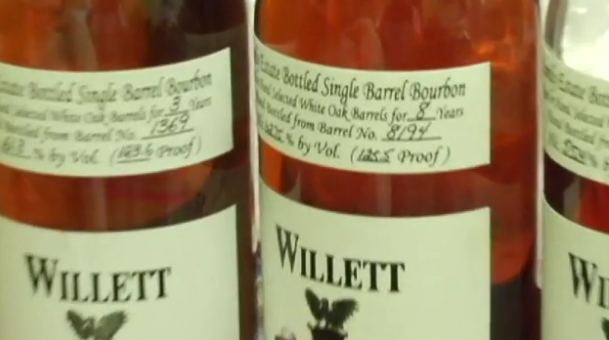 “It would be remiss of us to not mention Mr. Dave Singer and how instrumental Dave was in seeing our dreams come to fruition. Dave was a welder who did the lion’s share of welding work at our family’s distillery.

Unfortunately, Dave left us much too early when he passed away in December of 2010. We remember him fondly and this never could have happened with his contributions,” says Kulsveen.

Kentucky Bourbon Distillers says they looks forward to starting this new and exciting chapter and thank all those who have been supportive and dedicated to their brands.

They’ve been estoring the distillery for several years. For some time now, Kentucky Bourbon Distillers have built a greatly respected reputation on producing some of the best Bourbons in the world  by aging new make and partially aged bourbons from casks procured from other distilleries.

Not long ago, BourbonBlog.com took a tour during the renovation and did a tasting at Kentucky Bourbon Distillers with Drew Kulsveen in this video.