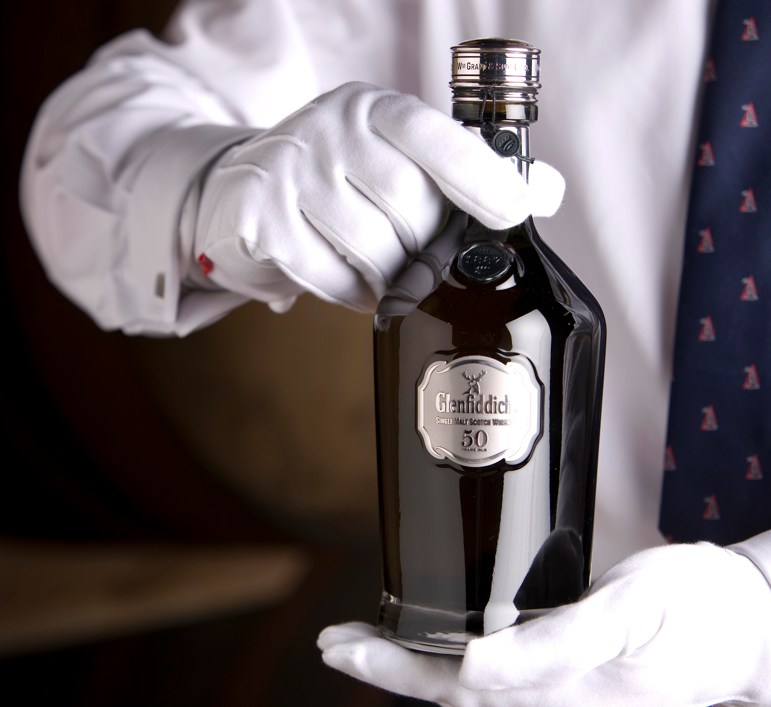 Glenfiddich tells BourbonBlog.com one of the few bottles of the rare Glenfiddich 50 Year Old Single Malt Scotch Whisky available in the U.S has just been sold to an anonymous buyer at Los Angeles International Airport for a price of $17,000.

The extremely rare bottle pictured above being held with white gloves is one of only 6 available in the United States, and the only bottle in the world available at international travel retail, was purchased by an anonymous buyer travelling from Los Angeles to Taipei. Having been unveiled at an exclusive event at the DFS Duty Free store in the Tom Bradley International Terminal (TBIT), the bottle of Glenfiddich 50 Year Old was featured on a custom display at the entrance of the store, where it stood for only 5 days before the sale.

Glenfiddich 50 Year old is reported to be one of the world’s most acclaimed whiskies. When this limited edition was first released in 2009, the first bottle of Glenfiddich 50 Year Old was sold at auction by Christie’s for a staggering $38,000. 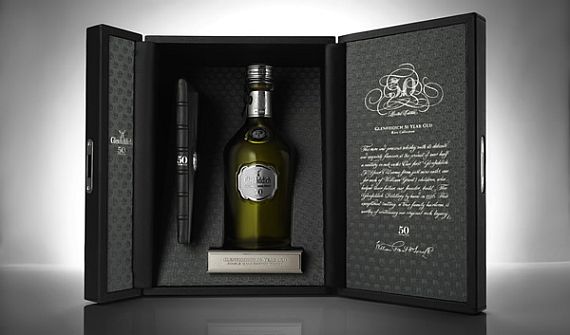 “The remarkable speed with which this bottle was acquired is testament to the rarity and desirability of the phenomenal whisky,” Lindsay Prociw, Senior Brand Manager, Glenfiddich tells BourbonBlog.com. “Since first introducing this pioneering expression in 2009, the demand for the yearly limited release has been extremely high.”

Peter Gordon, the Chairman of William Grant & Sons and the great-great-grandson of William Grant, the founder of Glenfiddich, tells us “Staying true to the pioneering spirit of William Grant, who laid down stocks of whisky for future generations to enjoy, we have consistently planned ahead and have more aged stock than any other distillery.”

Glenfiddich says their 50 Year Old is their crowning achievement. Glenfiddich recently took home 9 awards at the International Wine and Spirits Competition in London on November 16, including an unprecedented 3 Best in Class trophies.

At present, 5 bottles of Glenfiddich 50 remain for sale in the U.S., at various exclusive locations around the country.

Care to buy one?