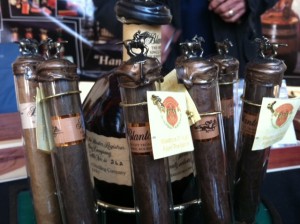 BourbonBlog.com‘s Tom Fischer recently became the first to ever taste the complete Blanton’s collection in Warehouse H on cammera (in the video below).

We now meet the man and company responsible for making a line of Blanton’s Cigars to compliment each of these Blanton’s labels.

Meet William A. Mobley of Kentucky Gentlemen Cigar Company of Lawrenceburg, KY who blends the cigars with the Blanton’s Bourbon. His line includes Blanton’s Original, Blanton’s Special Reserve, Blanton’s Black & Gold, and Blanton’s Straight from the Barrel. If you can’t find a bottle of some of the export only Bourbons in the USA, you can always smoke the cigar.

Williams also shows us how spray bottles of Blanton’s Bourbon are used to enhance the palette as the cigars are smoked. Every few draws, spray that palette!

The filler for most of these cigars are mainly Dominican & Nicaragua while the wrappers range from Connecticut Shade, Natural to Maduro.

The smoke ranges from mild to the medium to full bodied depending upon the strength and proof of each of these labels. 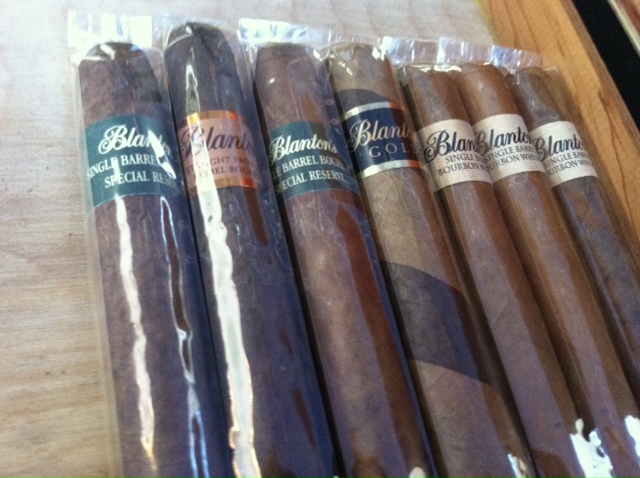 Both videos hosted and produced by Tom Fischer