Jesús Ángel García takes BourbonBlog.com inside for a taste and dance with the 5th annual WhiskyFest San Francisco in his own video above and article below.. 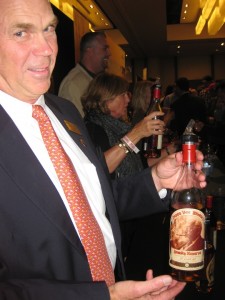 Stepping out at the 5th annual WhiskyFest San Francisco at the Marriott Marquis, I had one question: How do you do this thing? The logistics were daunting: a three-hour window on an early Friday evening to sample more than 250 whiskies, some so high-end there were rumors of nosebleeds among the acrophobes in the house.

Clearly, one needed to approach this night with a stout heart and a cool head. So much to taste, so much Bourbon, so much Scotch, even crazy so-called beers with ABV’s pushing well beyond the limits of your average California Zin.

Disclaimer: I realize this is BourbonBlog.com, but I don’t believe in discrimination.

To me, it’s like the difference between beefsteak and sushi or ostrich or lamb. It’s all meat, and when prepped with care, it’s all good. I did, however, limit myself to Bourbon and Scotch, preferring darker spirits. 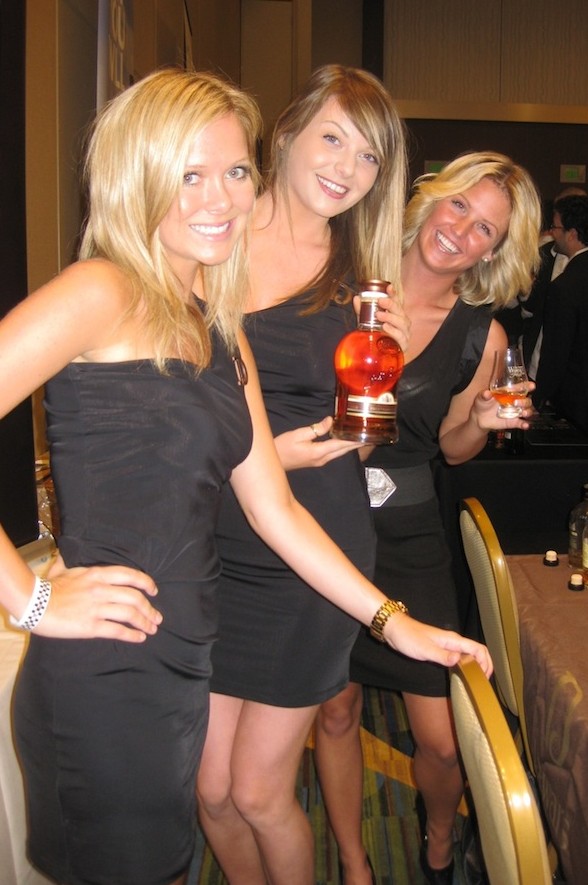 Single Malt Tobermory 15 yr: Was caramel sweet, while Ledaig 10 yr. proffered a midnight haunt, no doubt from the 20-hour peat-firing of its malted barley.

Bunnahabhain 25 yr. Single Malt: Dropped an aftertaste like Independence Day sparklers. A fellow festival-goer suggested, “Pop Rocks!” The 30 yr. was a black velvet carpet you wanted to roll up in clothes-free. The secret to their success? Twenty and 28 years, respectively, in a Bourbon barrel. Ahem.

Elijah Craig’s 18 yr. Single Barrel : Touted as “the oldest single-barrel bourbon in the
world, this Elijah Craig lured with a smoky nose and a sizzle on the back of the tongue. A bit of a
tease, perhaps, that lingered.

Parker’s Heritage 2nd Edition 27 yr. Bourbon: Anointed 2008 American Whisky of
the Year by the Malt Advocate (recently renamed the Whisky Advocate, and proud
producers of this event)—came on with the darkness of Lagavulin single malt, one of the
defining brands of the “smoldering embers” school of scotch. Parker’s is a bridge.

Caol Ila: Whether or not you can pronounce the name,
something to do with muscatel in this drink will make you dance;

Glen Spey 21 yr.: One the VIP favorites for which I have no words beyond wide-eyed memories.

Advice: Arrive early on a full stomach. Match alcohol intake with commensurate hydration. Chat up the VIP guests for hot tips on bottles idling off-shelf. Accept in
advance that you’ll never get to everything you want, but if there’s something you must taste, seek it out early on. Eat when you can (the buffet was tasty and expansive) because the vittles will vanish right after last call. Be polite to the pourers. Don’t even think about driving.

Bottom line: Tickets are $135 for regular admission and $185 VIP (which buys you an extra hour at the start of the evening and opportunities to sample special-edition
spirits). This SF event sold out a few days in advance.

The hundred-plus-dollar question: Is it worth it? The simple answer: Is glowing like the sun while howling at the moon your idea of a hot time? I’ll see you next year.

WhiskyFest New York on November 1, 2011 is already sold out. Tickets are still available at the time of this publishing for WhiskyFest Chicago on March 23,2012.

Special thanks to Jesús Ángel García for sharing his perspective in this video and article.. 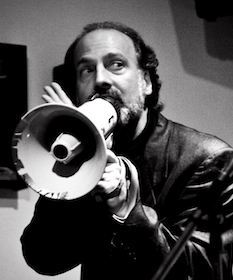 Jesús Ángel García – is the author of badbadbad, a transmedia novel (New Pulp Press) about what happens when sex, God & rock ‘n’ roll meet the social web. A writer, musician & filmmaker based in San Francisco, García has published fiction in Monkeybicycle, 3:AM Magazine, HTML Giant & other literary venues. His non-fiction has appeared in The Faster Times, Vol. 1 Brooklyn and Electric Literature’s The Outlet, where he contributed a tour blog to document this summer’s 32-city badbadbad road show. Visit his website at BadBadBad.net