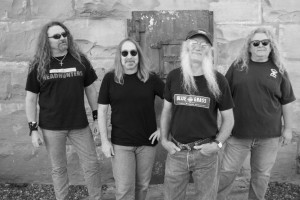 Originally from Metcalfe County, Kentucky, The Kentucky Headhunters are an American country rock band. They were founded in 1968 as Itchy Brother, which comprised brothers Richard Young and Fred Young along with Greg Martin and Anthony Kenney (bass guitar, vocals). In 1986, adding brothers Ricky Lee Phelps (lead vocals, harmonica) and Doug Phelps. They won a Grammy for Best Country Performance and have been recognized by the CMA for Vocal Group of the year.

Filmed and edited by Patrick Kramer