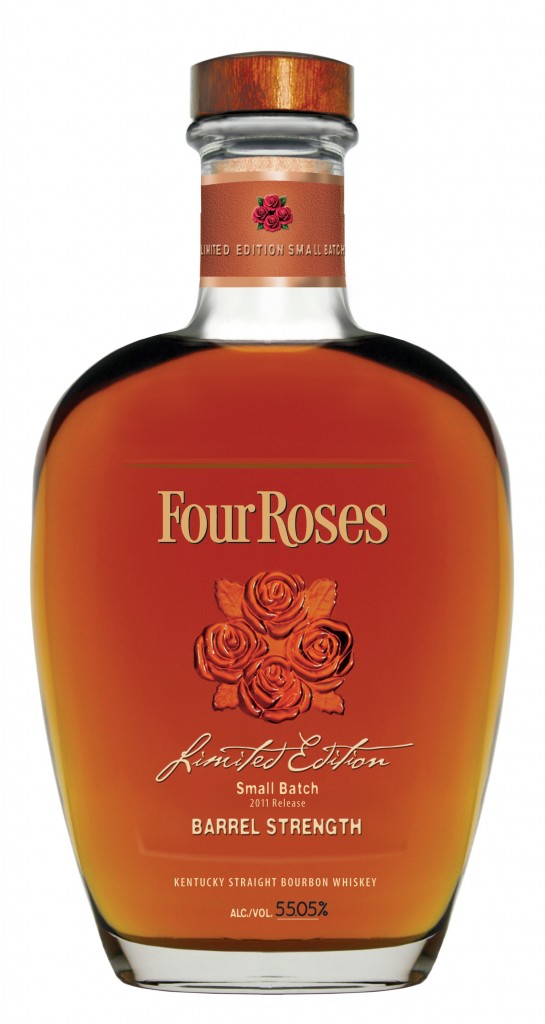 The Four Roses Small Batch Limited Edition Small Batch 2011 Bourbon review. It has been been released and BourbonBlog.com brings you our tasting notes and review below. During Kentucky Bourbon Festival 2011 week, BourbonBlog.com attended a special tasting with Four Roses Mellow Moments Club members at the distillery in Lawrenceburg, Kentucky.

Members of the Four Roses Mellow Moments Club came from across Kentucky, the nation and the globe to enjoy Bourbon Festival and to taste the new Small Batch Limited Edition release. The response was positive as they listened to Master Distiller Jim Rutledge speak about this year’s release.

When I asked Rutledge how it compared to last year’s, he said that he never had tasted a Bourbon quite like the Four Roses Small Batch 2010 Limited Edition. However, this year’s certainly offered new and enticing flavors. We recommend securing your bottle while you can as there are only about 3,500 bottles being released.

Age: From Four Roses 10 unique recipes, the Four Roses recipes in this Bourbon are a blend of OBSK and OESQ, both aged 13 years, as well as recipes OESV aged 12 years and OESK aged 11 years.

Nose: Baking Spices, cinnamon and nutmeg are distinguishable, buttered peaches against toffee. Fragments of cocoa and chocolate are in the background.

Taste: A wave of tangy and sweet candied fruits with notes of cherry  is at the forefront of entry along with the recognizable defined DNA of Four Roses limited editions. There is a juiciness balanced by hints of tannins and mild oak and chocolate. 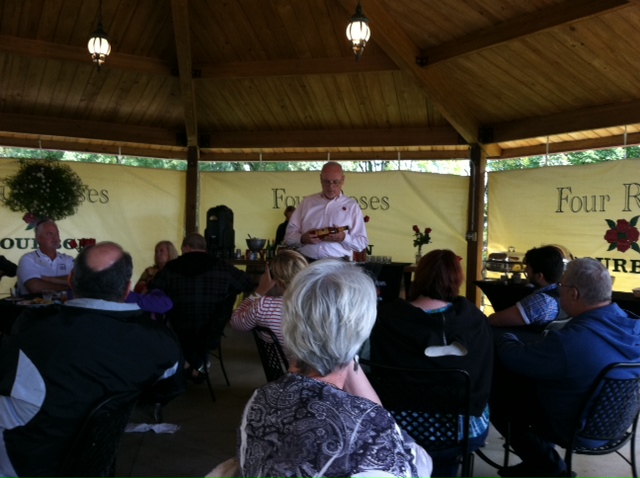