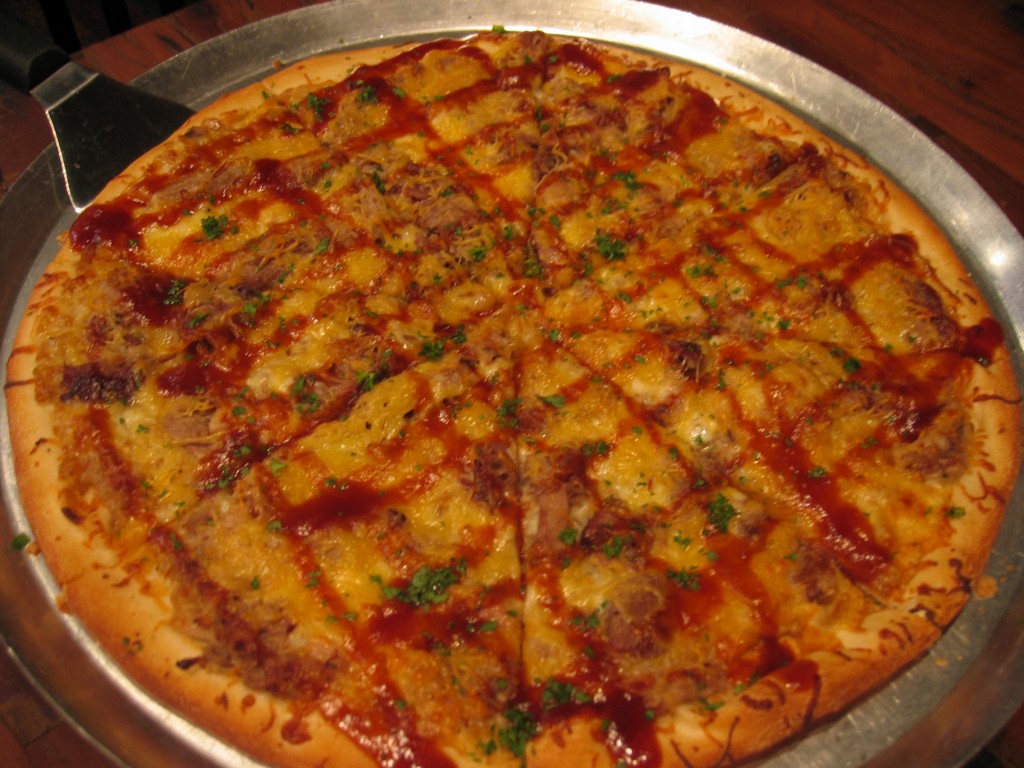 Four Roses tells BourbonBlog.com that the annual Bourbon Pizza made with Four Roses Bourbon has a smoked pulled pork theme.

During the fall, Louisville residents and visitors can enjoy a Four Roses Kentucky Bourbon Pizza at Impellizzeri’s Pizza, all Louisville locations.

Four Roses Distillery and The Original Impellizzeri’s Pizza, have partnered for the second year to create a unique pizza recipe featuring Kentucky’s signature spirit. The 2011 edition includes smoked pulled pork, caramelized onions, smoked gouda cheese and a Four Roses Bourbon barbecue sauce made with Four Roses Yellow Label Bourbon. The pizza will be served as a medium thin crust pizza for $14.99 for a limited time.

“Bourbon has been known for many years by bartenders and mixologists as a very versatile beverage alcohol for mixing cocktails, and in recent years more and more chefs across our country are discovering the unique and complex flavors created by Bourbon in many of their recipes. Impellizzeri’s has created something exceptional with this year’s pizza.”

“Louisville is not only famous for bourbon, but pizza as well,” Wes Phelps of Impellizzeri’s Pizza tells us. “The opportunity to combine the two was a no-brainer.”

The Four Roses Kentucky Bourbon Pizza will be available throughout September and October 2011. 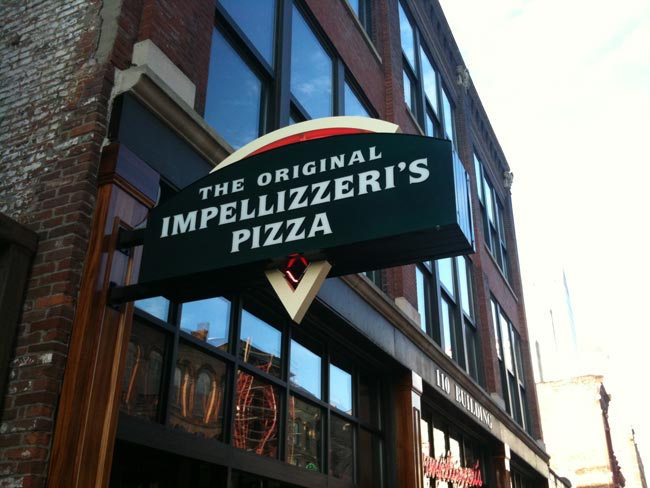