During Tales of the Cocktail 2011, we’re seeing many of our whiskey friends like Raj Bhakta, Founder/ CEO of WhistlePig Rye Whiskey. BourbonBlog.com‘s Tom Fischer does a tasting an interview with Raj Bhakta and learns that in the next 6 months a new 5-7 year old version of the WhistlePig along with a “White Dog” right of the still called “White Pig” could be released. 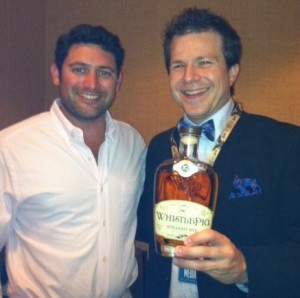 Video filmed and edited by Avi Glick. Photography by David Watson. Special thanks to Spa Aria, Hotel Monteleone for giving us a quiet corner to interview and sip some rye.

One Response to “WhistlePig Rye Whiskey Interview with Raj Bhakta”