We escape from Kentucky to get high with our Bourbon friends from the “The World’s Highest Distillery” which is in Breckenridge, Colorado (at 9600 feet above sea level). Fortunately for us, they have Bourbon whiskey.

Again fortunately, they’re in New Orleans this week for Tales of the Cocktail 2011. BourbonBlog.com‘s Tom Fischer joins friends Breckenridge Distillery at the “Meet the Craft Distiller” event. One of our favorite discoveries was both the Breckenridge Bourbon and the Breckenridge Vodka. Watch the video segment above, read our reviews below and go find these spirits in Colorado, Illinois, and coming soon to Texas, Arkansas and other markets.

Watch BreckenridgeDistillery.com for more updates on their continued roll out and we’ll continue to keep you posted too.

Now, “Get Some ALTITUDE” and review this with us… 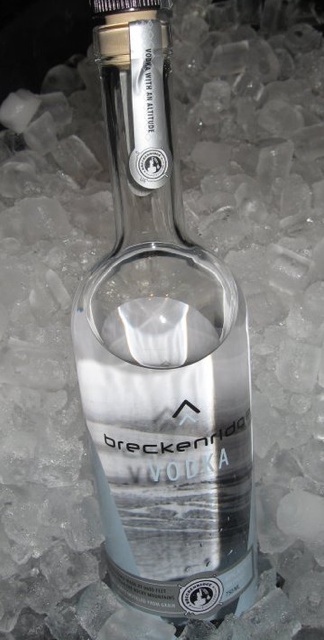 Nose: Soft sweetness of the grain and mildy floral.

Taste: Whoaa..I’ve drank a lot vodkas by every distiller from those who have been in the business hundreds of years to those who just got started last year. This vodka stands in it’s own class with character, depth and flavor. What’s even better is that it is not a flavored vodka. So for the rest of you vodkas that have nothing but alcohol, heat and grain to show, go home.

Breckenridge Vodka brings it for the mixologist with clear, clean and creamy flavors lemon and mild coconut due to a slow filtration over strips of charcoaled coconut shells.

You can almost taste the snow.

Nose: Bit of sweetness, vanilla with moderate touches of oak.

Taste: Light entry gives way to pleasant oak complimented by a slightly creamy and delicious Bourbon whiskey. The taste is down to Earth, literally because the water source from this snowmelt is reflected in the light mouthfeel and texture. Hints of apple pie and baking spices.

The “Highest Distillery in the World” is more great slogan, it is clear that the fine Breckenridge snow-melt water contributes to flavor in this Bourbon and helps to make it one of this one of most deliciously straightforward Bourbons we’ve found in a while at BourbonBlog.com.

Finish: The high rye recipe gives some bold spice as you near the finish 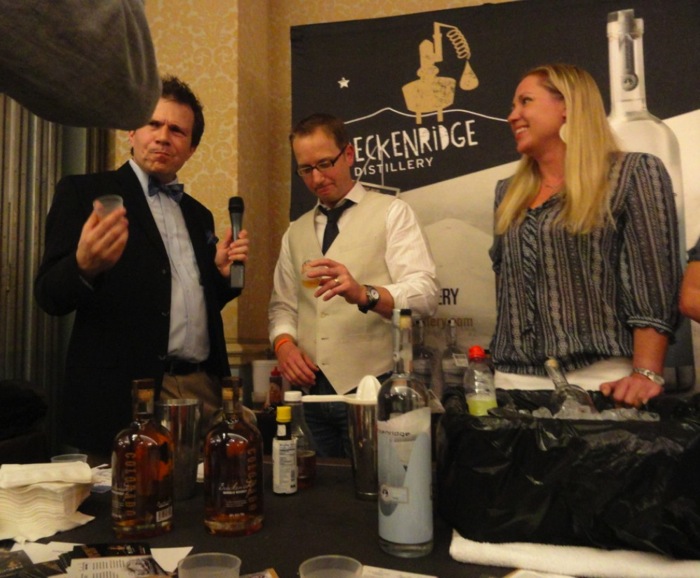 Tom tastes Breckenridge Bourbon for the first time at Tales of the Cocktail 2011, yes this face means he is impressed